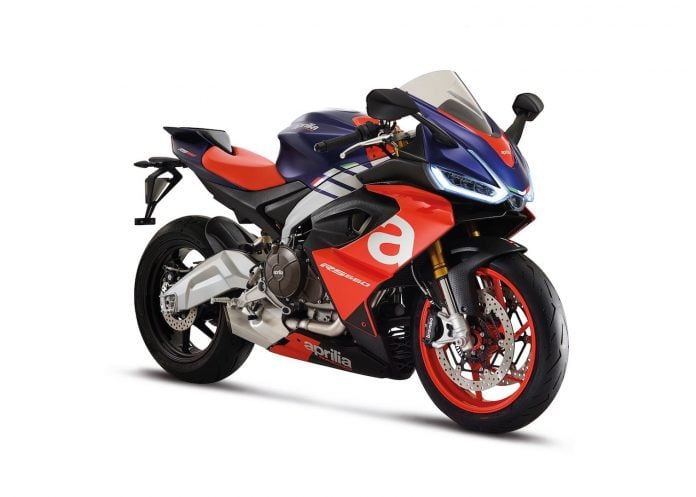 After a year of anticipation, Aprilia officially unveiled the RS 660, a parallel twin that brings much-needed energy to the world of middleweight sportbikes.Aprilia released all the details at 2019 EICMA Milan Motorcycle Show. Here’s a first look at a motorcycle we are eager to ride. 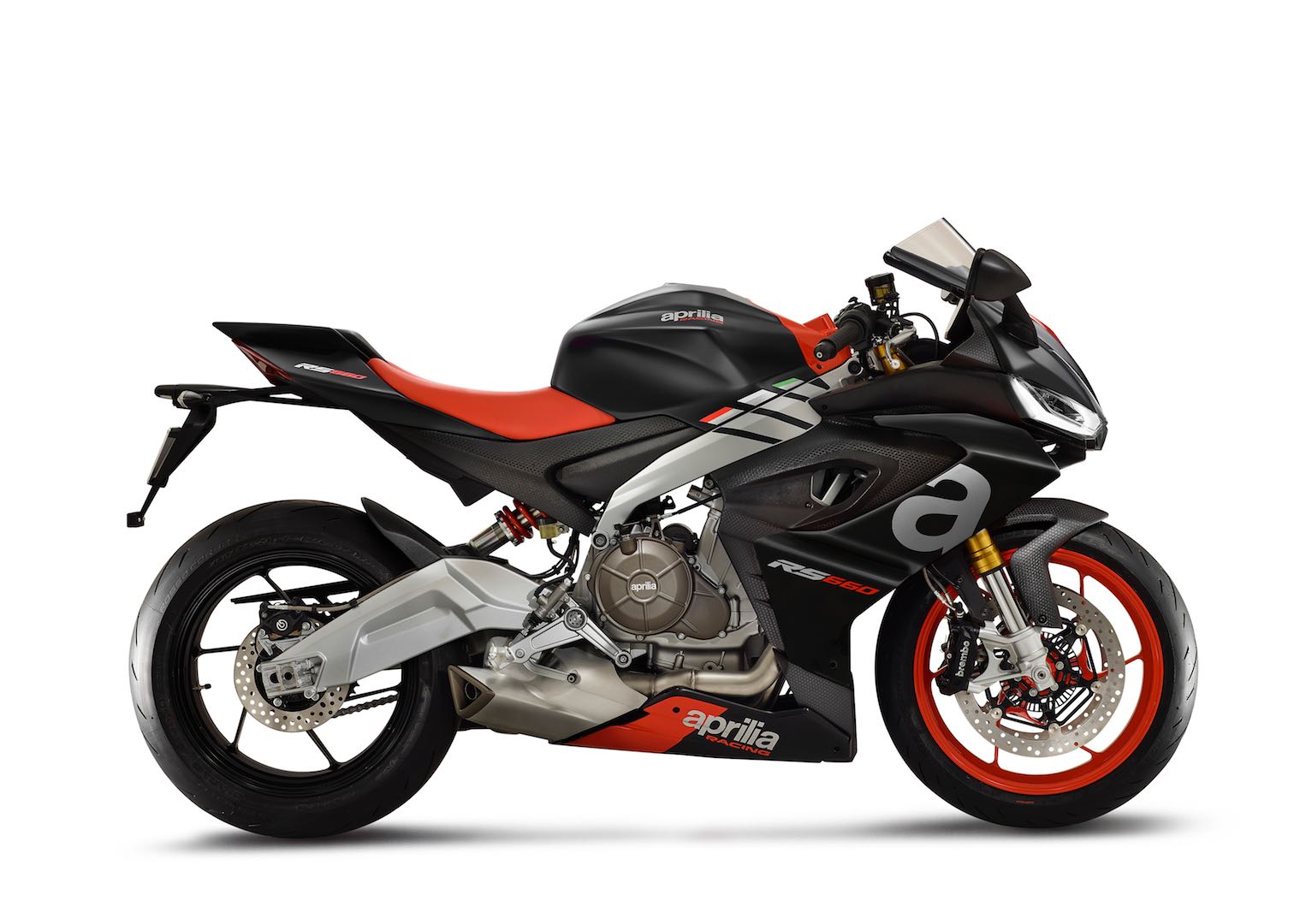 1. The Aprilia RS 660 is powered by an all-new 660cc forward-facing parallel twin that is Euro5 ready. Aprilia engineers basically used the front-half of the 1100cc RSV4 powerplant to develop the concept and measurements of the 100-horsepower RS 660 engine (peak power rpm and torque numbers were not released). The DOHC engine uses a 270-crankshaft design versus a 360- or 180-degree design. In the 360 design, both pistons move up and down in unison and only one is fired on each upstroke. On the 180 design, one piston reaches the top to be fired while the other one is bottomed out. The 270 design has one piston is stopped while the other is at full speed. The 270-degree configuration assists with traction and gives the motor a unique sound.2. Unlike other middleweights that lack a full range of electronics, the RS 660 is loaded with the latest from the Noale-based Aprilia. The RS uses a six-axis Inertial Measurement Unit (IMU) that uses accelerometers and gyroscopes to measure the parameters needed to control the electronics.The RS 660 has:The RS 660 gets cruise control as standard, something typically not associated with middleweight sportbikes. 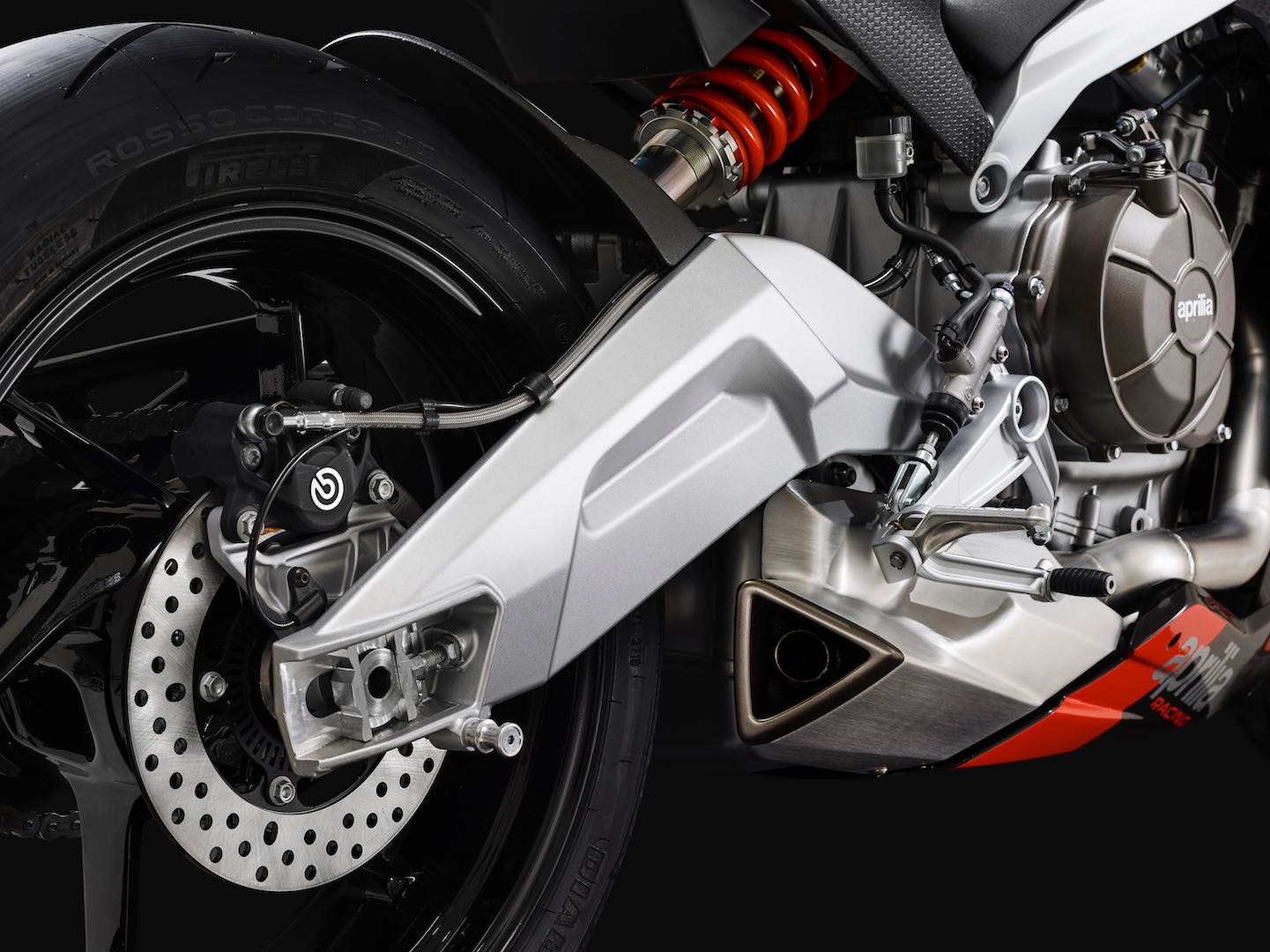 3. The Aprilia RS 660 weighs 372 pounds dry. Helping to keep the weight down is an aluminum frame that uses the engine as a load-bearing element and an aluminum swingarm.4. Suspension duties in the front are handled by a fully adjustable Kayaba 41mm fork. An unnamed adjustable shock that shares the same mounting to the swingarm as the RSV4.5. Brembo brakes are found all around, clamping dual 320mm discs up front.6. The RS 660 arrives with a “double fairing” design that mimics the RSV4 superbike’s design. The extra outer fairing helps increase downforce to keep the bike stable at high speeds. 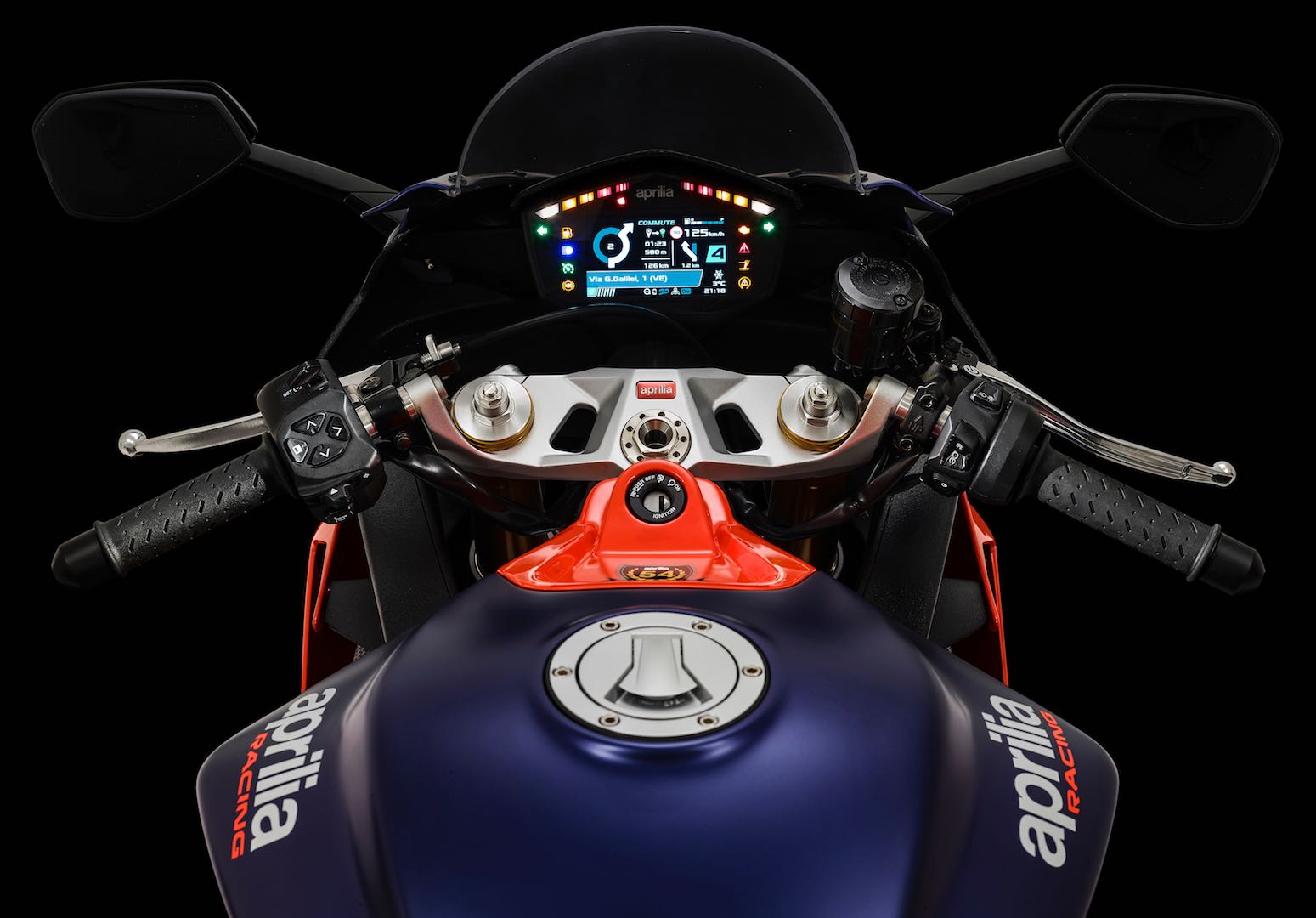 7. The RS also borrows the triple front LED lighting setup from the RSV4. Daytime driving lights are standard, along with self-canceling turn signals and cornering lights.8. Other highlights include a five-inch TFT dash, Aprilia’s new multimedia platform for smartphone connectivity, and new controls for easier navigation through the gauges.9. The 2020 Aprilia RS 660 will be available in two color versions:10. Aprilia has yet to report pricing or availability, but we’re expecting the RS 660 to arrive stateside by mid-summer 2020. 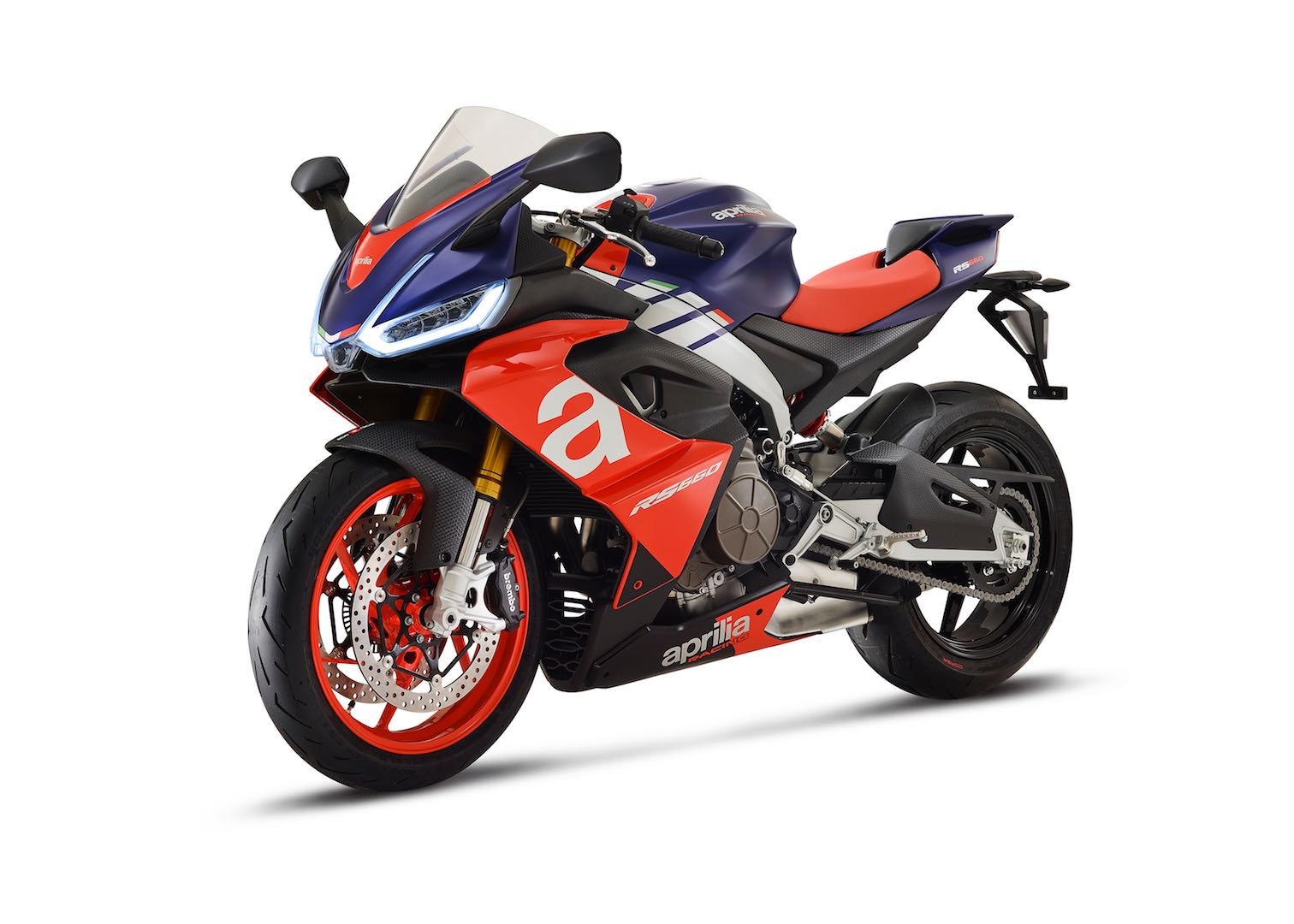