Although Bridgestone stepped down from its role as the official MotoGP tire supplier in 2015—a role that began in 2009—the design technology it had learned has now filtered down into its street-tire designs. The latest outcome of this experience is the Bridgestone Battlax Hypersport S22, which is not merely an advanced “Evo” version of the S21, but an all-new offering. 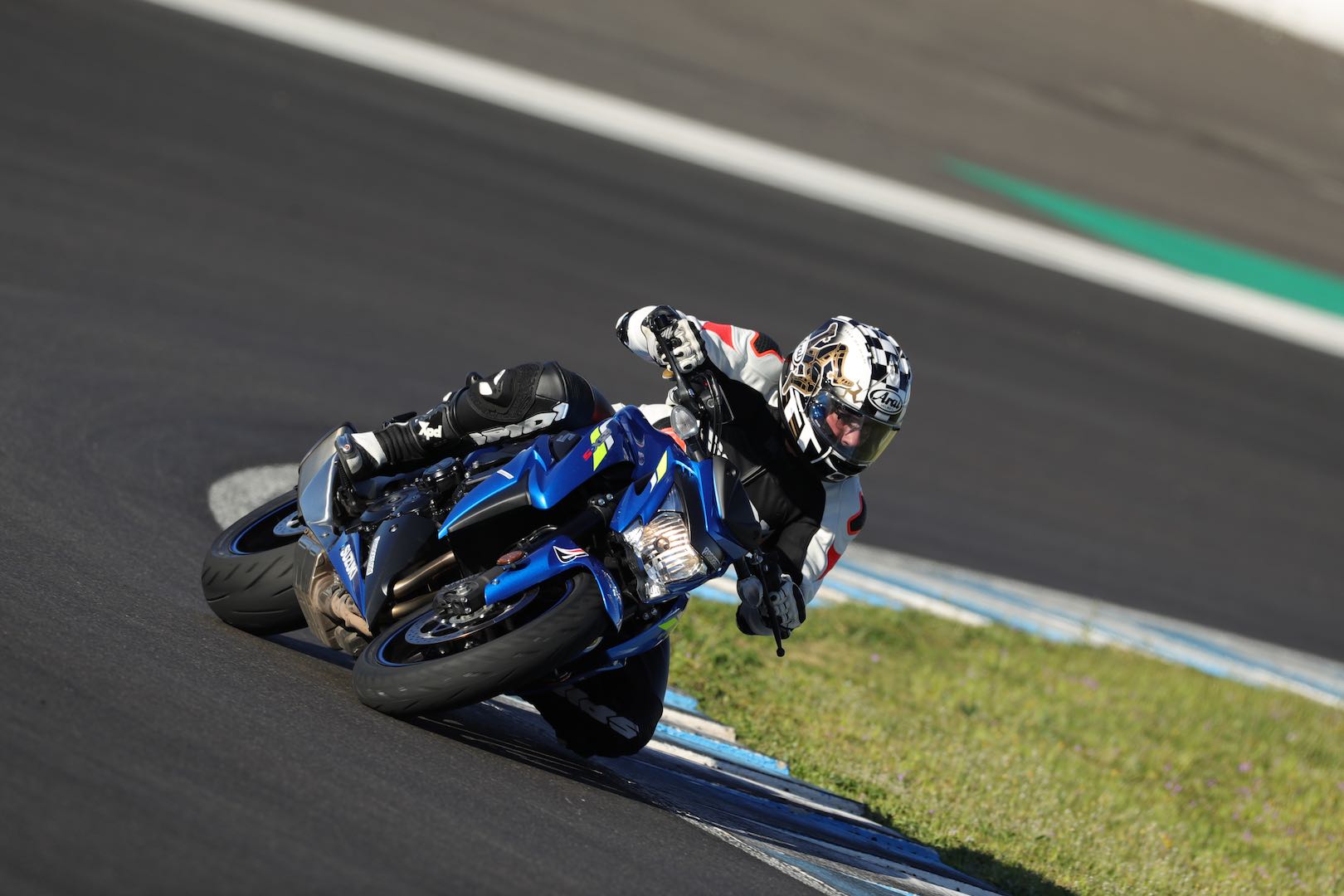 1. The S22 has increased grip through its revised tread design and structure that features a three-layer compound (3LC) design up front, and a five-layer compound (5LC) out back. This doesn’t mean you get three separate layers. Instead, there are two up front—the same soft compounds on the outside, and one hard compound on the center of the tire—and three out back (edge, wall, and middle).

2. Bridgestone says the outer edges are softer than the S21, which provides additional grip. The center compound was also redesigned and features a 25 percent increase in the silica molecule ratio when compared to the S21. This means there is more area of the sticky components of rubber on the ground for added traction.

3. The difference in grip over the S21 is immediately noticeable. The tire warmed up quick, and by turn two at Jerez on the GSX-S1000, my knee was planted, and there was zero squirming from the S22. 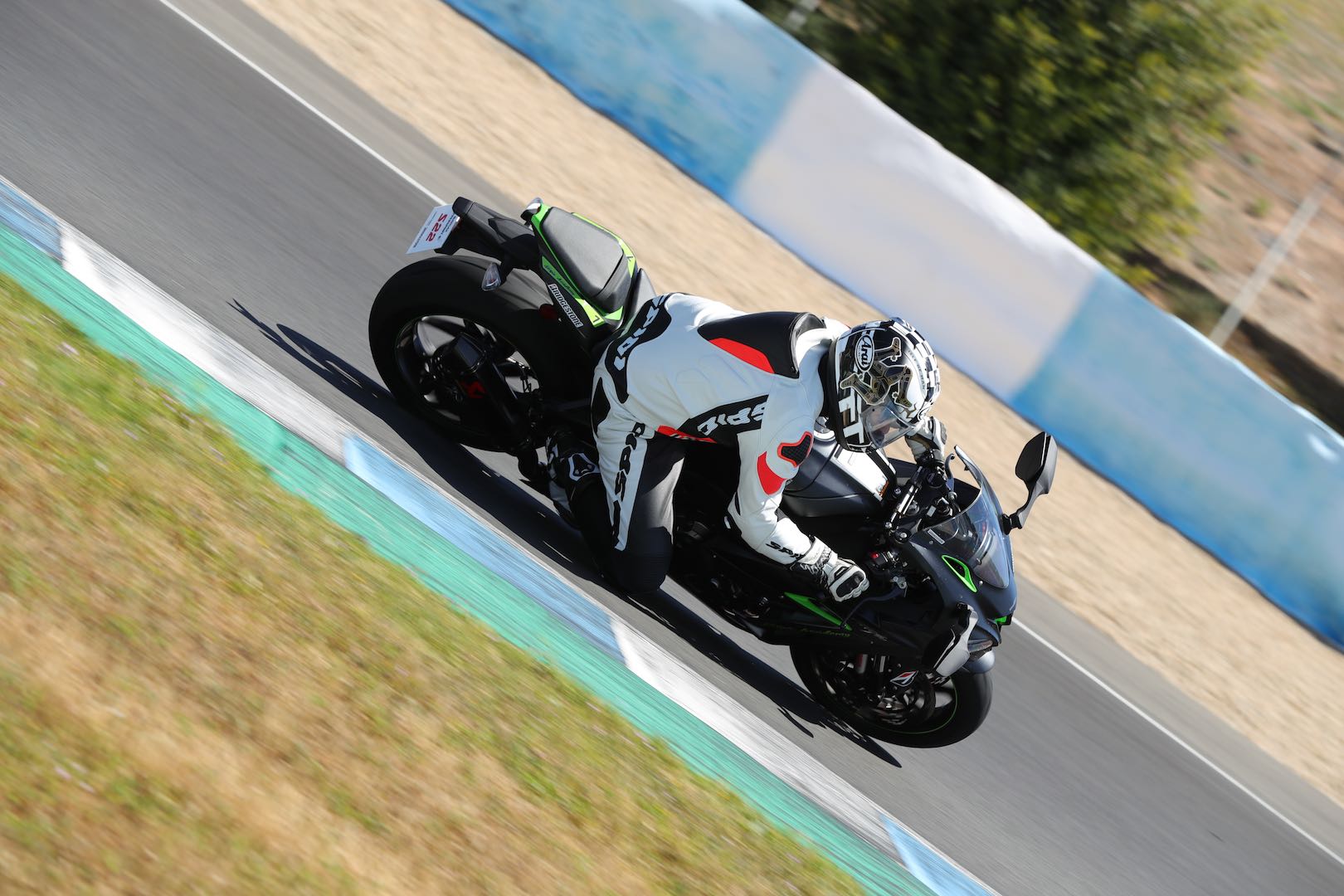 4. Bridgestone markets the tire as having lighter handling, especially on the literbikes, and it does. I’ve struggled with the ZX-10R Ninja on track due to a heavy turn-in feel, but after the day’s session, I felt fastest on the ZX-10R. I attribute the quicker turn-in to the S22’s redesigned and improved sidewall over the S21.

5. The reduced grooves on the sidewall is claimed to result in a quicker turn-in, and I agree. For track riders, think of the quicker turn-in of a slick over a street tire— fewer grooves equals more rapid transitions. The S22 has less groove material on the sidewalls, which helps put more rubber down when turning, allowing you to turn quicker. This lighter handling also translates to corner exits. I was able to get literbikes transitioned to the meatier part of the tire with ease when exiting and accelerating out of corners.

6. Besides lighter handling, the S22 also is designed for increased stability over the S21. Like the points above, the improvement is not subtle, especially on Jerez’s back straight where speeds are well over 140 mph. The motorcycles remained stable from full throttle to heavy braking on the back straight. The latter was especially noticed on the lighter Ninja ZX-6R under harder braking where all the weight quickly transitions to the front tire. Two factors contribute to this stability—a new 3D edge design of the grooves, and the incorporation of Bridgestone’s MS-Belt with HTSPC technology on the front tire. This stability was noticeable across the entire lineup of bikes I rode. Two motorcycles with very sloppy suspension setups helped qualify my position evaluation of increased stability.

7. In regards to wet performance, Bridgestone says the S22 has recorded lap times five percent faster than the S21. Except for one tiny puddle that didn’t dry all morning at Ángel Nieto corner (turn 9), I experienced zero riding in the wet conditions. I can say my S21s performed exceptionally well in rainstorms and early morning damp conditions on the street, including coming up to temperature quickly and providing ultimate traction. Bridgestone has proven its data accurate on all other elements of the tire, so I’m sure the improved groove design on the S22’s tread increases performance in the wet. 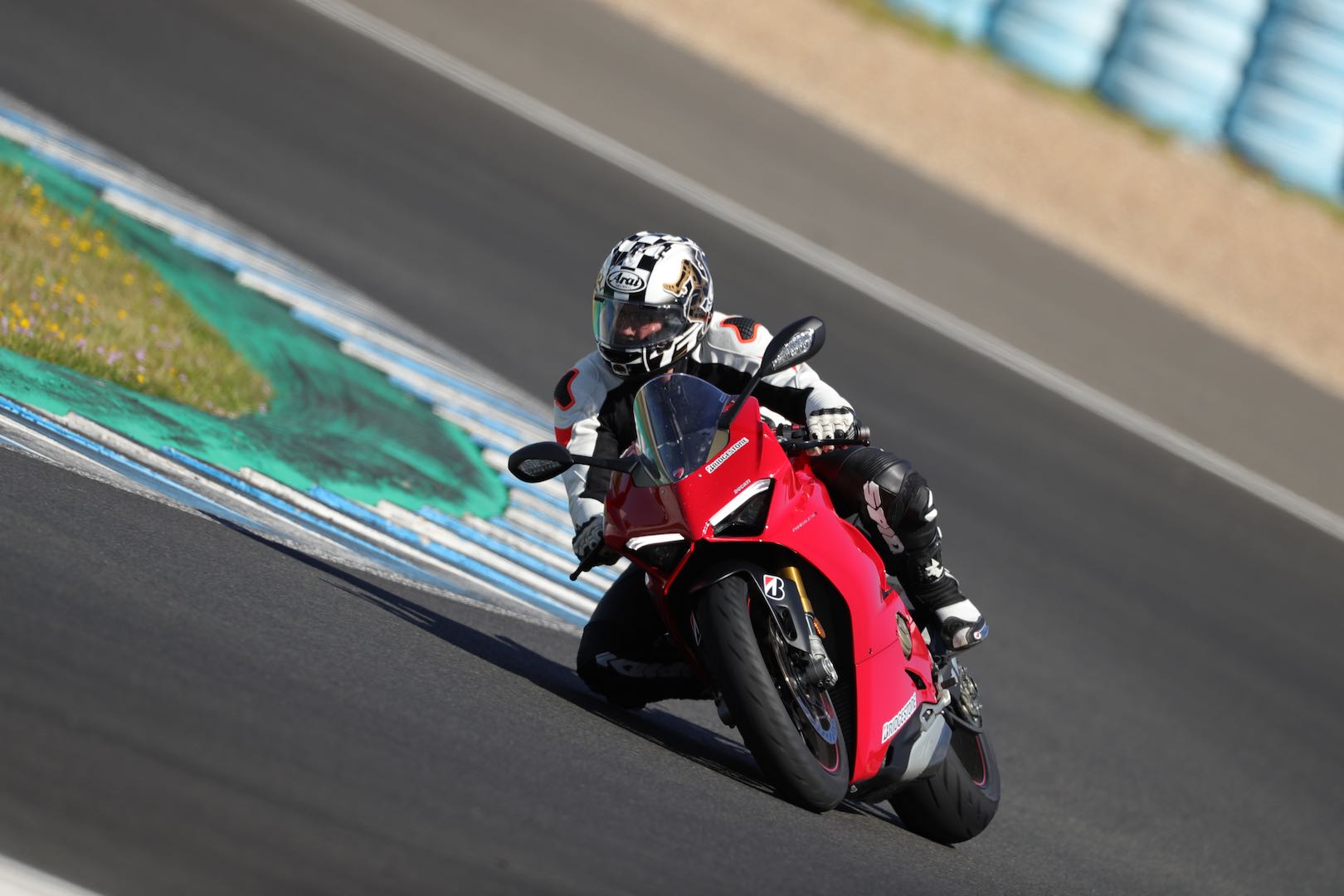 8. Just as I can’t attest to the wet performance of the Bridgestone Battlax Hypersport S22, I can’t attest to the tire’s mileage. Bridgestone says the tires have the same longevity as the S21, a tire I’ve had on my 1198 street bike for just over 2000 miles with minimum wear. Of course, the S22 tires at the Jerez track day were smoked by lunchtime. Even then, the S22s impressed with the high levels of grip after circulating through multiple heat cycles – a process that kills a tire quickly. I did spend some time – um, most of the final session – having some fun backing a CBR1000RR with TC off into some corners, and though beat, the S22’s rear tire still provided plenty of feeling.

9. There is a wide range of widths coming for the Bridgestone S22, though availability will be rolled out in two waves. By the time Bridgestone is finished, you will be able to get the S22 in rear widths from 140 to 200mm, and a choice of 120 or 110 in the front. 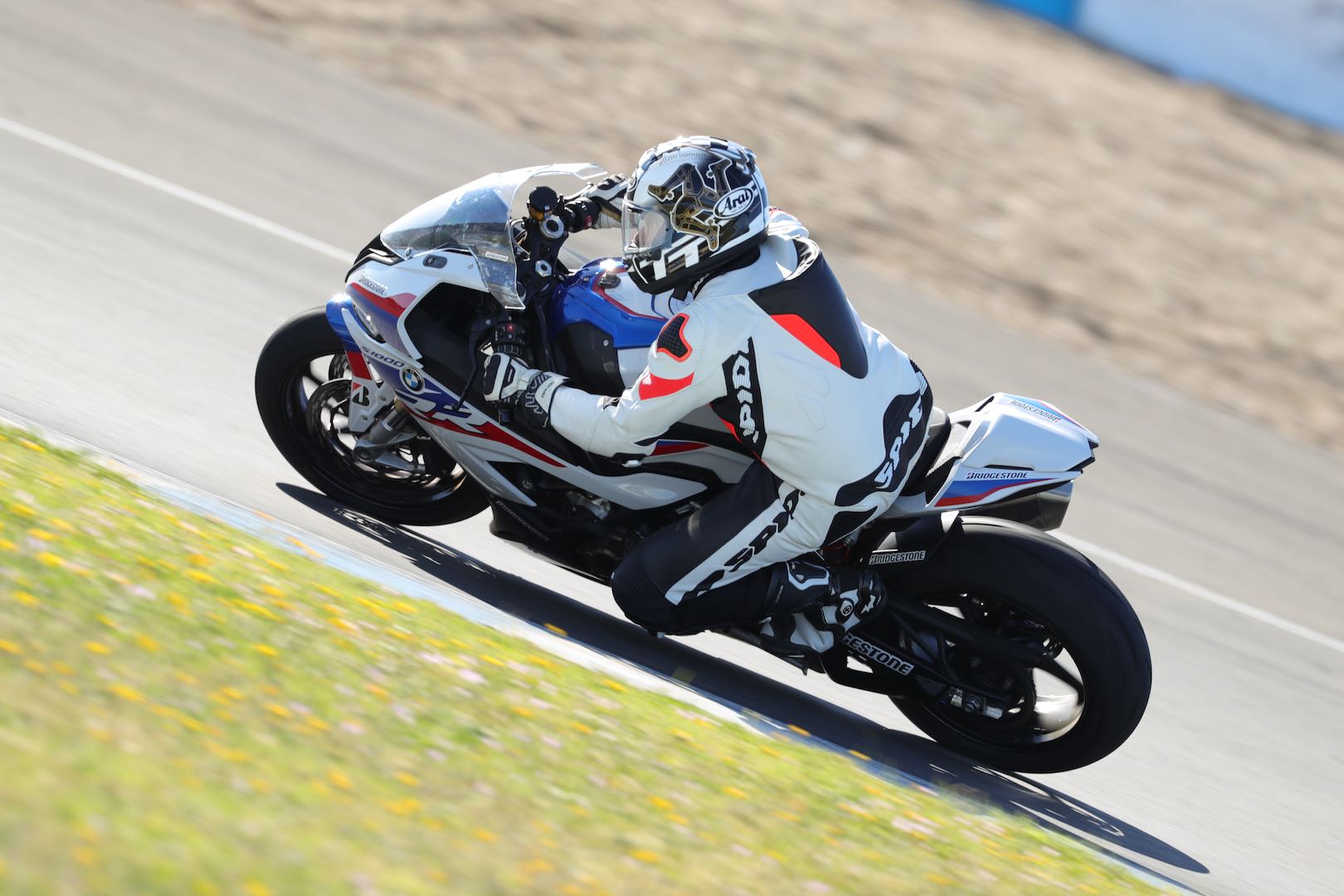 10. I can easily say that Bridgestone’s new S22 tops the S21 in the handling and stability department. Four elements attribute to this; the S22:

When all four of these elements combine, the speeds are quicker and the smiles larger. The advancements in motorcycle tire technology over the past decade is beyond impressive, and somehow tire manufacturers like Bridgestone continue to advance this technology even further. The outcomes of these advancements that are easily detectable in the new Bridgestone Battlax Hypersport S22 increase safety and rider confidence—two elements that when combined keep the soul-churning for more seat time. I experienced this feeling on the track, and I look forward to testing it on the street where things are turned down a notch or two.

0
Eli Tomac made it three winners in three races on three brands in the 2020 Monster Energy Supercross Championship Series as he overcame a...
Read more
MotoGP