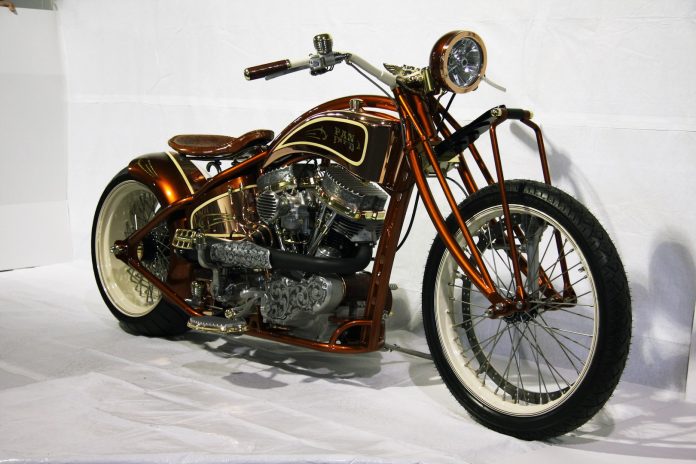 Ultimate Motorcycling started as Robb Report MotorCycling in the Spring of 2004. It was the natural outgrowth of a special section in Robb Report, and headed and founded by Senior Vice President, Publisher Arthur Coldwells—who has remained at the helm to this day.For our 100th issue, we took a look back at the other “0” issues along the way, though we will start with Issue Number 1. 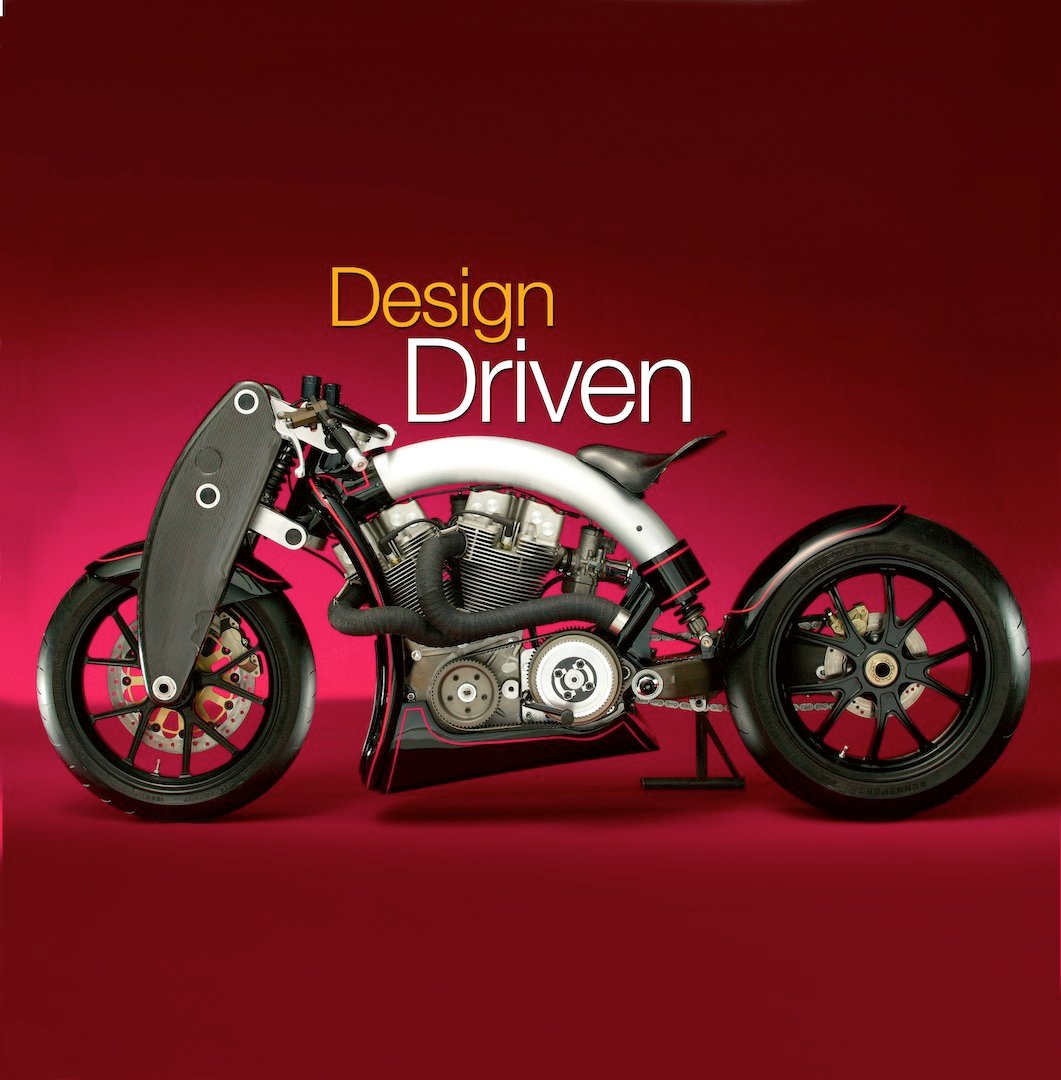 #1. Spring 2004: With Editor Chris Nugent, the stunningly creative forces of Curtco Robb Media (the parent company) put together a motorcycle magazine unlike anything produced before or since. Where else were you going to see a high-fashion motorcycle shoot in New York City’s Times Square by Mark Jenkinson? The cover, shot by Cordero Studios, is of the unforgettable Confederate Wraith with a statement of intent for the magazine—Design Driven. 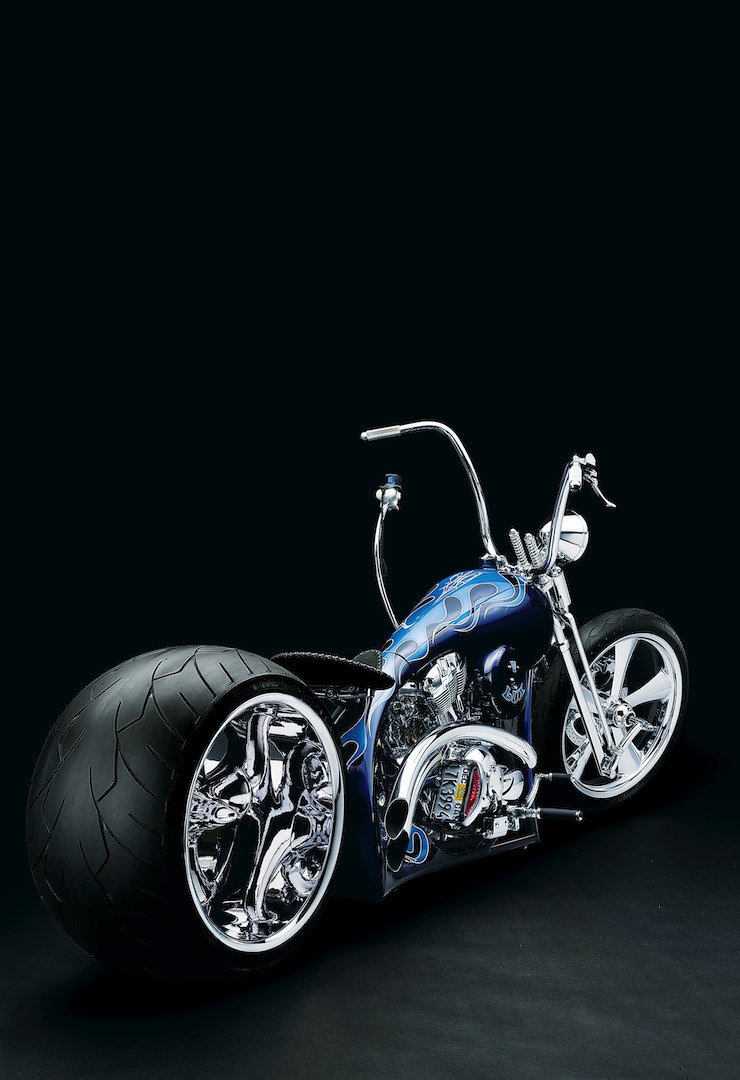 #10. January/February 2006: Ten issues in and doing quite well with readers, Robb Report MotorCycling was in a bit of turmoil following the departure of Editor Jeff Buchanan for the world of screenwriting. There’s no editor, so Holly Aguirre organizes the magazine as Contributing Managing Editor. Arthur Coldwells becomes Editorial Director and Publisher. Superb longtime contributor Michael Schulte pens a memorable tale—I Left My Tart in San Francisco. This time, the cover is HotMatch Custom Cycle’s VLux, again shot by Cordero Studios. 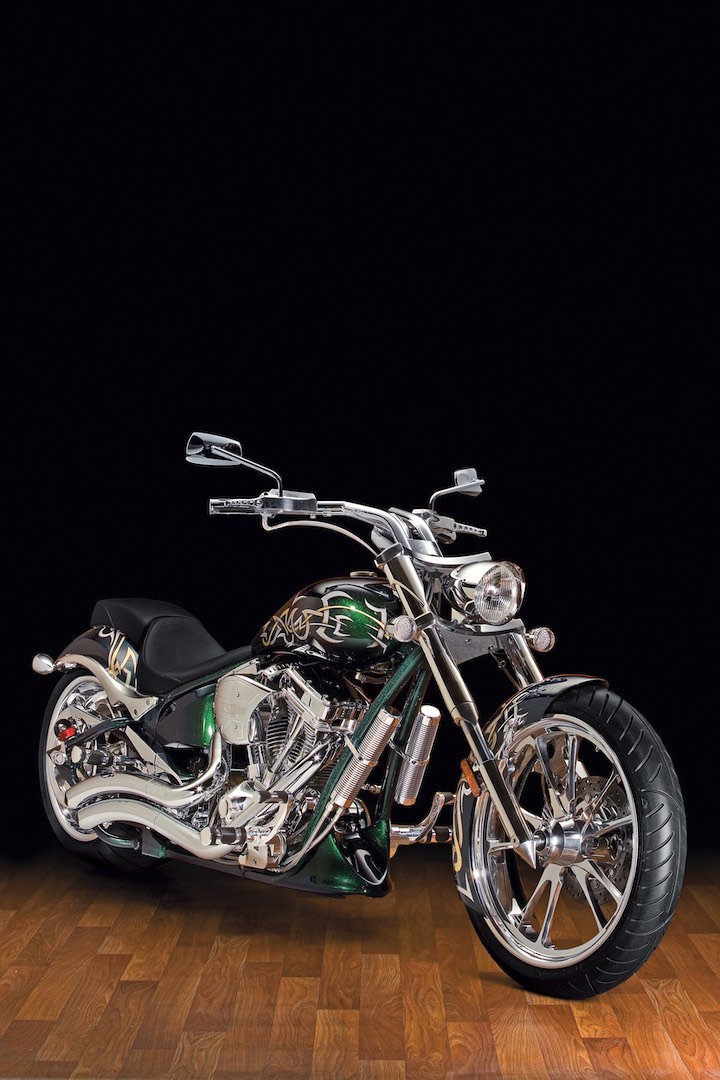 #20. August/September 2007: Don Williams is now the editor of RR MotorCycling, having stepped into the breach at the end of issue #11. With extensive previous motorsports publishing experience, Don enhances the authenticity of RRMC. Bri Haupt joins the team as Quality Assurance Manager. Bri is now Bri Cumbre, and the Design + Production Director at Ultimate Motorcycling. Don continues to this day as UM Editor. Cordero Studios again shoots the cover—this time the Big Dog Bulldog. 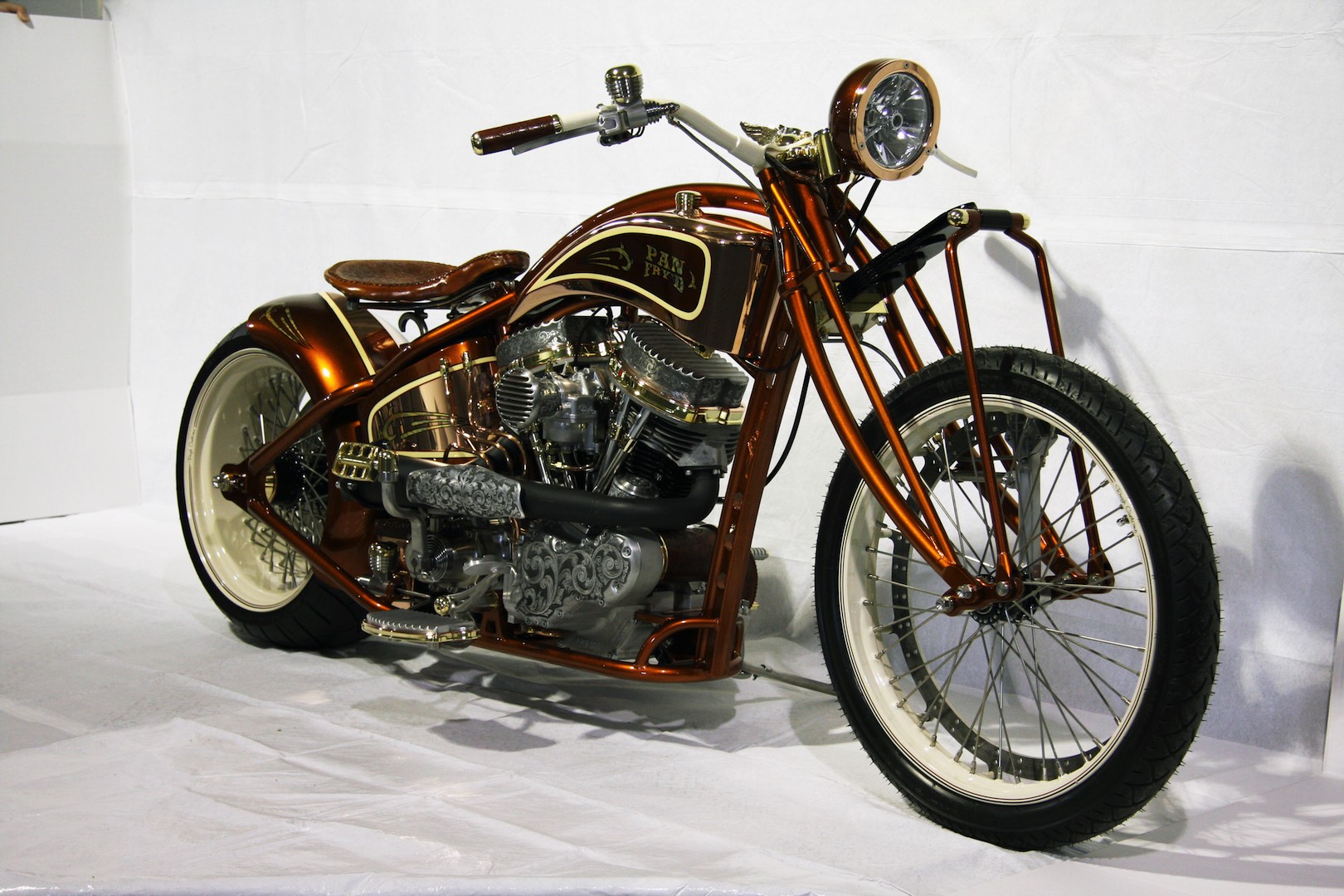 #30. April/May 2009. Big changes as Arthur purchases the magazine from Curtco Robb Media and we become Ultimate Motorcycling. Jess McKinley and Kelly Callan join the team as editors, and they’re still here! It’s also our 5th-anniversary issue. Tough Customs’ Pan Fry’d is on the cover—barely. The photo came in late and required extensive Photoshop surgery, though the story by longtime contributor David Morris was brilliant, as always. Online Director Mike Quindazzi gets UltimateMotorcycling.com up and running. Mary Buch joins as Business Manager, and is now our Vice President, Publisher. 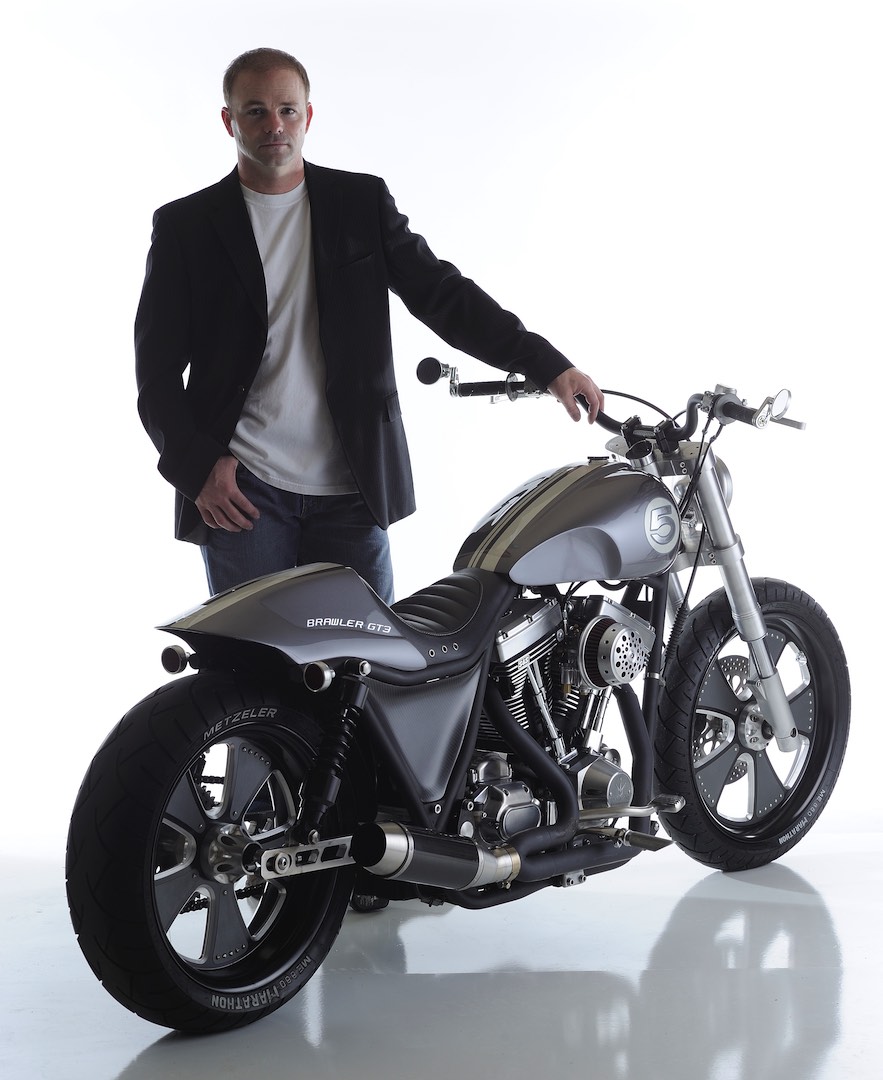 #40. Winter 2011. For the first time, the cover of Ultimate Motorcycling includes a person—Dar Holdsworth of Darwin Motorcycles with his Brawler GT3, shot by James Pratt. In a development that continues to the present day, Website Editor Ron Lieback joins the team as an Associate Editor for UltimateMotorcycling.com. Longtime editor Shawn M. Pickett tests the latest Big Dog Bulldog as the low-production high-end custom cruiser market starts to fade. 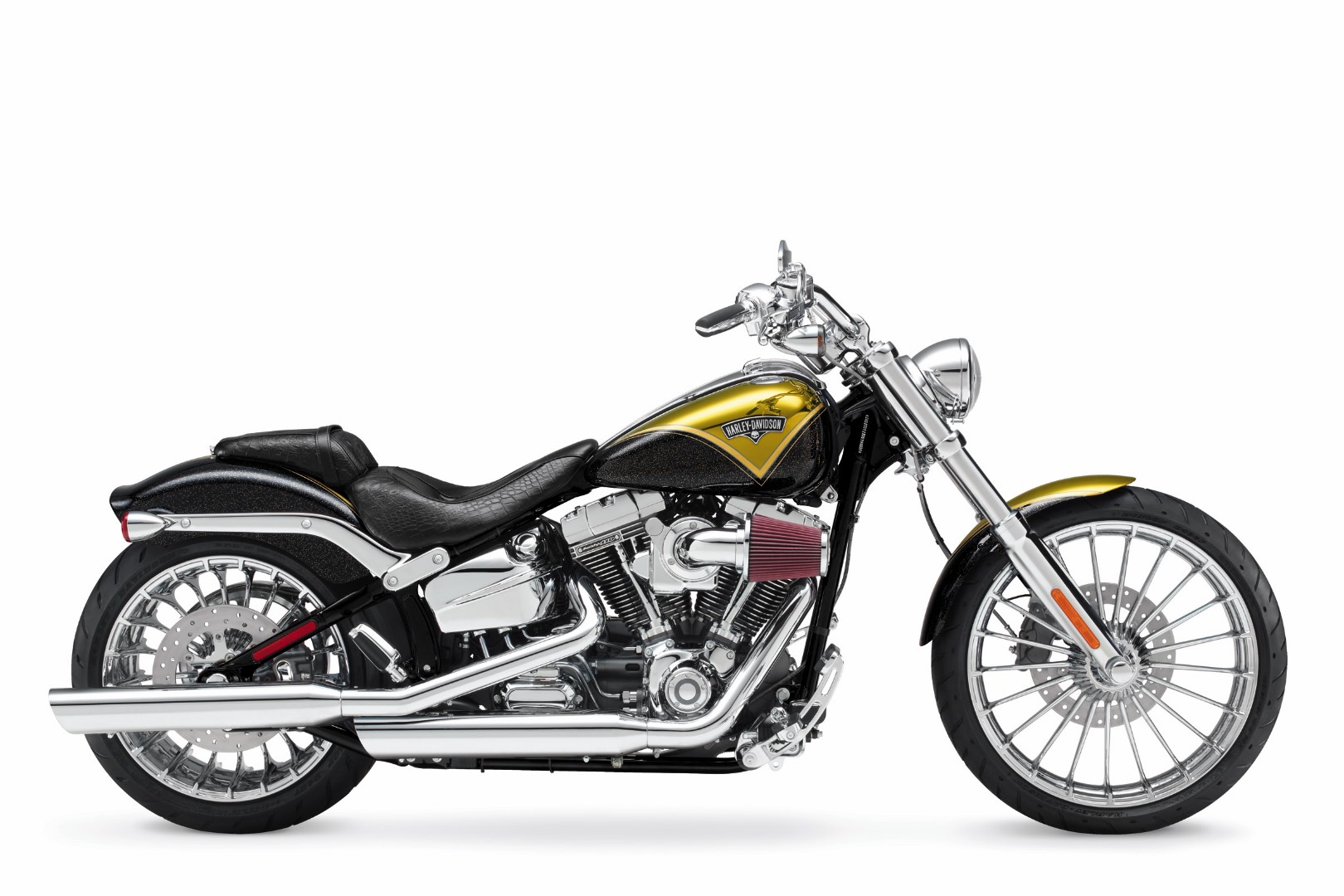 #50. September 2012. Ultimate Motorcycling reunites with the remarkable creative design team at the Ross/Madrid Group. Robert Ross and Roland Madrid were instrumental in the development of Robb Report MotorCycling, and give Ultimate Motorcycling a strong graphic boost. Arthur tests the Harley-Davidson CVO Breakout shown on the cover. 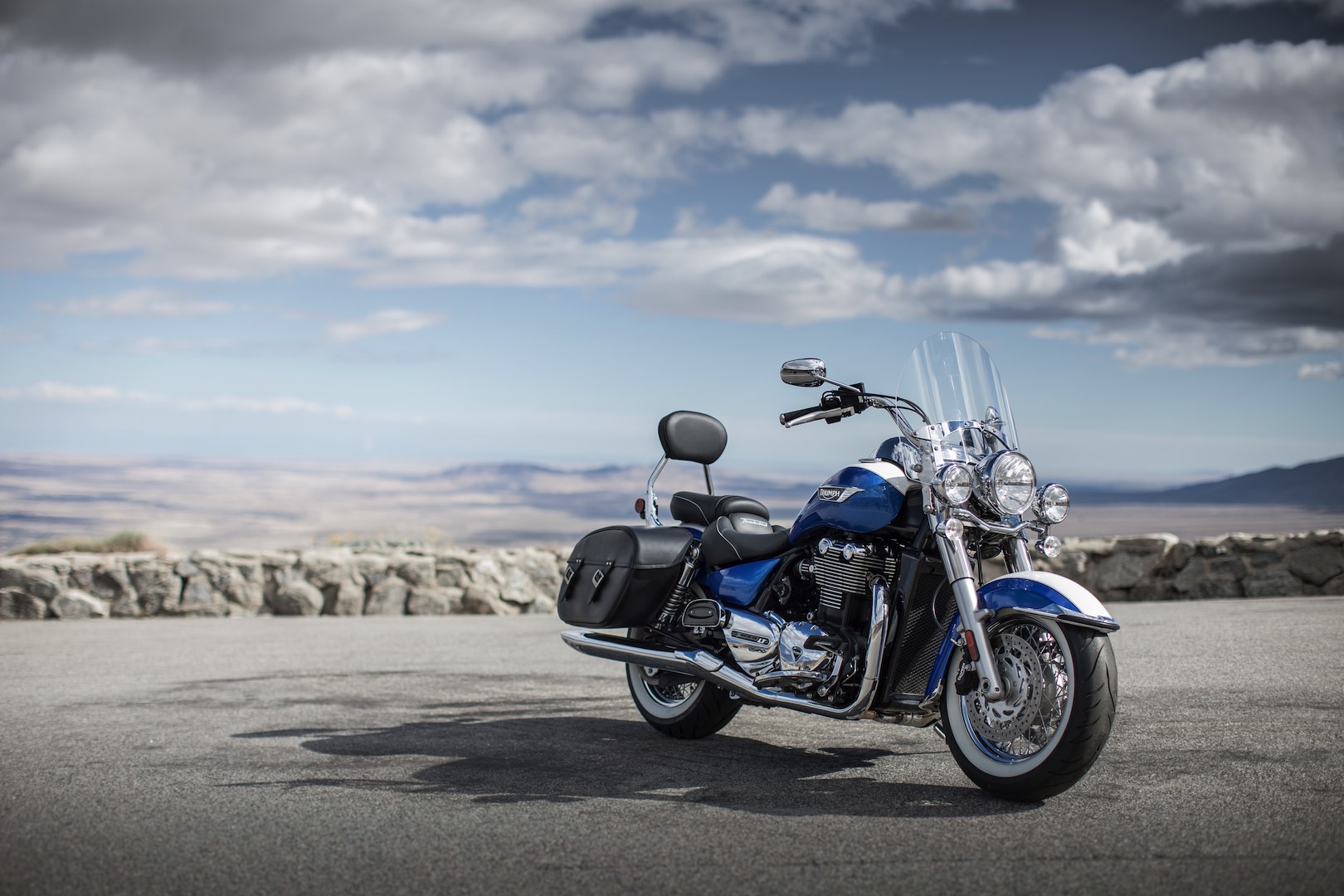 #60. May/June 2014. The Triumph Thunderbird LT is on the cover, tested by longtime editor Gary Ilminen, writer of some of our website’s most popular and enduring stories. We do a couple of epic comparisons—the Indian Chief Vintage and Harley-Davidson Road King, along with the fast-and-naked Aprilia Tuono V4 R, KTM 1290 Super Duke R, and Triumph Speed Triple R. Longtime friend of the magazine Kaming Ko joins as Consultant-At-Large. 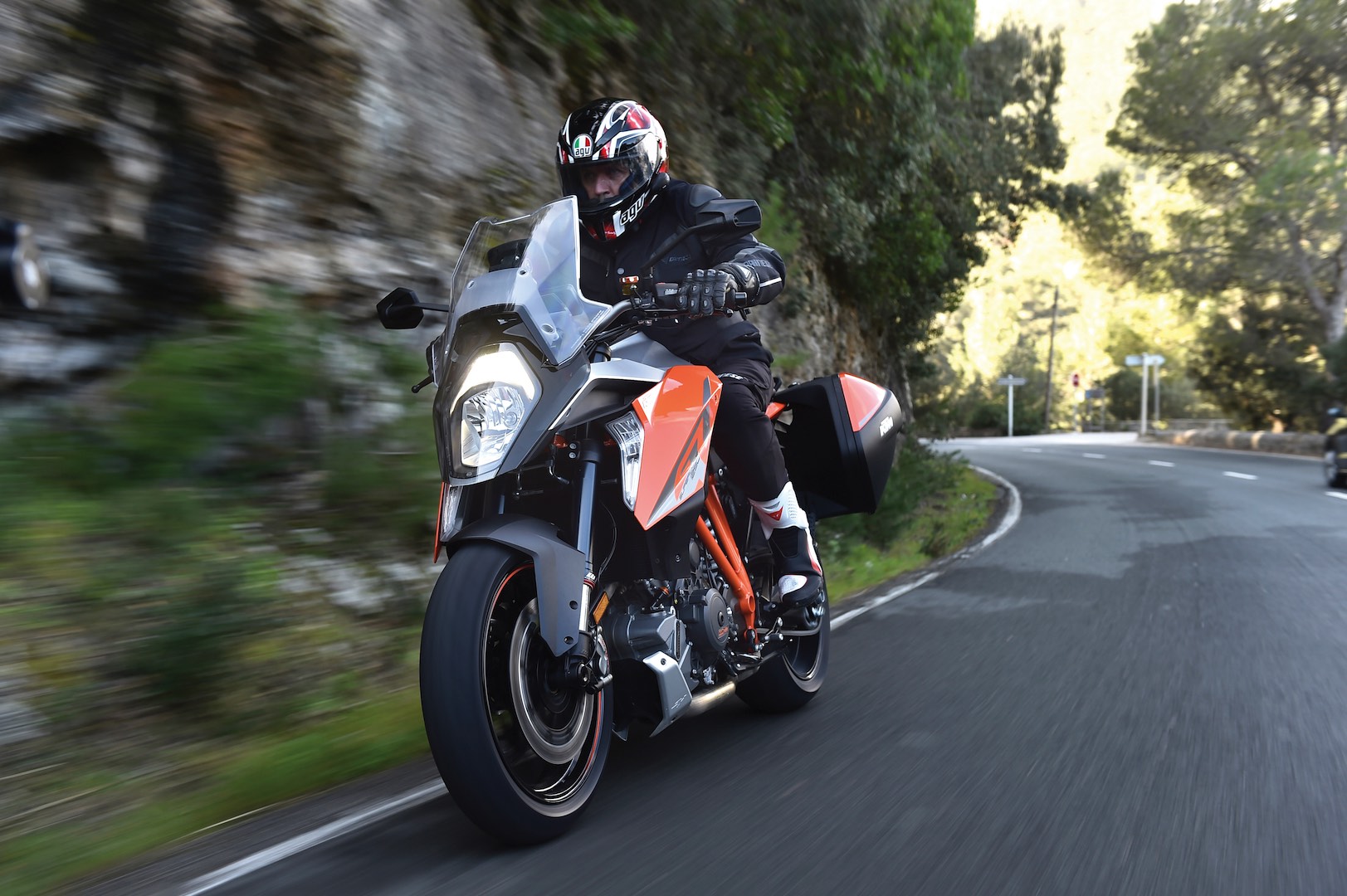 #70. Late Spring 2016. Regretfully, this is the last print issue in this list. Arthur is on the cover, shot by Marco Campelli, riding the KTM 1290 Super Duke GT in Mallorca. We tried to stay in print, but it just didn’t pencil out. We had one more print issue, and then we transitioned to our wildly successful mobile app magazine. In a significant development, Nic de Sena joins Ultimate Motorcycling as an Editor At Large—he’s now our Senior Editor. Other important Editors-At-Large include Jonathan Handler, Dianne Zicarelli Johnson, Rick Kippes, and Tim Warriner, all of whom transfer to the digital realm with us. 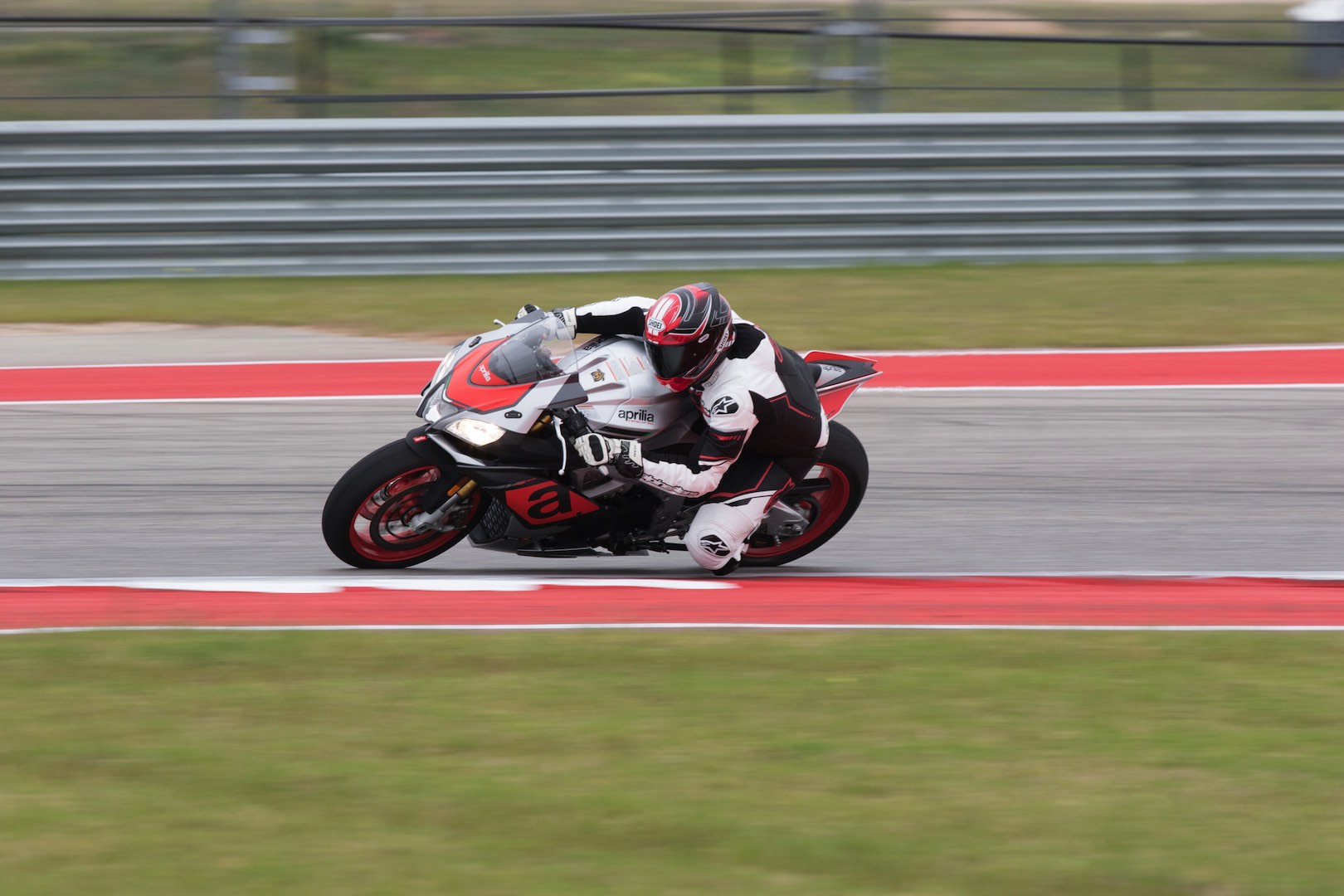 #80. May 2017. We’re well in the swing of the digital app, with Ultimate Motorcycling becoming a monthly for the first time in its history. Website Editor Ron Lieback is on the cover—shot by BrockImaging—testing the Aprilia RSV4 at COTA. Andrew Oldar joins Ultimate Motorcycling as an associate editor before heading off to run Dirt Rider magazine. Bri takes over as Design + Production Director. 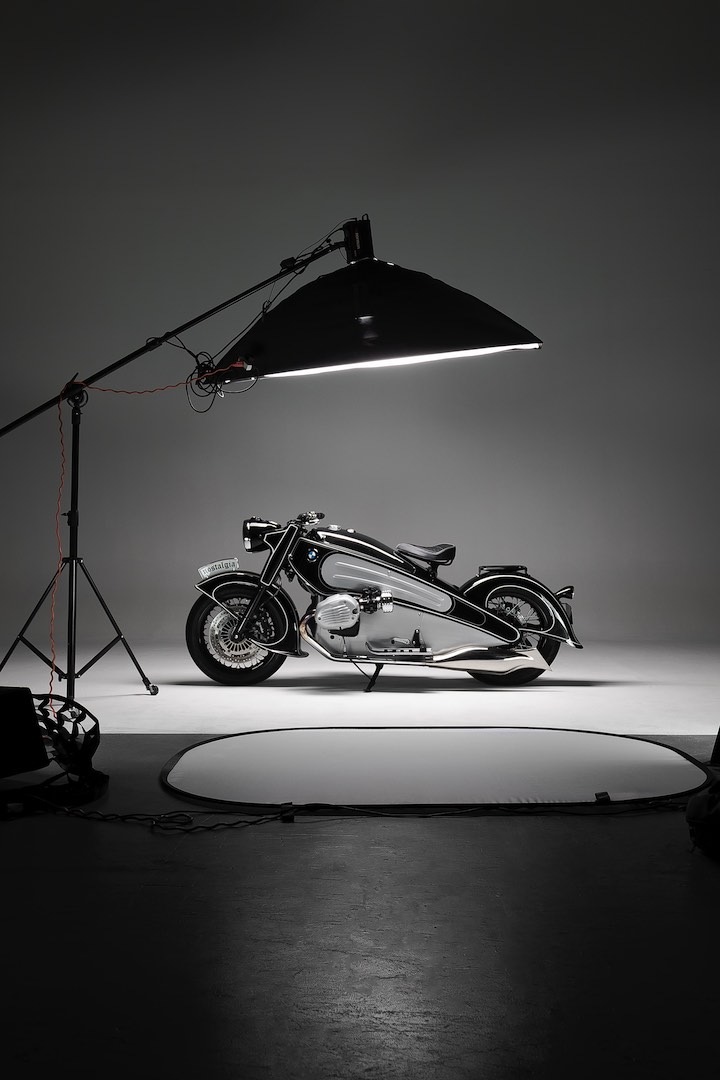 #100. January 2019. If you have downloaded our app from Apple’s App Store or Google Play, you can look at it right now. Our cover shot of the BMW Nmoto is meant to evoke Issue #1. As we’re no longer on print newsstands, we’re moving away from coverlines so you can enjoy the cover photography without distraction. Enjoy the ride with us for another 100 and beyond. We’re just getting warmed up.