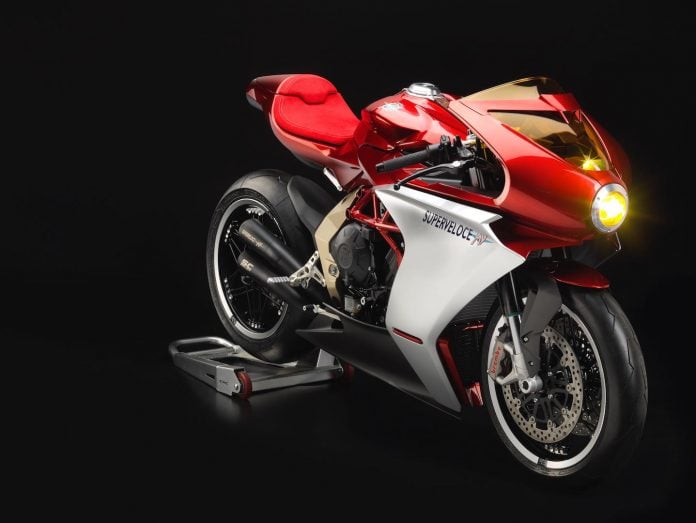 Besides the constant flow of new production models at EICMA Milan Motorcycle Show, which we have categorized on our 2019 Previews page, many manufacturers unveil some concepts, such as Aprilia did with its RS 660.Another Italian icon is in the concept mix also. MV Agusta debuted its gorgeous Superveloce 800 in concept form during EICMA 2018. 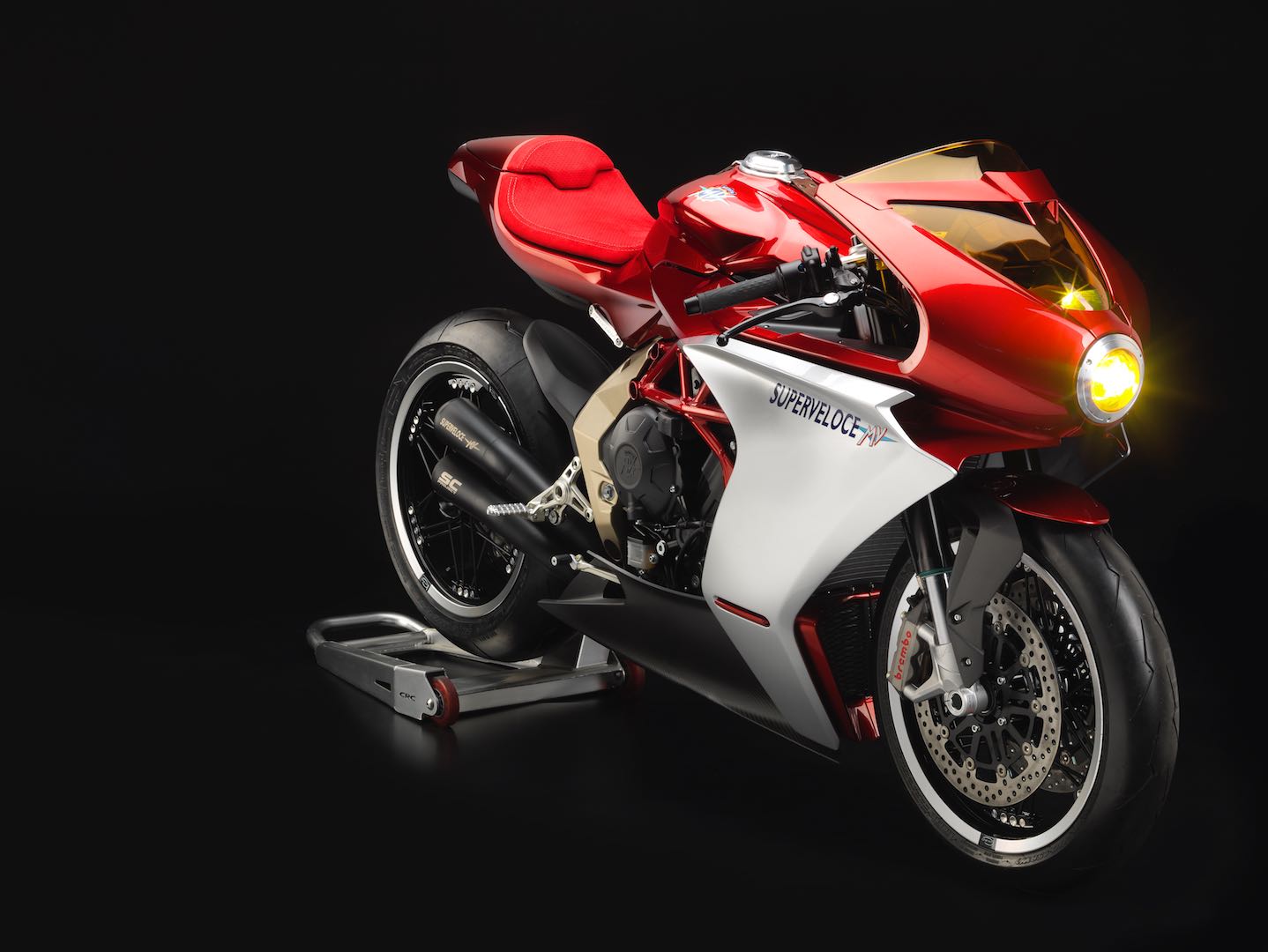 But unlike the other OEMs that build anticipation for a concept to become a production bike, the Varese company immediately confirmed that the Superveloce 800 will be produced in the second half of 2019.Not many details were released about the Superveloce 800, but we do know it’s based on the revamped 2018 MV Agusta F3 800. The F3’s Euro 4-complaint inline-three powerplant produces 148 horsepower at 13,000 rpm, and 65 ft/lbs of torque at 10,600 rpm.The chassis, suspension, brake system and electronics, will likely match that of the F3 800, and should include a Marzocchi front fork, a Sachs rear shock, Brembo brakes, and the latest in MV Agusta electronics, including the new EAS 2.0 electronic shifter for clutchless up and down shifts. 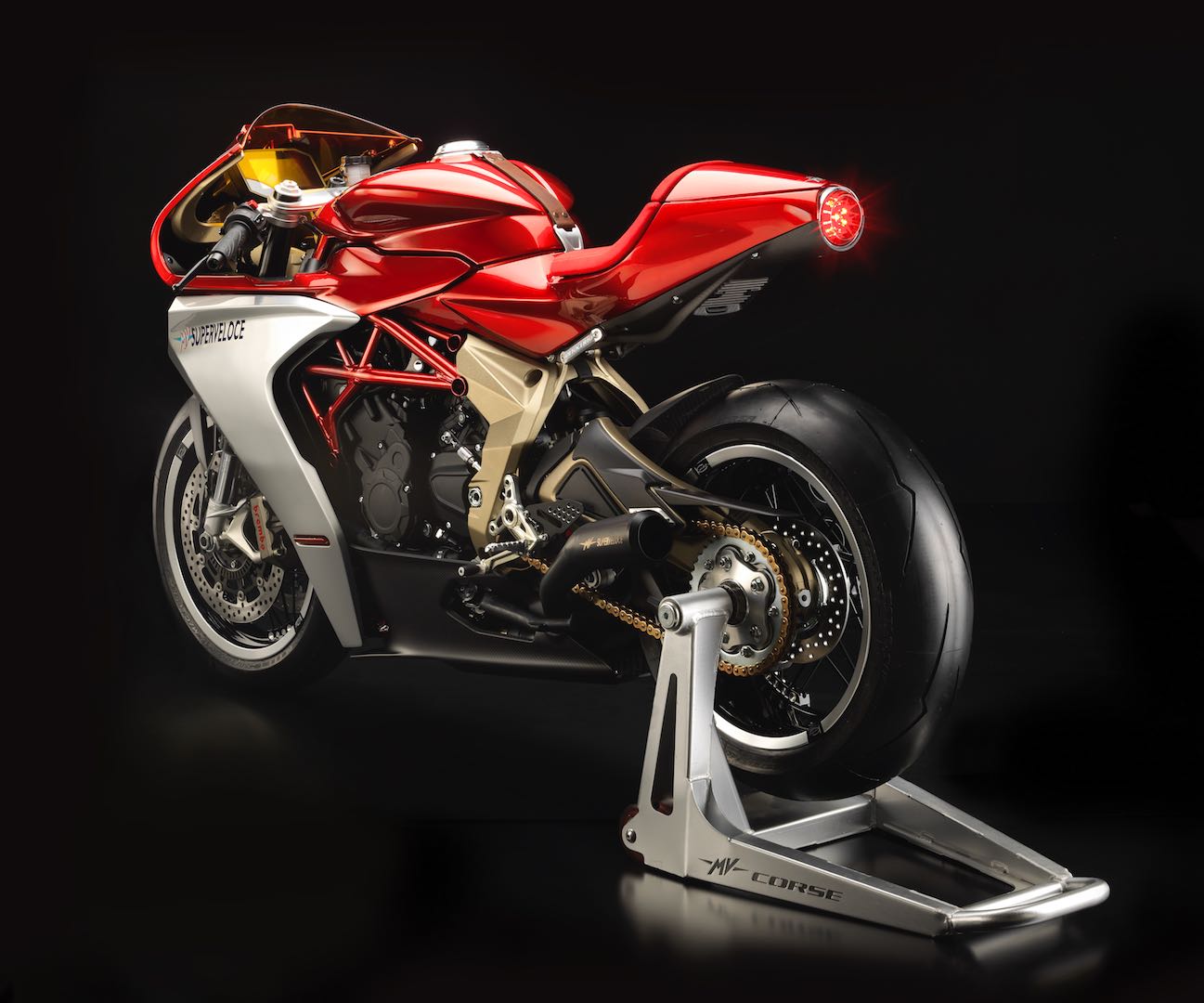 This bike is all about paying homage to MV Agusta’s classic styling, which is blended with the contemporary looks of the Italian brand’s motorcycles. The fairings are all carbon, and the look is a throw back to the 1970s with its classic lines yellow plexiglass windscreen and round headlight, which is a full LED with a daylight running light. .The tail section also flows with vintage MVA styling, and culminates in yet another circular LED tail light.The new MV Agusta Superveloce 800, in its final technical definition and stylistic form, will go into production in the second half of 2019. Stay clicked to Ultimate Motorcycling for the official details!