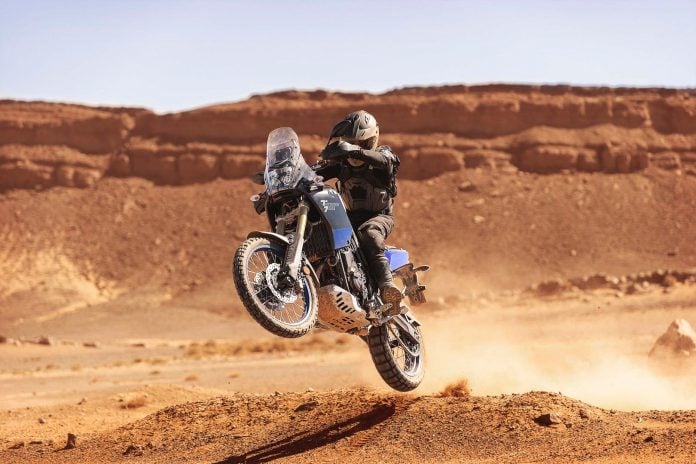 In the world of adventure touring bikes, the trend is going towards the mid-range. This is observed from the middleweight focus of many OEMs, including Triumph with its 800s, Ducati with its 950s, and BMW with its 850s.Yamaha doesn’t want to be left out. Speculation built about the release of a middleweight Ténéré based off the Ténéré 700 World Raid prototype that surfaced in 2017.The speculation can now cease; during EICMA Milan Motorcycle Show 2018, Yamaha unveiled the Ténéré 700 that’s set for production. But it won’t be available until the middle of 2020. 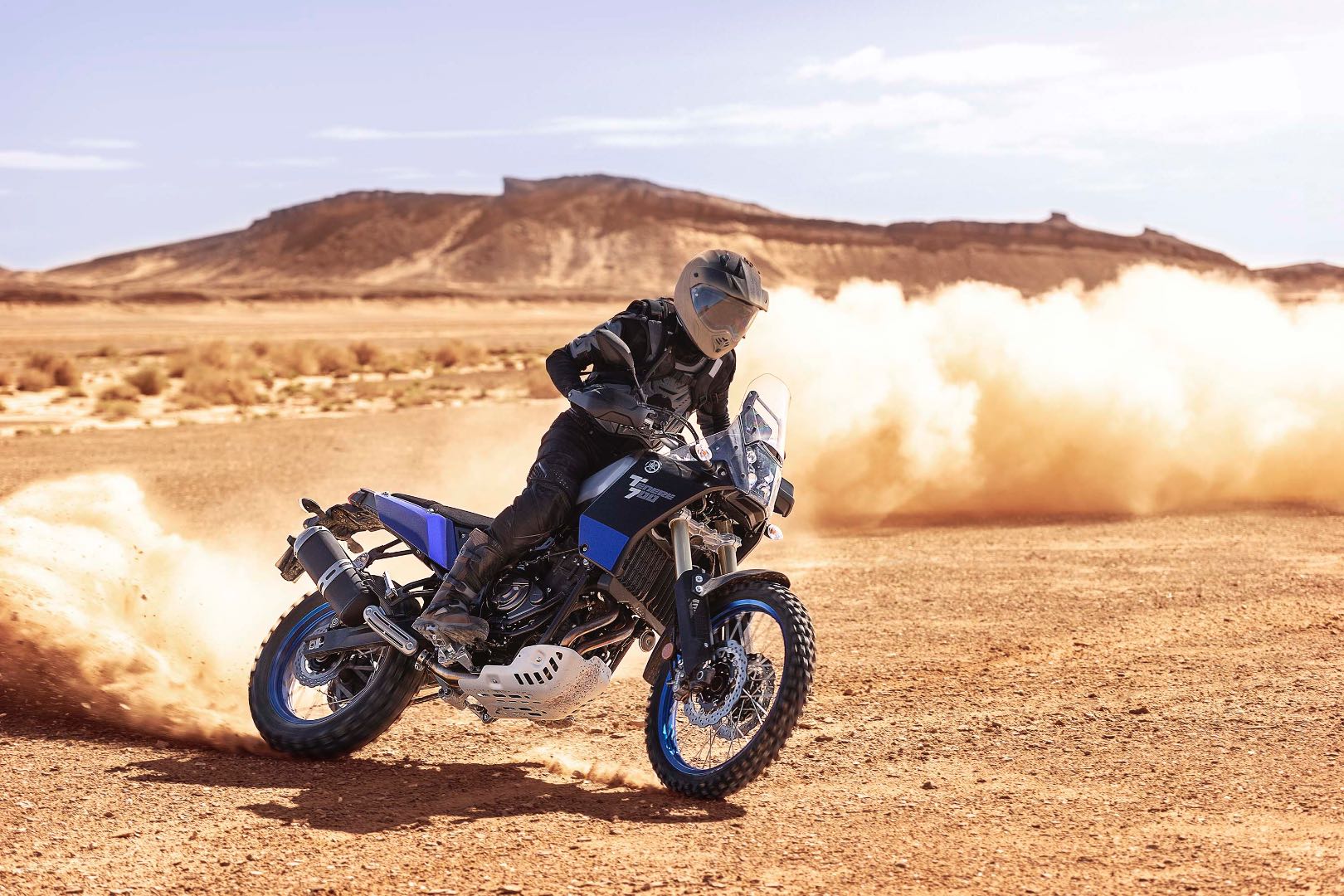 Yamaha also confirmed that the baby brother of the Ténéré ES will arrive in the USA. The ADV bike will be released as a 2021 model, and won’t arrive in the U.S. showrooms until the middle of 2020.Following are the fast facts – what you need to know about the 2021 Yamaha Ténéré 700.1. The reason for the 2021 model year? Yamaha says production for the U.S. model will occur at Yamaha’s factory in Japan. Due to differing government regulatory standards and factory production line schedules, the all-new Ténéré 700 is scheduled to arrive at U.S. dealerships in the second half of 2020.2. The new middleweight ADV Ténéré is based on the Ténéré 700 World Raid prototype that underwent a world tour and subjected to the most severe riding conditions, from South American deserts to Australia’s backcountry. Helping test the prototype was Dakar Rally winner Stéphane Peterhansel and Oﬃcial Yamalube Yamaha Rally Team riders Adrien van Beveren and Rodney Faggoter.3. The Ténéré 700 is powered by a 689cc four-stroke CP2 (Crossplane Crankshaft Concept) parallel twin transplanted from the MT-07 naked bike. Yamaha didn’t release much about engine, but the MT-07’s parallel twin with its 270-degree firing order crossplane crankshaft creates 50 ft/lbs of torque at 6500 rpm. According to a Yamaha spokesman, “This engine provides the ideal balance of performance and controllability, and its excellent fuel economy contributes to the Ténéré’s ability to cover long distances between fuel stops.” 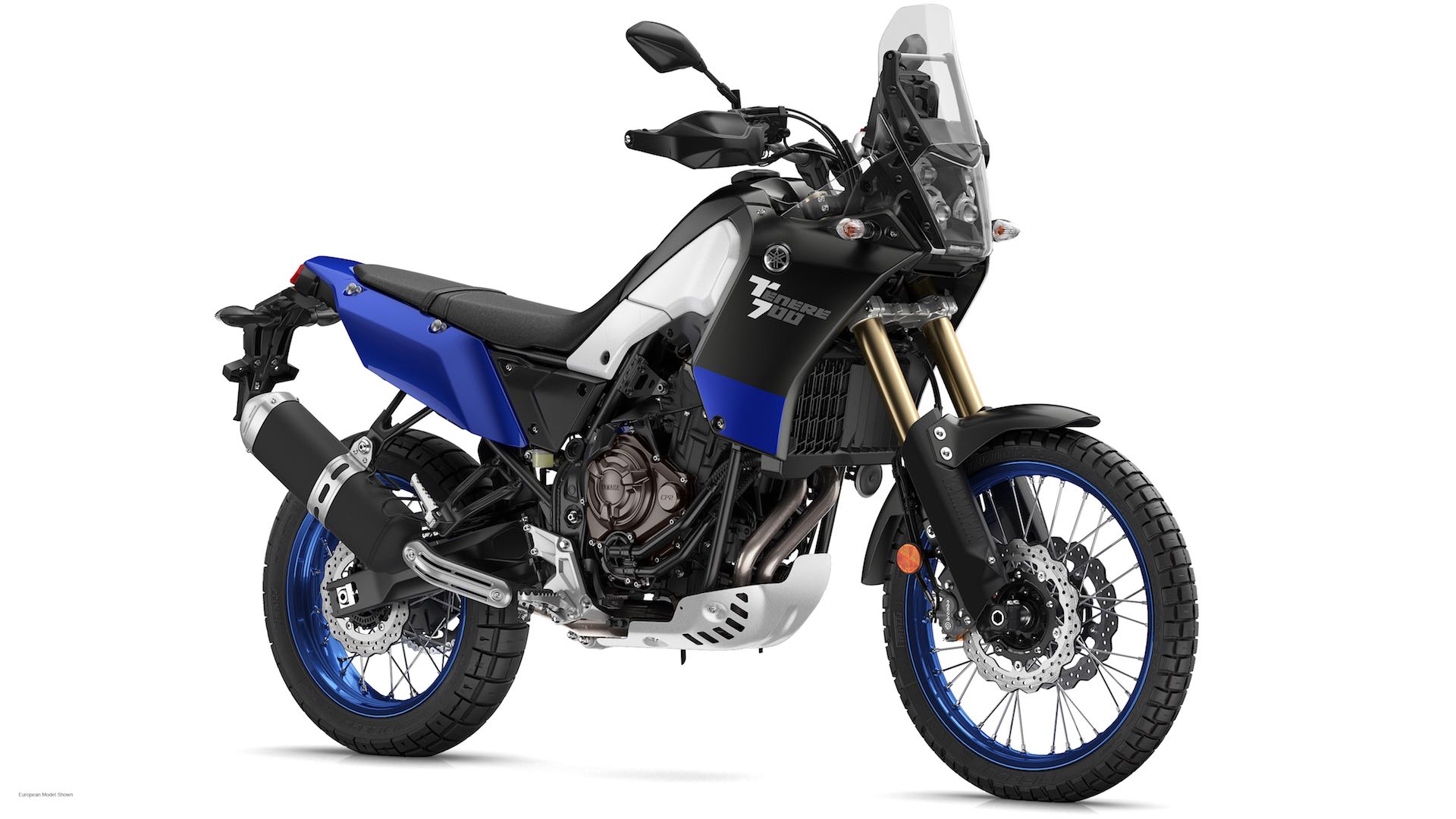 4.To achieve an agile and balanced chassis that’s equally optimal on- and off-road, the Ténéré 700 gets a new lightweight double cradle tubular steel frame that combines low weight with strength.5. Built for the off-road, the Ténéré 700 has a 62.6-inch wheelbase and 9.5 inches of ground clearance.6. Suspension duties are handled by a 43mm inverted fork and a rally-bred link-type rear setup that features a remote spring-preload adjuster. Wheel travel at both ends is about eight inches.7. The Ténéré 700 is equipped with a ﬂat seat, compact bodywork and a narrow fuel tank that enables the riders to grip the tank with their knees whether sitting or standing. 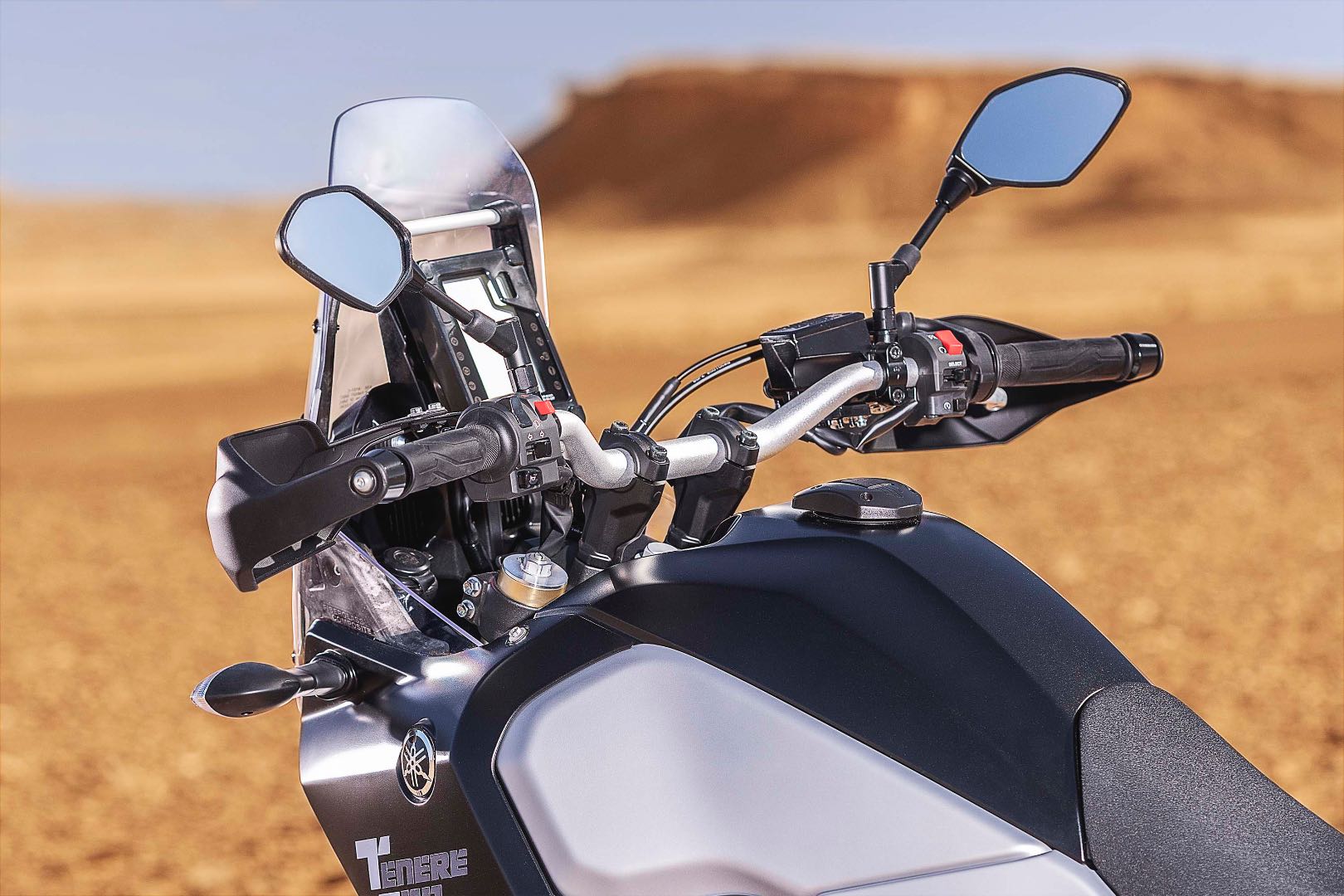 8. Due to the off-road focus in mind, electronics are minimal – you won’t find traction control or riding modes here. The 2021 Yamaha Ténéré 700 will have ABS as a standard feature, and it can be turned off for dirt riding.9. Stopping the Ténéré 700 adventure tourer are dual 282mm wave-style front discs, and a 245mm rear disc.10. Based on the Ténéré 700 World Rally, the bike has one primary task—dominating off-road. Due to this, Yamaha has equipped the Ténéré with a 21-inch-front/18-inch-rear wire-spoked wheel setup.11. Adventure touring means long-distance travel, and the Ténéré 700 has a 4.2-gallon gas tank. Yamaha claims the Ténéré can average 217 miles out of a tank.12. Influenced by the Yamaha’s WR450F Dakar racers, the Ténéré 700 features a rally screen, nose fairing, and handguards, along with rally style instrumentation. The latter has a large, in-your-face LCD dash that provides two tripmeters, gear indicator, fuel level, estimated fuel range, plus average and instant fuel consumption. 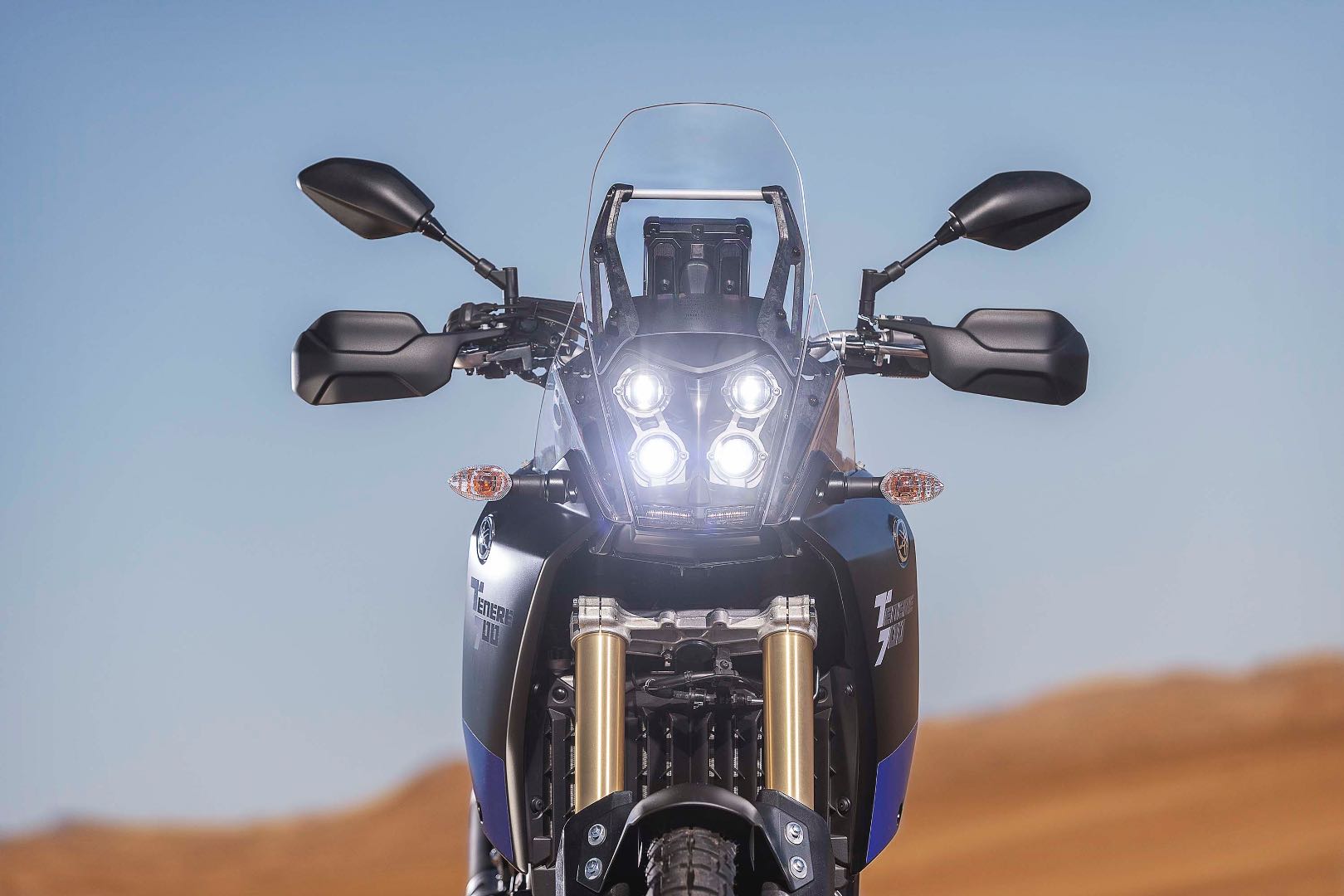 13. For seeing what’s ahead off-road in the dark wilderness, the Ténéré 700 has four LED headlights that are stacked 2×2.14. The Ténéré will be available in a Ceramic Ice color scheme during the second half of 2020 at Yamaha dealers across the U.S.A. The MSRP of the 2021 Yamaha Ténéré 700 is $9999.