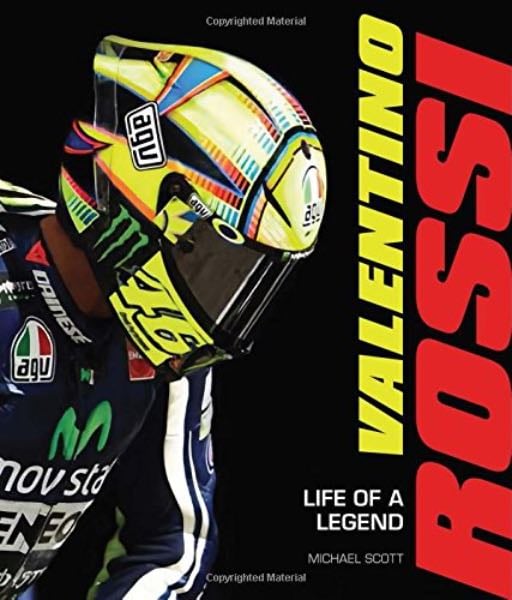 Valentino Rossi: Life of a Legend by Michael Scott

There could be but little doubt that nine-time Grand Prix World Champion Valentino Rossi would be the subject of a sweeping biography. Indeed, with Rossi still at the top of his professional form, his biography is still a work in progress. That said, London’s Michael Scott has created a spectacular biography – Valentino Rossi: Life of a Legend – that covers Rossi from his earliest days to the present.Scott has covered motorcycle GP racing full-time since 1984, so he has had a trackside view of Rossi’s career from its earliest days—as well as that of his contemporaries. He has authored biographies of Wayne Rainey and Barry Sheene, as well as having been editor of the annual Motocourse since 1991. 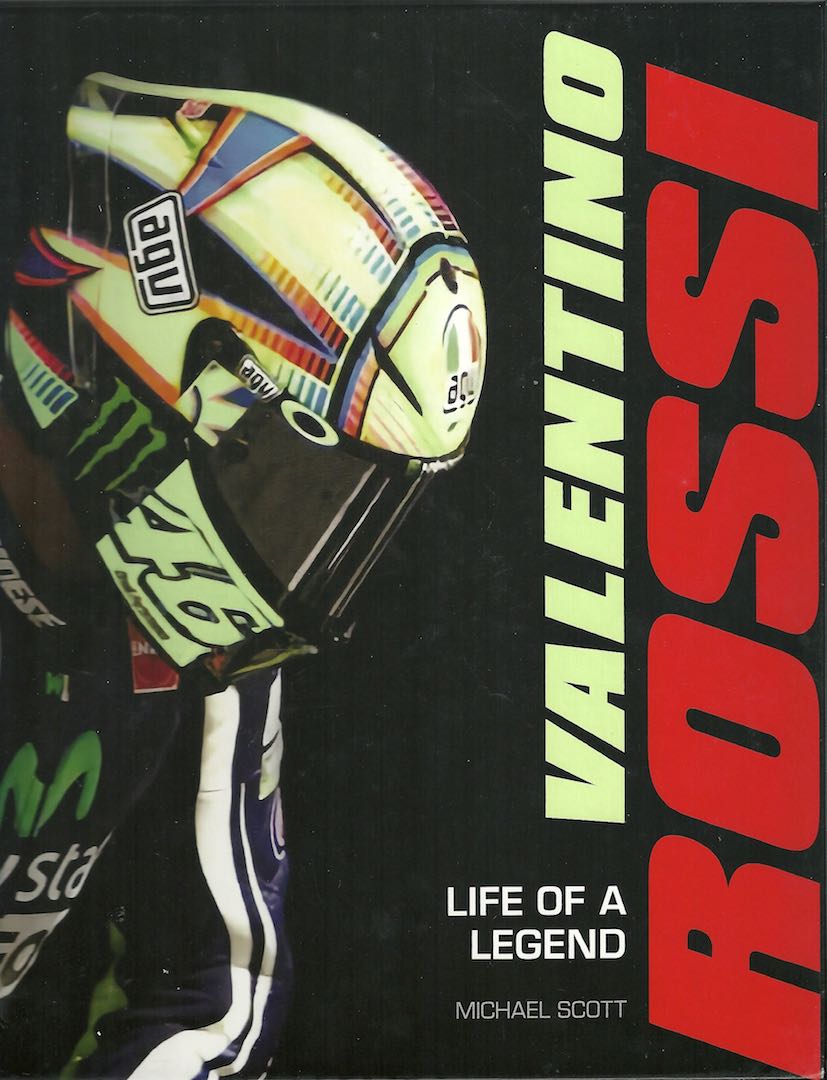 Despite Rossi’s youthful 38 years of age, he has scored 87 500cc/MotoGP victories and a total of 115 overall, created his own media presence and amassed a world-wide fan base. His tally of wins puts him within striking distance of the unsurpassed total of 122 by Italy’s other GP motorcycle racing icon, Giacomo Agostini.Scott chronicles Rossi’s dramatic rise to prominence that began at the tender age of 18 when he won his first World Championship in the 125cc class aboard an Aprilia in 1997.The crucial role of Rossi’s father, Graziano, in the development of his skills and career is revealed. Graziano was an imposing road racing talent in his own right, having won three GP events in 1979 himself before injuries forced an end to his racing career. His father’s positive influence cannot be overstated.Graziano did not push Rossi toward a career in racing, but when his young son showed both desire and promise, the elder Rossi was able to provide both encouragement and technical expertise.Abetted by more than 300 color and black/white images that reveal Rossi’s humor, grit, maturation, triumphs and frustrations, as well as some of his more spectacular crashes, Scott’s biography reveals Rossi as an iconic champion who is not a flash-in-the-pan phenom.Rather, Scott’s Valentino Rossi: Life of a Legend illuminates how Rossi mixed hard work, strategic thinking, finely honed skills and occasional bits of luck to become a durable champion, virtually without regard to what brand of bike he was competing on.Valentino Rossi: Life of a Legend Fast Facts