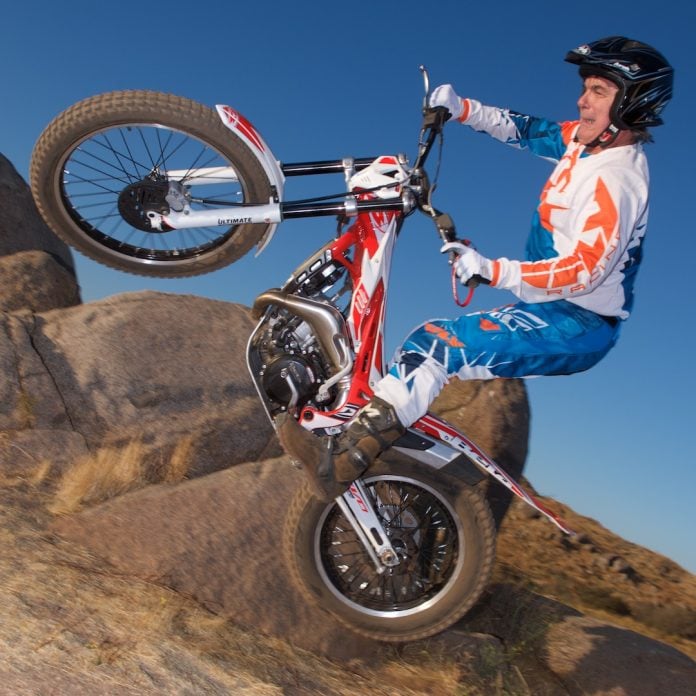 With my extensive experience off-roading, including observed trials and traditional dirt bike riding, I’m often asked what is the best transitional motorcycle for someone wanting to move from an enduro or motocross bike to a trials bike.Over the years, the recommendation hasn’t always been so clear cut. Appropriate observed motorcycle trials models come and go, but right now it’s an easy choice—the 2017 Beta Evo 300 SS.One of three Beta Evo 300 two-stroke trials bikes—there are also standard and Factory versions—the 2017 Beta Evo 300 SS offers the ability to effectively compete in trials competition on a motorcycle that won’t be unwieldy to an experienced off-road motorcyclist. Beta does this by taking the muscular 299cc two-stroke powerplant, and toning the throttle response down so errors are minimized rather than accentuated. 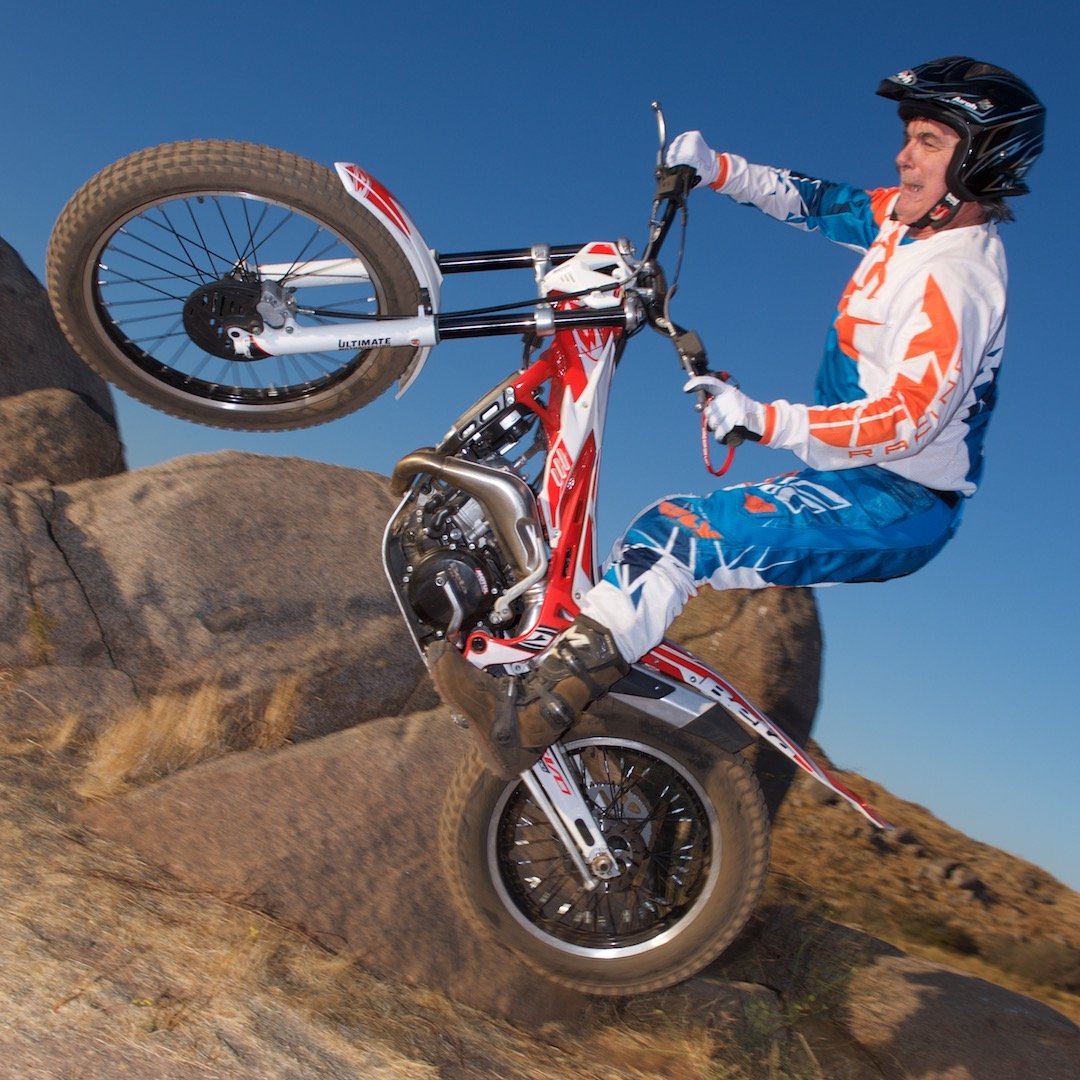 To make the Beta Evo 300 SS even more enticing to a new trials rider, some of the critical modifications that turn the Evo 300 into a Super Smooth are reversible. That way, as a rider improves his throttle control skills, he can reward himself with more responsive power. Of course, he may not want to do that, as the SS is so easy to ride that he may stick with its user friendliness.