Fox has long been considered one of the top Motocross apparel lines with such greats as Ricky Carmichael, Ryan Dungey, and Chad Reed headlining its 2018 catalog, along with the latest crop of Monster Energy Pro Circuit Kawasaki racers. To introduce the 2018 Fox riding apparel, we visited the beautiful Zaca Station MX track in Central California.

For 2018, Fox is focusing on the hard parts line—boots and helmets, predominately. Already having a great top-of-the-line boot in the Instinct, Fox didn’t feel any structural changes were needed, though there are the inevitable new colorways. 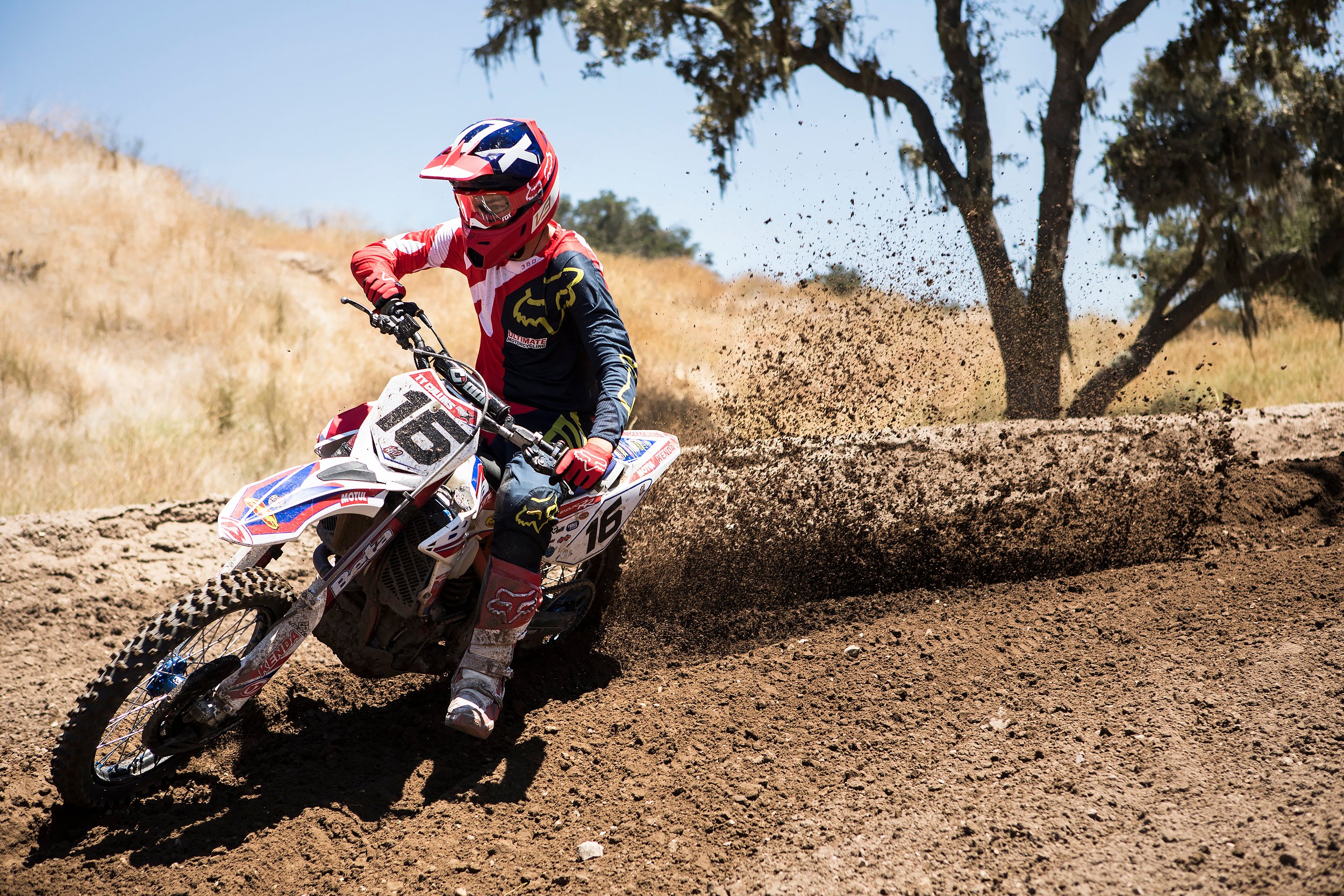 The big news in the latest Fox racing gear set is the introduction of a mid-price Fox boot—the 180 —which will sell for $250. Less than half the price of the Instinct boots, Fox worked hard to make the 180 a great boot in its own right.

When checking out the Fox 180 boot, the most notable feature that you see is the large upper strap. It is Fox’s exclusive silicone closure system on the shin plate, and it allows the shin guard to flex with the motion of the boot. Below the shin plate are two of the more standard-style straps similar to what is offered on the Fox Instinct boot. 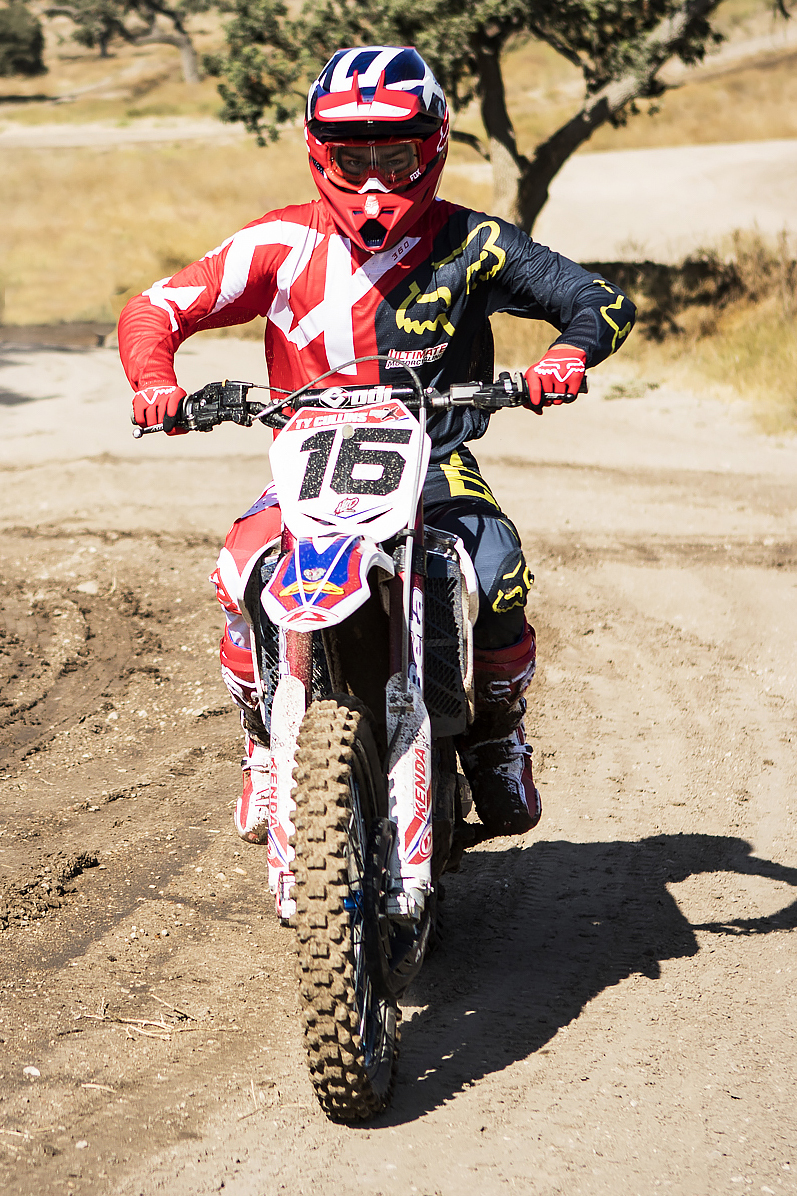 Other important features are the floatable cuff system that provides lateral support and fluid linear movement while locking out before hyperextension of the ankle.

Fox also focused on the top-of-the-line V3 helmet for 2018. The V3 retains the Multi-Directional Impact Protection System (MIPS), and that’s not something that needed updating. The significant functional change is the Magnetic Visor Release System (MVRS).

We’ve all seen Ken Roczen’s fateful crash that ended his racing for 2017. In that crash, Roczen’s head hit the ground hard and the helmet visor went flying. It was designed to do that, as he was using a prototype of this system.

Notably, even though Roczen’s head had a severe impact, he suffered no head injury and, according to him, no head pain at all. Inspecting the helmet afterword, Fox claims the MIPS system did its job.

Out riding with the new MVRS-equipped Fox V3 helmet, we can tell you the visor is very secure. Despite being held on with magnetic force rather than mechanical screws, it never accidentally fell off when riding or while handling the helmet—you have to make a physical effort to remove it.

Another new feature for the Fox V3 helmet is that each helmet size has its own external shell. This reduces weight for all sizes, as well as improving the fit for all riders, regardless of head size.

Fox also updated its apparel lines. If you are not familiar with the Flex Air line, think light and flexible—and we mean really light. Both the pants and jersey weigh almost nothing. In fact, we’ve had lettering and sponsor logos added to a Flex Air jersey, and it more than doubled the jersey’s weight. It is truly some of the most comfortable gear we’ve ever worn.

For 2018, Fox completely updated the pant chassis, giving it an even better fit in the knee area while allowing for knee braces. They also removed the inner liner reducing weight and heat. Keeping comfort high, they taped the seams to reduce chaffing. 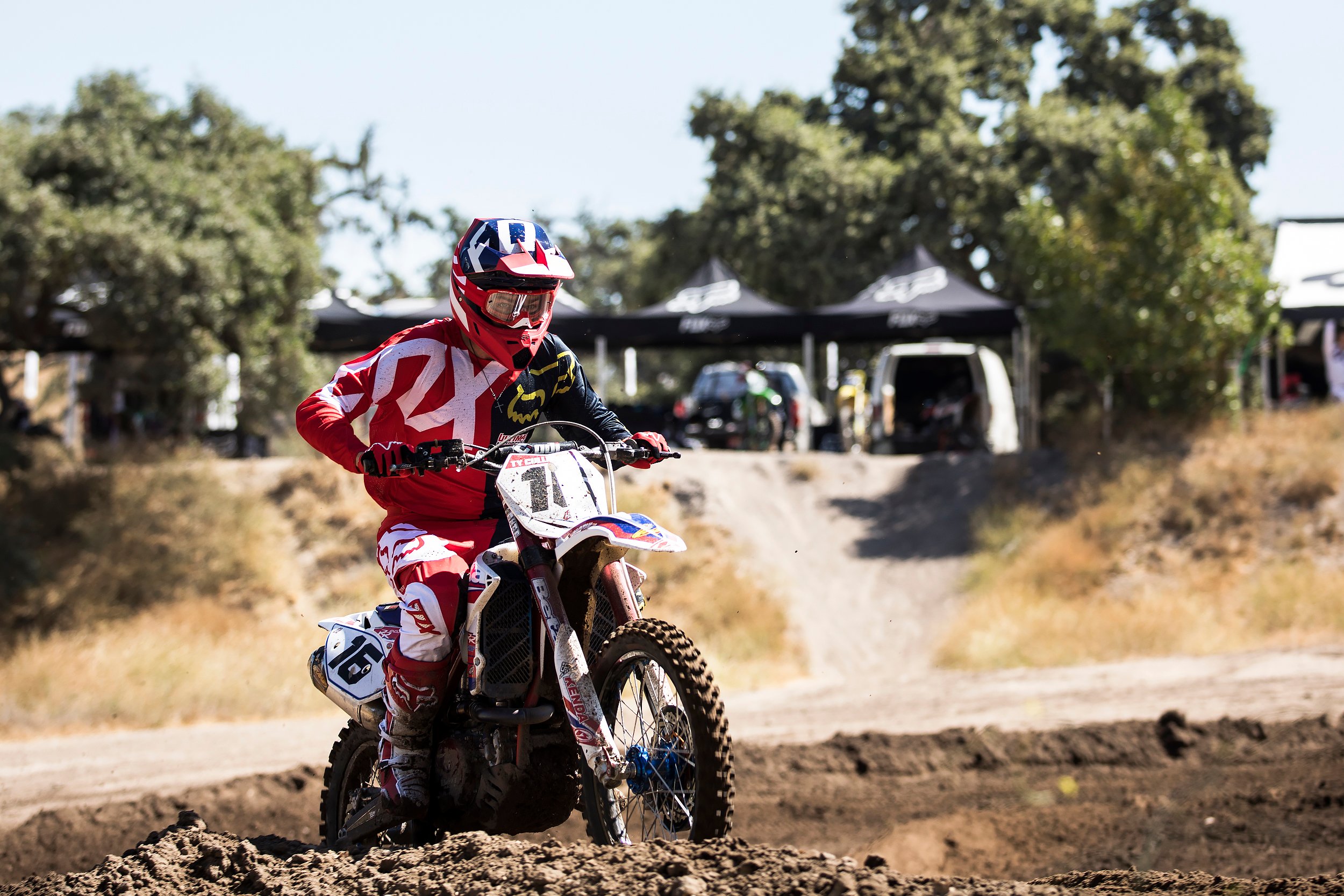 The 360 line has long been Fox’s top appeal line. This is the gear we tested at the Fox introduction. Along with all new colors and designs, the 360 pants received some of the Flex Air features in the leg area and the weight is reduced over the previous version.

Ultimate Motorcycling test rider Ty Cullins has worn the 360 line all through 2017 and has been very happy with the style and comfort. However, he found the 2018 line’s reduced weight to be even more comfortable and cooler while riding.

The mid-price point Fox 180 line is also updated, with all-new styles, while the Legion off-road gear has some new colors added to Fox’s extensive line of durable gear built for trail riding.