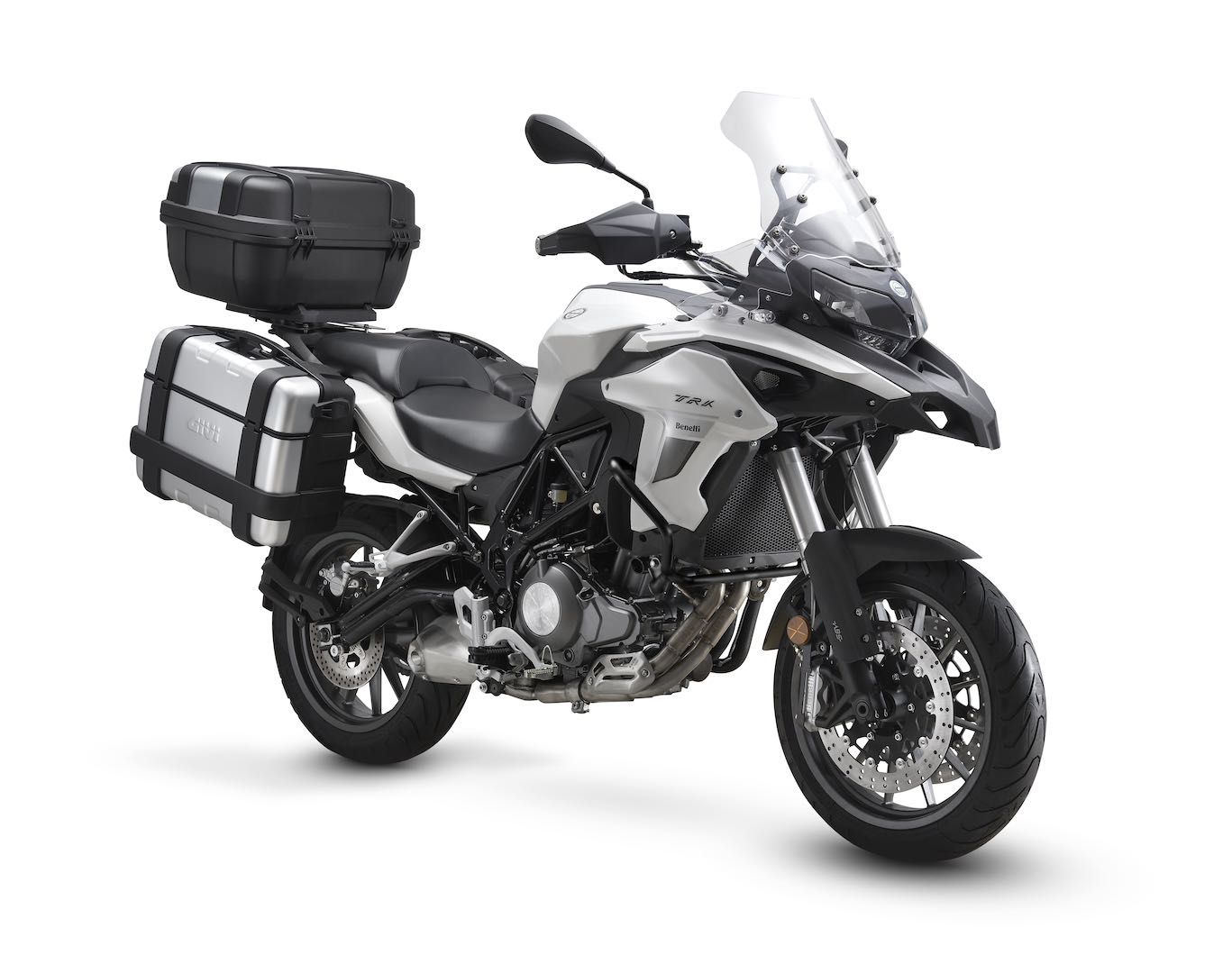 Based out of Pesaro and beginning in 1911, Benelli is one Italy’s oldest motorcycle manufacturers. After many up and down years—just like other Italian OEMs Ducati and Moto Guzzi—Benelli had a resurgence following the takeover in 1995 by Andrea Merloni took over and subsequent merger with China’s Group Quianjiang.From there, the new motorcycles began arriving, including the Tornado Tre 900 supersport, followed by a few variations of the TNT roadster, including two three-cylinder machines, the 898cc TNT 899 and the 1131cc TNT R. And just ahead of 2016 EICMA (Milan Motorcycle Show), Benelli has unveiled its first-ever adventure motorcycle—the TRK 502.[Visit our 2017 Motorcycles Preview Page]The motorbike features a liquid-cooled 500cc parallel twin stuffed inside a traditional Benelli trellis frame. The TRK 502 arrives electronic injection, overhead double camshaft timing system, and 4 valves per cylinder, and produces a max of 46 horsepower at 8500 rpm and 33 ft/lbs. of torque at 5000 rpm. The engine is mated to a six-speed transmission with a hydraulic clutch. 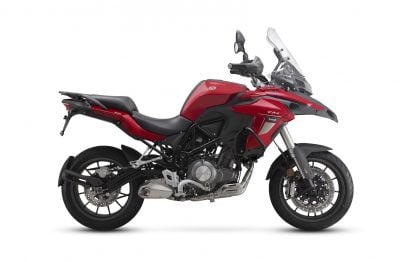 Suspension duties are handled by a 50mm upside-down fork and monoshock out back, each providing up to 5.3 inches of suspension travel. The base TRK 502 arrives with 17” aluminum alloy rims shod 120/17 17 and 160/17 17 rubber, but an off-road version is available with 19” front/17” rear wheels. As for brakes, the Benelli TRK 502 features dual 320mm discs squeezed by four-piston calipers up front, and a 260mm rear disc squeezed by a single-piston caliper.Speaking of the TRK 502, Benelli says “The forms, adventurous and expressive, surprising at first glance, thanks to a huge tank, that provides a fuel capacity of 20 liters, and to headlight (mainly led) by the exciting design and a front fender able to dominate the scene.“The TRK 502 offers maximum comfort in all aspects, thanks to a large front fairing and slender, dynamic hand guards, able to protect the rider in any environment.”The Benelli TRK 502 will be available at the beginning of 2017 in white, black or red. As of this report, no price has been set. 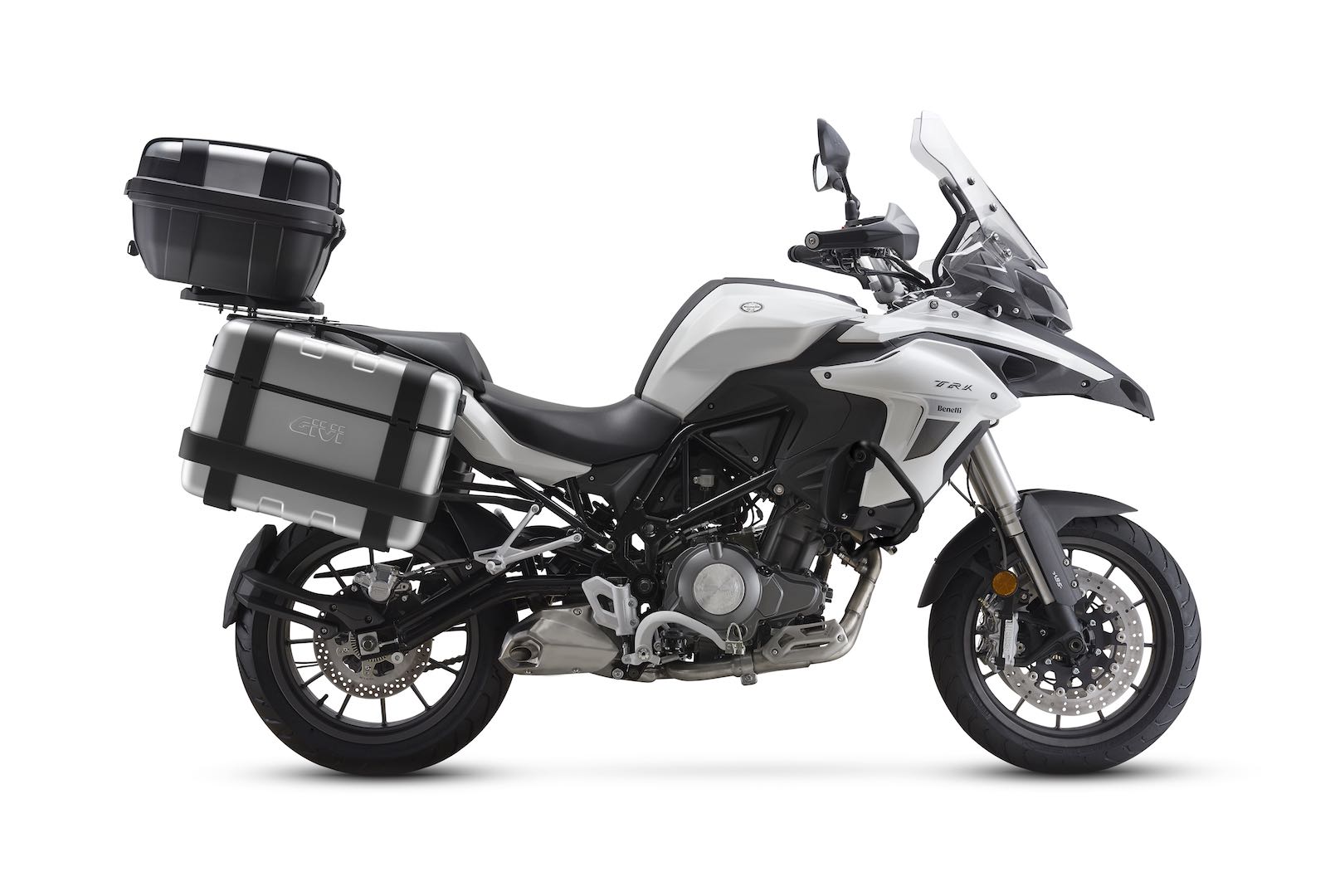 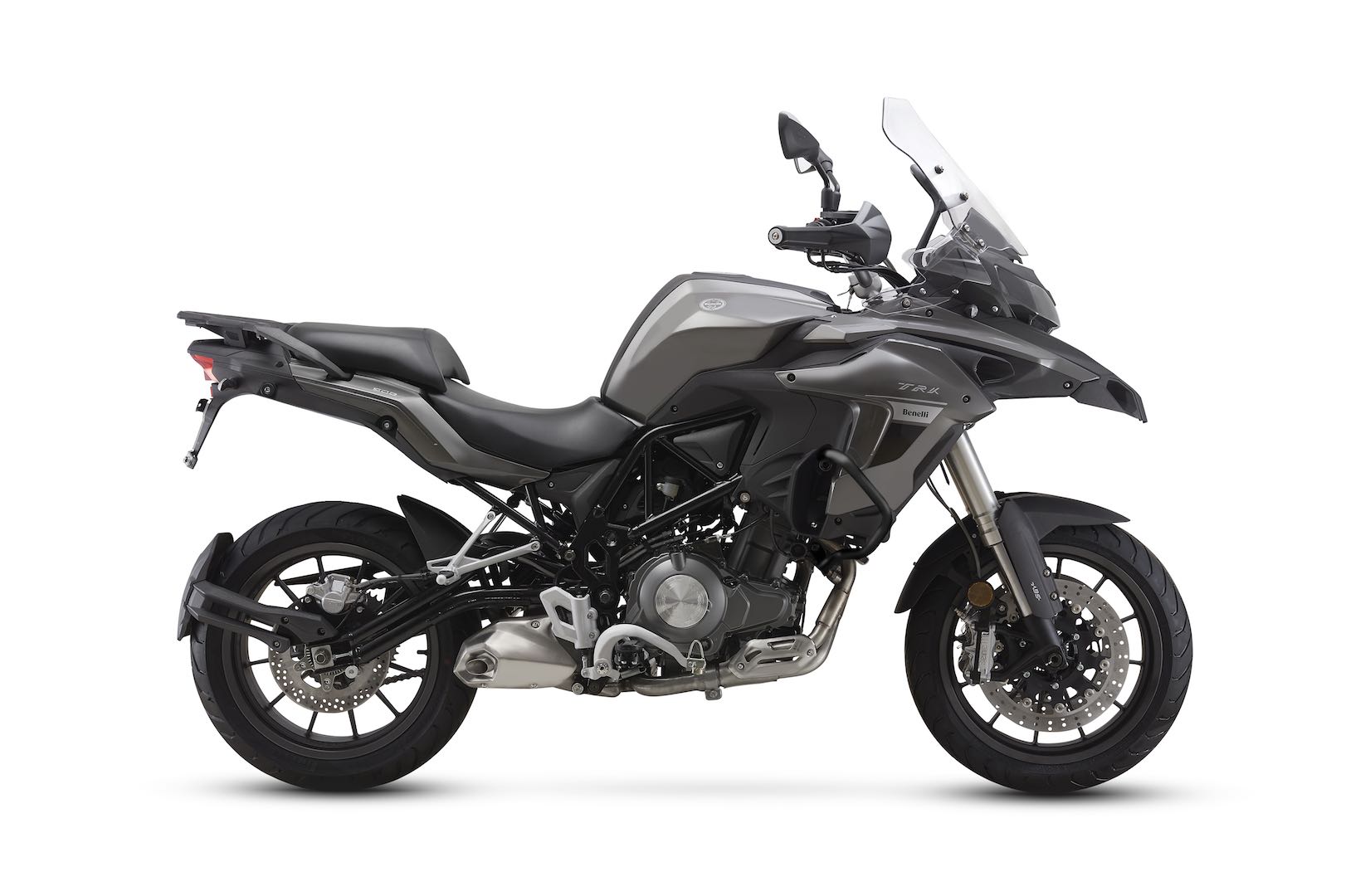 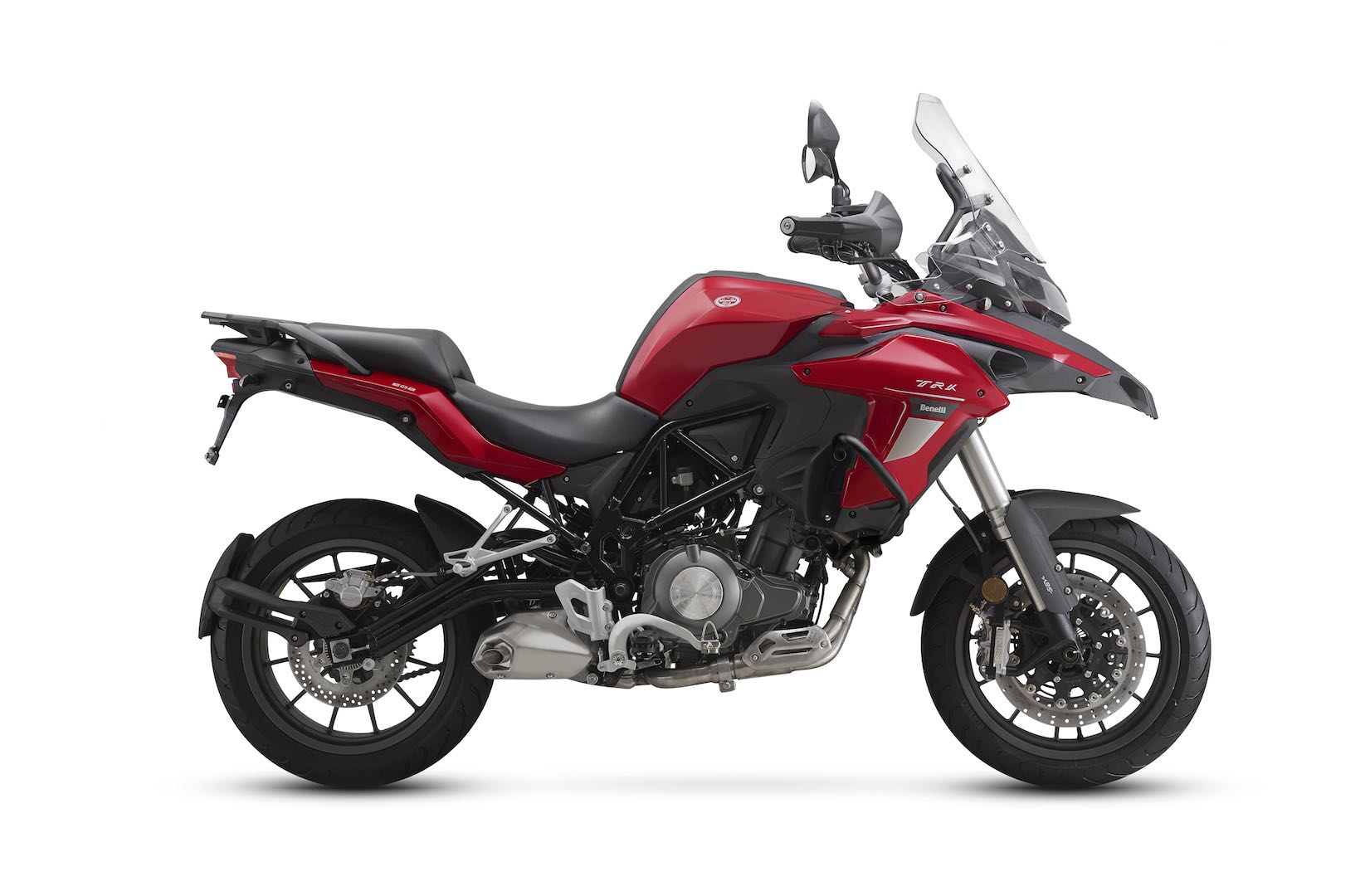 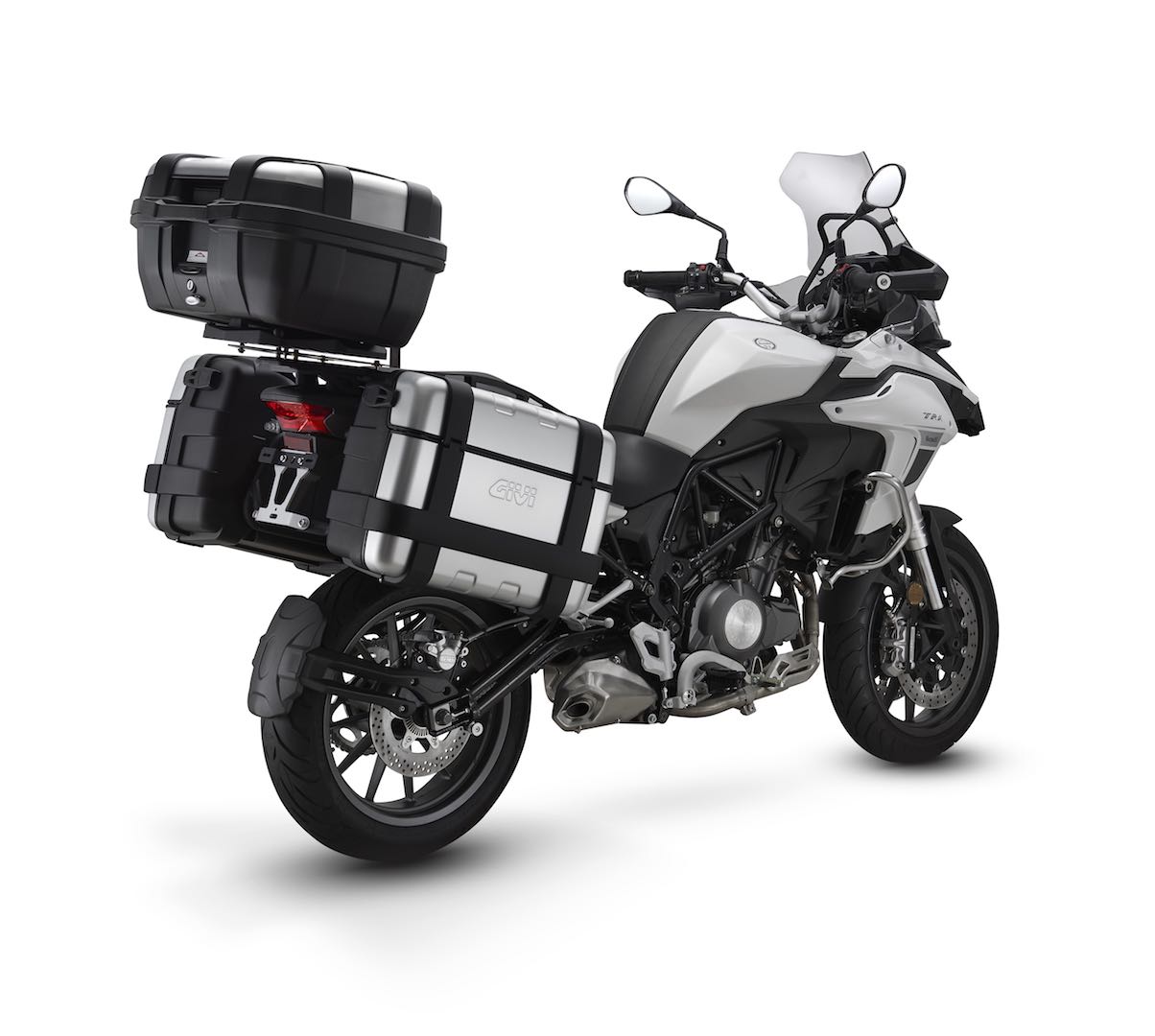