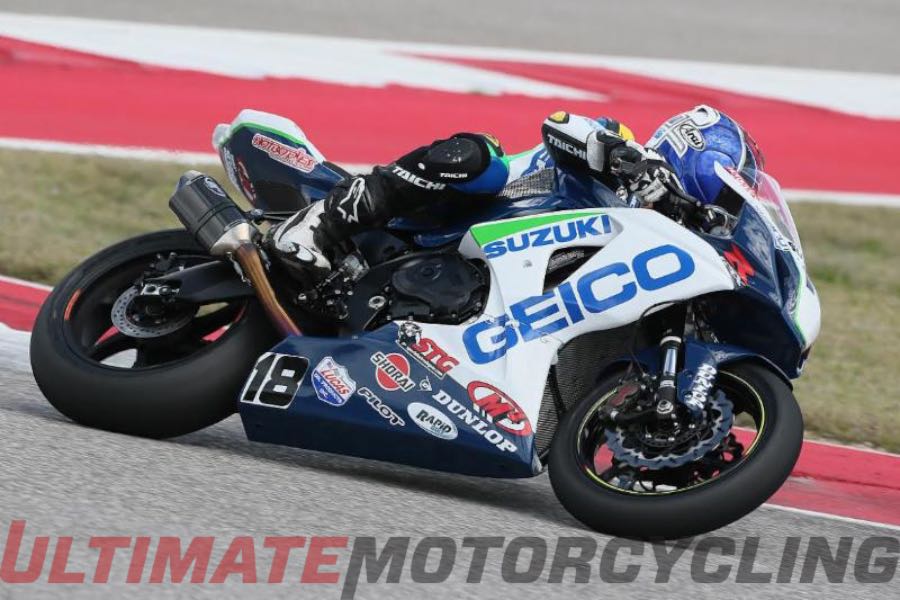 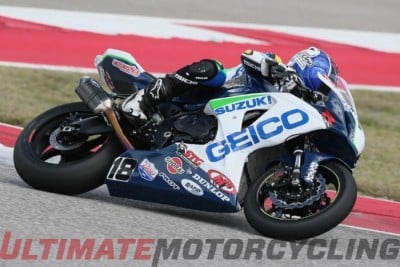 For those of you who have yearned for the heydays of on- and off-road racing in the United States, the recent announcement from Suzuki can be seen as a step in that direction.It isn’t much a secret that without the assistance of major manufacturer sponsors, racing leagues tend to flounder. The sad fact is; it all comes down to money in the end.MotoAmerica has announced that Suzuki Motor of America will be the Official Manufacturer of the 2016 MotoAmerica AMA/FIM North American Road Racing Championship. That’s quite a vote of confidence from one of the most dominant motorcycle manufacturers selling bikes in the United States, but Suzuki has taken it just a bit further by  sponsoring the second round of the series being held at Road Atlanta.The Suzuki Superbike Shootout of Georgia will take place on April 15-17  at Road Atlanta, in Braselton, Ga.But this isn’t the first time Suzuki has made its support of Road Racing in the United States known. Last year, Suzuki Motor of America was the Official Manufacturer of the MotoAmerica Series, and it’s this continued support like this that is helping MotoAmerica grow to new levels in 2016.Over four decades ago Suzuki made the Road Atlanta its home for the Suzuki Cup Finals. It’s commitment to road racing in the US and more specifically, Road Atlanta, is unwavering. Round two of the 2016 MotoAmerica series will host the Suzuki Superbike Shootout in a location that is near and dear to Suzuki and veterans of the AMA Superbike league.“This year is the 40th anniversary of the AMA Superbike Series and nobody has won more titles in the series than Suzuki,” said MotoAmerica President and three-time 500cc World Champion Wayne Rainey. “So it’s fitting that they are back on board with us for a second season as an Official Partner and it’s an added bonus that they’ve signed up to sponsor the second round at Road Atlanta. Suzuki has sponsored a lot of events in the past at Road Atlanta and it’s nice to see them back and sponsoring the race there.”A track is just a track, some might say but for men and women who happen to prefer the closed course riding environment, we can all remember the first track we ever set down on. And for those who happen to race professionally, they’ll certainly remember the first track which they nabbed a victory. In 1977, Suzuki claimed their first Superbike victory, setting off a chain of checkered flags that totals 173 wins today. 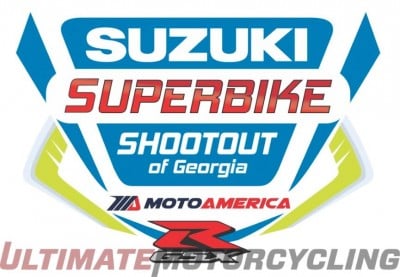 The late 70s were good for Suzuki, coming home with 13 Superbike Championships in 1979. In more recent times, when bell-bottoms lost their favor, Yoshimura Suzuki GSX-R’s piloted by heavy-hitters such as Mat Mladin and Ben Spies, the team earned seven Superbike titles between 2004 and 2009.Coming this season 2016 MotoAmerica season, Suzuki has recruited some exciting riders for their efforts. The Yoshimura Suzuki Factory Racing Team includes Roger Hayden (Nicky’s younger brother) and Jake Lewis, both aboard the proven Suzuki GSX-R1000 in the Superbike class, while Team Hammer Racing will complete on Suzuki bikes in other divisions. As we reported earlier, Lewis suffered some injuries during the pre-season testing, effectively taking him out of the beginning of the season. Filling in for him in the meantime is Toni Elias, World Champion and former MotoGP contender.Rounding out the Team Hammer crew is Chris Ulrich, who will be aboard a GSX-R1000 in the Superbike class, and M4 SportbikeTrackGear.com’s latest additions to the team – South African Cameron Peterson and Frenchman Valentin Debise in the Supersport class aboard GSX-R600s.At select MotoAmerica races, a line of Suzuki motorcycles will be available for test rides – granted that you are of legal age and are fully licensed.“For more than 30 years, Suzuki’s support of American road racing is unrivaled,” said Rod Lopusnak, Director, Operations Head, Motorcycle/ATV Sales Operations for Suzuki Motor of America Inc. “Racing is in our DNA, it’s what pushed our engineers to create the GSX-R, and we know it’s vital to the lives of many Suzuki owners and fans, too. For all these reasons, we’re proud to support MotoAmerica and the Suzuki Superbike Shootout at Road Atlanta. We can’t wait to welcome all Suzuki riders and fans to our home track in April.”For more information and to purchase tickets for the Suzuki Superbike Shootout at Road Atlanta, visit MotoAmerica.