The man who won the past two Daytona 200 races – Danny Eslick – will not race this weekend’s 75th Daytona 200.The 29-year-old of Broken Arrow, Okla., was arrested just before midnight Monday near the intersection of Main Street and Ocean Avenue, an area saturated with busy bars during Daytona Bike Week. Eslick was arrested on charges of battery on a law-enforcement officer, a third-degree felony, and posted $1500 bail Tuesday at the Volusia County court. 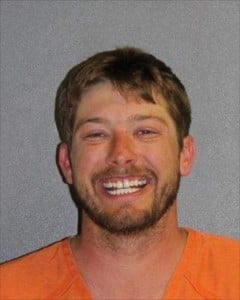 Due to his actions, the American Motorcyclist Association and the American Sportbike Racing Association, in consultation with Daytona International Speedway, have suspended Eslick from racing in the Daytona 200.The AMA reports: “Participating in professional motorcycle competition is a privilege, not a right, and there is zero tolerance for behavior that is detrimental to the promotion of motorcycling in all its forms. The AMA has extended Eslick’s suspension to all AMA-sanctioned activity. The suspension will be in effect until this case is resolved, at which time the AMA may lift the suspension or take further action.”Eslick was on a mission to earn three consecutive Daytona 200 races; he won in 2014 on a Triumph 675R, and earned the win last year on a Suzuki GSX-R600. This year he was slated to compete on the TOBC Racing Yamaha YZF-R6.The Daytona 200 by Victory will be aired live on FansChoice.tv on Saturday, March 12. The 57-lap lap race at the 3.51-mile Daytona road course goes green at 1 p.m. ET.