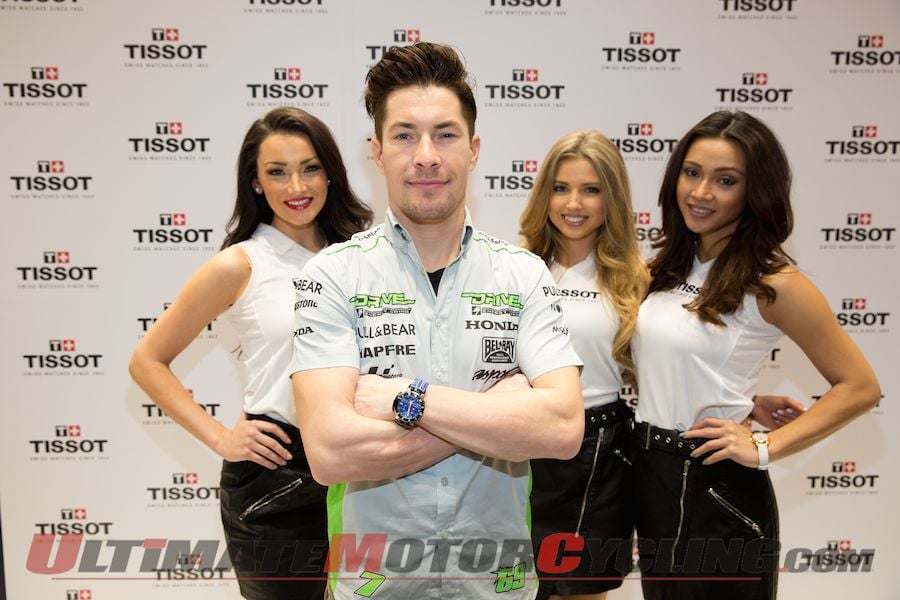 MotoGP’s Nicky Hayden Visits NYC for Special Tissot EventAn ambassador of the Tissot brand, the 2006 MotoGP Champion Nicky Hayden was in New York City over the weekend for a meet and greet at the Swiss watchmaker’s Fifth Avenue boutique.Hayden, currently riding for the Drive M7 Aspar team, signed autographs during the private event that featured STK bites by The ONE Group.Attendees were able to view the entire lineup of Tissot’s latest watch line, including the T-Race Nicky Hayden Limited Edition watch, available for sale at the Fifth Avenue boutique and online.Earlier in the day, Hayden made an appearance at the Progressive International Motorcycle Show where he met with racing fans and participated in a Q&A session on the main stage.“Tissot’s global presence continues to expand, and I’m proud to be here with them in New York to celebrate their many accomplishments in 2014, including the opening of two new boutiques of Fifth Avenue and Wall Street,” said Hayden.“Tissot is a key player in the world of motorsports, and their precision timing separates riders by hundredths of a second. I’m looking forward to a strong 2015 MotoGP season with the support of great partners, like Tissot.”Tissot’s Fifth Avenue boutique, the brand’s first flagship store in the United States, opened in August 2014. Since then, Tissot has opened a second boutique at 45 Wall Street, which features impressive visuals of Nicky Hayden and Tissot’s other racing Brand Ambassadors, including Stefan Bradl, Thomas Luthi and Danica Patrick, Tissot reports.“The innovative and dynamic nature of MotoGP complements Tissot’s long history as a leading Swiss watch brand focused on performance and precision” said François Thiébaud, President of Tissot. “Nicky Hayden has been a valued partner of the brand since 2006, and he continues to be a symbol of Tissot’s pioneering spirit and ongoing mission to revolutionize the art of watchmaking.”On Tuesday, December 16, Nicky Hayden will make a second Tissot appearance at the Swatch Group’s multi-brand store, Hour Passion, located at 112 W 34th St. in New York City.For more information, fans can e-mail TissotEvents@swatchgroup.com. For additional information on Tissot watches, visit http://us.tissotshop.com/.