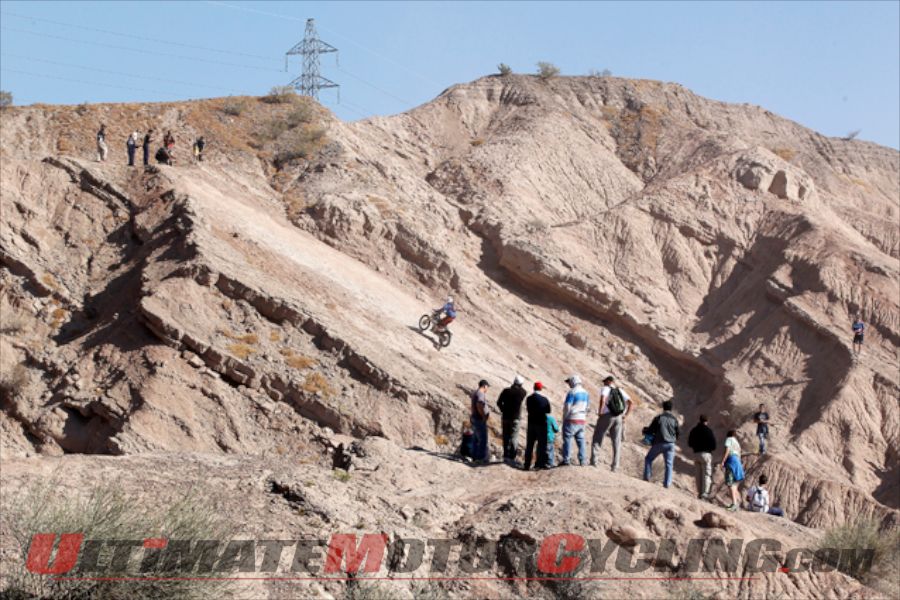 2014 ISDE Day 2 ResultsAt the end of the first day of competition in the FIM International Six Days Enduro (ISDE) World Trophy in San Juan, Argentina, France had a 1:19 lead over the second-place United States team.But by the end of day two, France’s lead was greater, and a determined Australian team overtook the U.S. team for second. As for the U.S team – it slipped to fourth.With Pierre-Alexandre Renet (Husqvarna) topping the individual overall standings for the second day running and all six team riders in the top 20, France built up a 6:43-minute lead over Australia. Spain follows in third, 11:37 behind, and the US 12:53 behind.The U.S. slipped to fourth when Charlie Mullins (KTM) crashed on more than one occasion. Team USA is still within striking distance of a podium finish, but being down to five riders, it faces a major challenge.The Australian team had an exceptionally strong performance in bypassing the U.S. into second place given the fact that it, too is down a rider.Spain has all six of its team riders still in contention and has a 36 seconds lead over the U.S., so the gap between the two is not insurmountable, but it could be a tough go for the U.S. Germany held on to its fifth place position, finishing as it did on day one, but 29:47 off the lead of the French.The U.S. team had better results in the Junior World Trophy class as it won the second day of competition and powered past France into second place overall behind Australia, who remain in the lead, with the U.S. 22.7 seconds off the pace.Defending champion France, meanwhile is 35.25 seconds off the lead pace and only about 13 sec. behind the U.S., so things are very tight in the podium race at this point. Sweden is in fourth place and is only 1:37 off the lead pace followed by Chile in fifth place 3:51 down from the lead.In the FIM Women’s World Trophy class, Australia increased its lead over the United States to 15:12 and 27:53 over Team Canada. Australian teammates Jessica Gardiner (Sherco) and Jemma Wilson – Yamaha placed first and second in the Women’s overall individual standings.France’s Christophe Nambotin (KTM) captured his second Enduro 1 class win in as many days with Marc Bourgeois – Yamaha and Jeremy Tarroux (Sherco) taking second and third producing a French sweep of the top three positions.Renet claimed his second victory in the Enduro 2 class in as many days with Australia’s Matthew Phillips – KTM coming in second, while France’s junior rider Loic Larrieu (Husqvarna) took third.In Enduro 3, the United States’ Taylor Robert (KTM) narrowly topped Australia’s Toby Price (KTM) to secure his first victory of the week with Spain’s Ivan Cervantes (KTM) finishing third.Day three of the ISDE will see a new course with sandy and rocky special tests to challenge the competitors as they reach the midway point in the race.