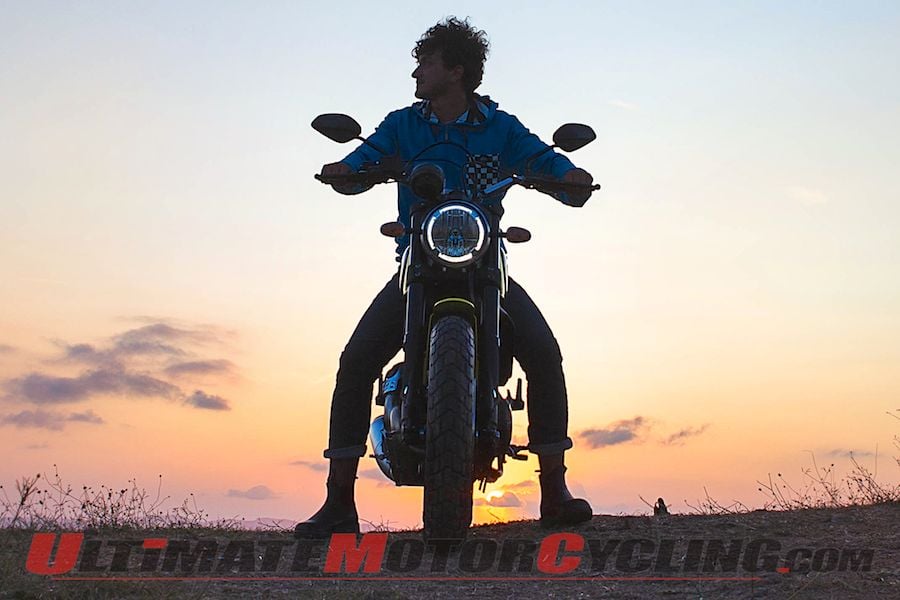 Back in 2013, under new CEO Claudio Domenicalli, Ducati unveiled its industrial development plan, which promised new motorcycles and a few “family-extension” models.

Since then, Ducati has released the Monster 1200, the 899 Panigale, the Superleggera, and the Monster 821 – four brand-new motorcycles added to the Borgo Panigale-manufacturer’s lineup.

These new models were hyped, but not as much as the newest member about to join the lineup – the Scrambler. This hipster-forward bike is a rebirth of the original version that was popular in the US in the ‘60s and ‘70s.

Why such hype? Ducati is reaching outside of its usual demographic with hopes of bringing in new customers – similar to what occurred with the Diavel.

Only few eyes have observed the new Scrambler, including employees and a selected bunch at World Ducati Week. This helped further ascend the buzz Ducati was after.

And on September 30, all this hype culminates with the world debut of the 2015 Ducati Scrambler at INTERMOT 2014. There, Ducati

But they hype is not over – Ducati has now begun a dedicated Instagram page that will be updated daily ahead of the September 30 launch.

Speaking of the updates, Ducati says “This (Instagram) popular photograph-based network will soon see the publication of a series of artistic impressions featuring the Scrambler and some of the project’s technical and creative staff members.

“Every day, up to September 30, an image with a protagonist and a detail of the bike will be posted, all in perfect Scrambler style.”

Will the hype and ambitious marketing campaign pay off? The Ducati Scrambler will reach showroom floors in early 2015, and if offered at the right price – read LOW – there’s no doubting this will be a seller. Plus, it will likely become the cheapest Ducati available, clout that was once was held by the now defunct Monster 696.

Stay clicked to Ultimate MotorCycling.com for all the info on the Ducati Scrambler when it becomes available September 30.

For now, here’s what we do know: the 2015 Ducati Scrambler will arrive with 10-spoke wheels, a single front-disc brake, LED headlight, Diavel-style license-plate holder, a single gauge offset to the right of the rider, and, of course, an L-Twin. This engine will likely be the air-cooled, two-valve 696 or 796 transplanted from the older Monster.