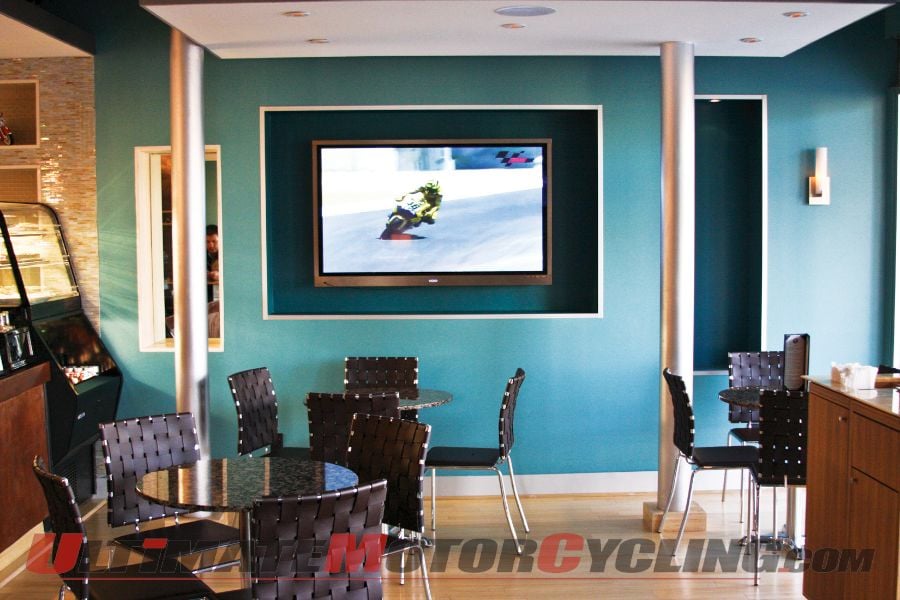 Motopia Motorcycle ClubMotopia in the Uptown neighborhood of Dallas is not your stereotypical motorcycle club of loud cruiser motorcycles, with head-banging metal rock music blaring from cheap speakers and a beer-soaked worn-out interior.Instead, Motopia is a European-style motorcycle clubhouse where members quietly hang out in a business-class lounge that has a coffee bar similar to ones found in Italy.There is a cozy eating area where members can order items from a bistro-style menu, while having their rides worked on by certified mechanics in an adjacent garage (open Thursday through Saturday) with the work area visible through a large window.The idea to start a motorcycle club came from friends of founder and owner Rene Larrave after he had successfully sold a business and was looking for a development project that was a bit more relaxing. With decades of riding experience under his belt, Larrave has touched rubber down in 50 countries. Thus, Motopia was born. 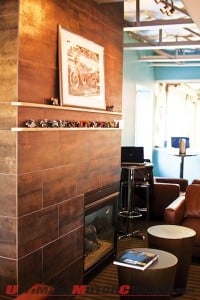 After an initial attempt to keep the club public, Motopia was reorganized into a members-only club where word-of- mouth recruiting occurs, rather than a media-based advertising campaign.The culture that Larrave set out to create is more commonly found outside of the United States—a “third place” that is not home and not the office, but a gathering place that emphasizes social bonding rather than “What’s in it for me?”Granted, there are some perks to being a member, such as access to the nearby MotorSport Ranch racetrack for ride days and discounts on riding gear and parts. Still, these perks are really side benefits rather than the raison d’être.Motopia is a non-profit organization run by the members, who determine such things as the operating hours, changes to the physical facility, and riding events. Additionally, a members- based committee also plans multi-day rides, including adventure bike tours to domestic and international destinations. It’s the last benefit that is really the value of the club.Because of the nature of the club’s style, the members don’t typically gather in large numbers at Motopia. A fair number of the members will see each other at track days, whereas a smaller group will spend time on a two-week or more adventure motorcycle ride.Active riders are catered to, as there is a private bike night every Thursday evening, and a weekly Sunday morning ride.For additional information, visit Motopia.Story from Ultimate MotorCycling magazine; for subscription services, click here.