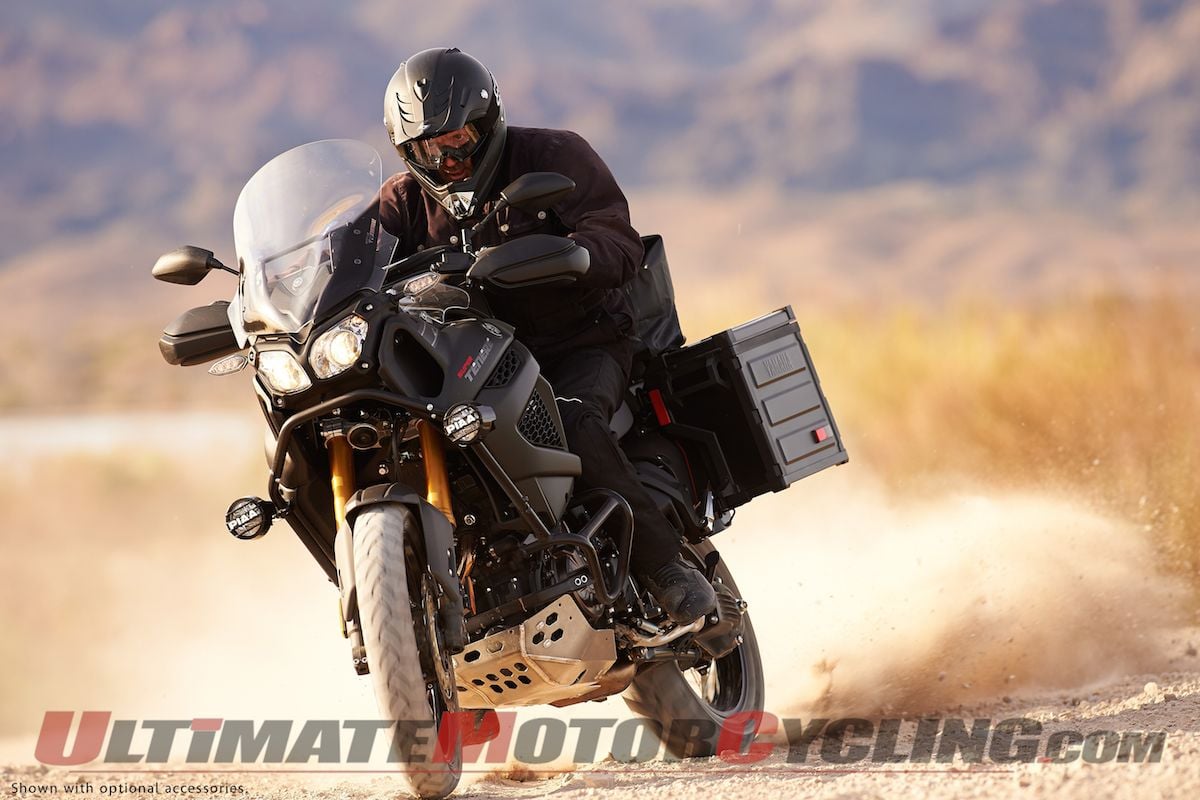 2014 Yamaha Super Tenere Photos/Images/WallpaperKnowing competition is high in the adventure-motorcycle market, Yamaha has upgraded its Super Tenere for 2014.Yamaha now offers the base model,  and the ES version with electronic suspension similar to what is used on the FJR1300ES. The latter was not expected to reach US shores, but Yamaha shocked many when the bike was set to be sold in America.Both the ES and standard models receive upgrades to their 1199cc parallel twins. The changes are claimed to improve power and torque, and provide smoother acceleration.Other improvements on both Super Tenere models are LED turn lights, a revised dash display, and revised heated grips with three settings. The Ride Modes were also re-calibrated for more notable differences between T (touring) and S (sport) settings.The Super Tenere ES version is only available in the Matte Gray/Matte Black color combo, and runs $1,100 over the standard’s price of $15,090.Attached above is a photo gallery of the 2014 Yamaha Super Tenere and the Super Tenere ES. Each image can also be used for wallpaper. To use as wallpaper, simply right click the desired thumbnail and save to desktop background.For a preview, visit 2014 Yamaha Super Tenere (ES) Preview.