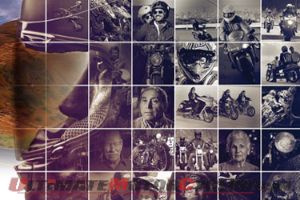 “Why We Ride” to Worldwide AudienceThe very popular film for motorcyclists “Why We Ride” will now be available to a worldwide audience through iTunes and Amazon, Producer/Director Bryan H. Carroll and Producer James Walker announced Tuesday.The film, which has :brought the motorcycle community together in a celebration of what it means to be a rider,” will be available across all six continents in the new digital format.Speaking of the news, Bryan H. Carroll says “Motorcycling is about sharing and it’s a real privilege to be able to share this film with the international motorcycling  community. Making this film wouldn’t have been possible without the support of motorcyclist around the world, and sharing our story with everyone who has ever ridden a bike has been our dream all along.”Winner of the 2014 Family Choice Award, the 2014 AMA Hazel Kolb Brighter Image Award, the 2014 Portland Motorcycle Film Fest, and the 2013 Motorcycle Film Fest, “Why We Ride” has been shown at over 200 fan hosted screenings across the United States.“Why We Ride” Download Sites:Our iTunes Store: http://bit.ly/1hjO9s2,
Amazon store: http://bit.ly/1fnrHHx