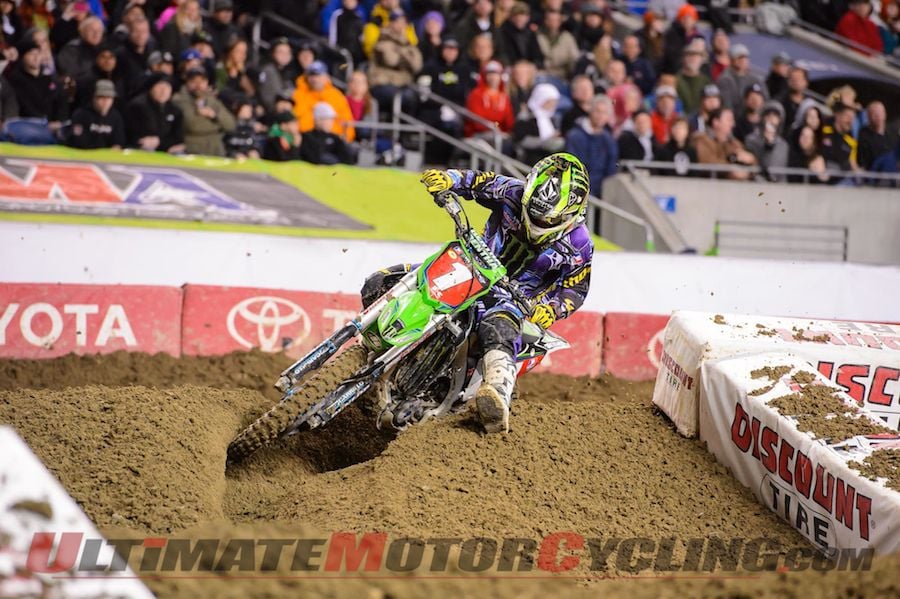 2014 Monster Energy Kawasaki KX450FTonight, Monster Energy Kawasaki’s Ryan Villopoto will begin a trek at earning a fourth consecutive Monster Energy AMA Supercross title.If this occurs, Villopoto will join the ranks of SX legends Jeremy McGrath and Ricky Carmichael, the only other riders to win more than three SX titles.And much is owed to the bike that has propelled Villopoto to his last three titles, the Kawasaki KX450F.Kawasaki released the below graph highlighting the strength of the Villopoto and his teammate Jake Wiemer’s KX450F SX machine since 2007. 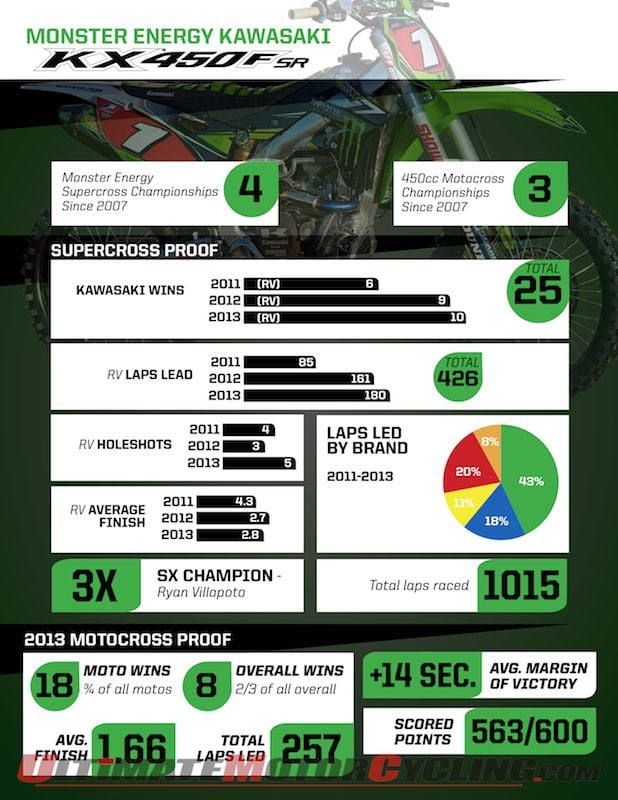