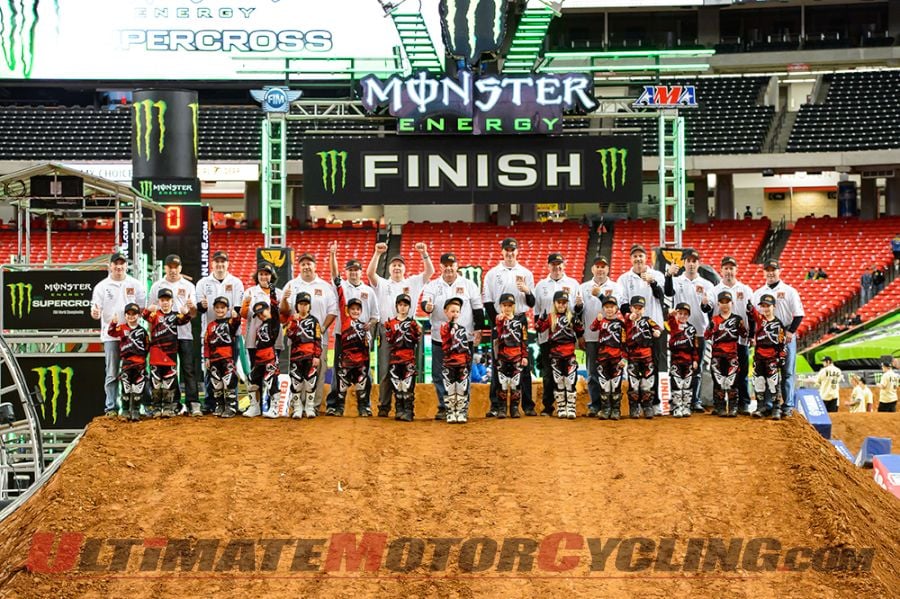 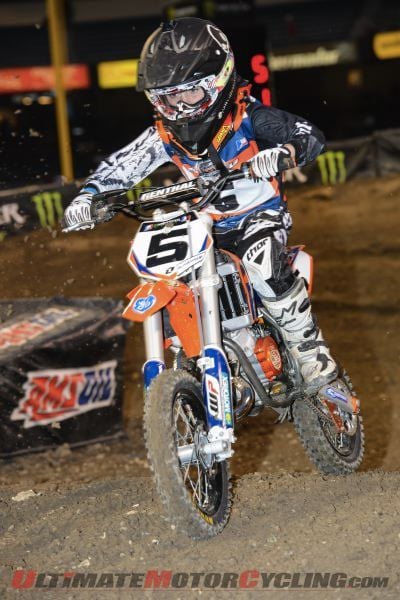 2014 KTM Jr. SX Challenge CalendarKTM North America has announced its 2014 KTM Junior Supercross Challenge (KJSC) program, along with the application deadlines.KJSC is the intermission show at select Monster Energy AMA Supercross rounds that showcases the talent of the youngest SX riders. The program was expanded for 2014, and it now features 10 rounds.Following are the application deadlines:About the KTM Junior Supercross ChampionshipThe KJSC is an intermission program where 15 randomly selected riders race aboard identically prepared KTM 50 SXS motorcycles. Throughout the day, riders get to go on a track walk, participate in two practice sessions, sign autographs for their fans, be introduced during opening ceremonies and race a three-lap exhibition race during the Supercross night program.Interested applicants must be 7-8 years old and meet the full requirements listed in the official rules. All rules and online entry forms can be found at the KJSC event website ktmjrsx.com. Entry is now open. Any additional inquiries about the KJSC should be directed to local KTM dealerships or through the “contact us” section of the website.