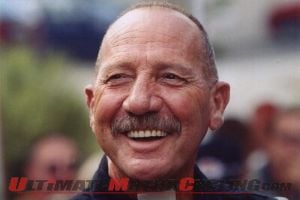 Corbin’s 4th Annual Rider Appreciation DaySonny Barger, an American Legend and founding member (1957) of the Oakland, California, U.S. chapter of the Hells Angels Motorcycle Club will be present at Corbin’s 4th Annual Rider Appreciation Day from 11 a.m. to 4 p.m. July 6 promoting his newly released movie “Dead in 5 Heartbeats” and to support his good friend and fellow HA Brother Phil Cross.Cross will also be at Corbin promoting and signing copies of his hot off the press book “Gypsy Joker to A Hells Angel” and to sign autographs and answer questions.Sonny Barger says: “Phil’s new book Gypsy Joker to A Hells Angel is based on 44 years as a Hells Angel. The photos are incredible, as if you were there and the stories are a must read for all motorcycle riders.”This “soon to be” best seller chronicles his life and wild times as a club member in his own words and contains many of his personal photos. You don’t want to miss this great event…it’s an opportunity to meet two legends of the outlaw motorcycle world.Sonny Barger…An American Legend“Dead in 5 heartbeats” is adapted from the successful novel written by American Legend Sonny Barger and was shot in 24 days entirely on location in the State of Arizona. A majority of the featured fictional motorcycle club members in the film, “The Infidelz”, were played by real Hells Angels Club Members.Also, a majority of the MC’s featured in the film were authentic and from the state of Arizona including The Hooligans, Alma and The Rollin Knights. Come watch the movie inside Corbin’s factory…it will running on several different large flat screens throughout the event. Dead in 5 Heartbeats was recently released and is showing across the country right now. Check out Deadin5heartbeats.com for locations and dates. It will be available on DVD in September…watch for it!As always, Corbin will be running factory tours throughout the day and will also be offering a 10-percent discount on all Corbin products throughout the week. Installation of Corbin goodies is always free at the Corbin factory and you can make an appointment to have your new seat made.For those interested in obtaining more information on Corbin, you can reach them at 800-538-7035 or online at corbin.com. Visit Corbin Headquarters at 2360 Technology Parkway,Hollister, CA. 95023 or Corbin Florida at 1433 US Highway 1, Ormond Beach, FL 32174.