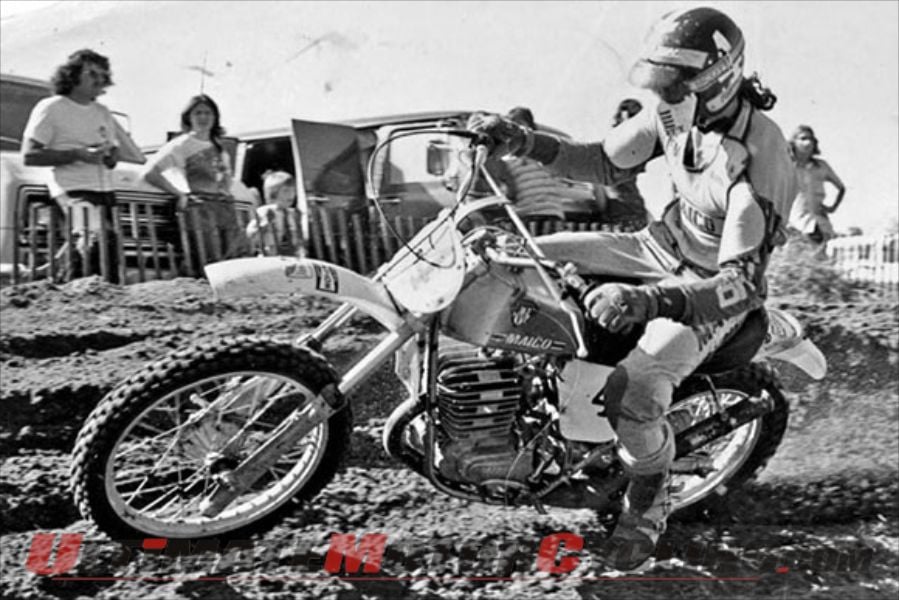 2013 Legends and Heroes Supercross TourThis week, as Monster Energy AMA Supercross racing resumes, the Legends and Heroes Tour is back in action as well! This week’s stop is Reliant Stadium in Houston, Texas, and the Supercross hero to be honored is Texas local, Steve Stackable.Steve Stackable first began racing motorcycles in Texas in the late ’60s. Soon after starting his career by dominating the novice class right out of the gate, “Stacks” went looking for a new challenge.Stackable and his mechanic, Ricky Lloyd, loaded up their van and headed east to race a round of the highly competitive AMA Winter Motocross series. Amazingly, he won there too – but this time in the expert class. Steve was a natural, and by 1973, he started showing up on the podium at the majority of the AMA Nationals and the Trans-AMA events with the help of U.S. Sports.This success drew attention from the Maico factory, and in 1974, with a factory-supported ride, Stackable managed to finish third in the 500cc Nationals behind Jimmy Weinert and Tony DiStefano, earning him a full factory ride with Maico.Stackable returned the favor in full by giving Maico the best year of his career – 1975 – winning the 500cc class of the AMA Supercross Championship, which then led him to an even more lucrative contract with Suzuki for 1976. While Stackable came up short for the ’76 title behind a wild-eyed kid named Bob Hannah, he placed third in both the 250cc and 500cc Outdoor National classes. Steve continued to race until the early 80’s when he retired. Today “Stacks” is an accomplished tandem hang-gliding and paragliding instructor and an avid moto fan.Many thanks to Cogdell Law, Rio Bravo MX, Bill Kasson, Team Cramp and The Old School MX Reunion Team for their support of the Legends and Heroes Tour and their contributions that allowed Steve to attend the Houston round.For more information on Monster Energy AMA Supercross go to SupercrossOnline.com. For more information on the Legends and Heroes of Motocross Tour, please visit LegendsAndHeroesTour.org.