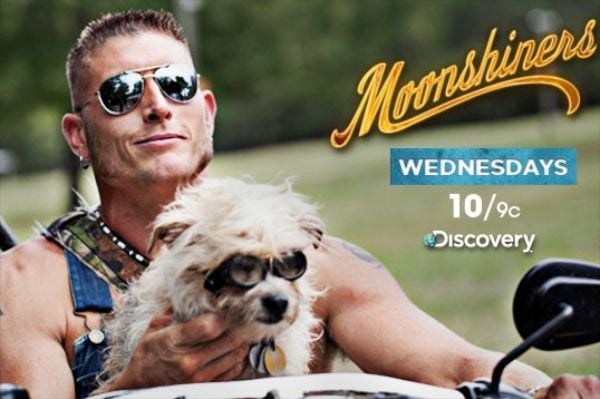 2013 Daytona Bike WeekThe stars of Discovery Channel’s docudrama series “Moonshiners” will visit Daytona Bike Week 2013, the Daytona Regional Chamber of Commerce says.The stars of “Moonshiners” –  a series that dramatizes the illegal moonshine production in the Appalachian Mountains from Josh, Bill, Dylan and Cutie Pie, the dog that rides on the back of their motorcycles – will visit local bars and restaurants, take pictures and give Daytona a taste of their moonshine.These three and their dog will also be Grand Marshals of the Harley-Davidson Appreciation Parade, and will follow Harley-Davidson’s team, which takes place at 9 a.m. Saturday, March 16, on International Speedway Blvd.Speaking for his crew, Josh says: “The Moonshiners love Daytona Beach; it’s the greatest honor of our lives.  We’re excited to partake in the World’s Largest Motorcycle Event.”Visit the Official Bike Week Welcome Center tent to get an up-close-and-personal view of the Moonshiners’ very own still that will be on display for the week.  At the tent, visitors can pick up their Official Bike Week Pocket Guides and other important event brochures.The Moonshiners are scheduled to appear at the following locations:Additional information on Bike Week in Daytona Beach can be found by downloading the Official Bike Week iPhone App and also on the Official Daytona Bike Week Website at officialbikeweek.com.