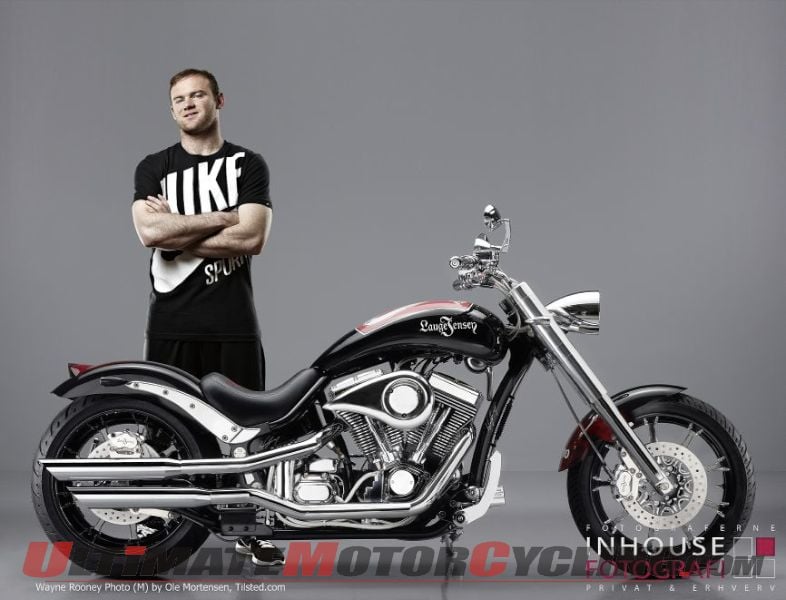 Football Star Wayne Rooney’s Custom Motorcycle Bonhams SaleA motorcycle designed by Manchester United and England footballer Wayne Rooney was the top-selling lot at the Bonhams auction of Sporting & Golf Memorabilia in Chester, UK, on Wednesday, Feb. 20, for $66,000 (£43,250).The 2012 Lauge Jensen cruiser-style machine, designed by the world-famous striker and custom-made by the Danish motorcycle manufacturer was sold in aid of KidsAid, a Danish charitable foundation that helps young people affected by illness.It incorporated a number of special features, including:Wayne Rooney says: “The bike was made to commemorate and celebrate my overhead kick goal against Manchester City that was voted by the fans the best goal in the 20 years of the Premier League.“Lauge Jensen, who I collaborated with in the design of the bike, I feel truly captured what the moment was about in the creation of this unique bike. I am further delighted that through Bonhams we have been able to raise a fantastic amount of money to benefit the KidsAid charity.”The entire auction realized just over £270,000 ($412,000), with a 90-percent sale rate.