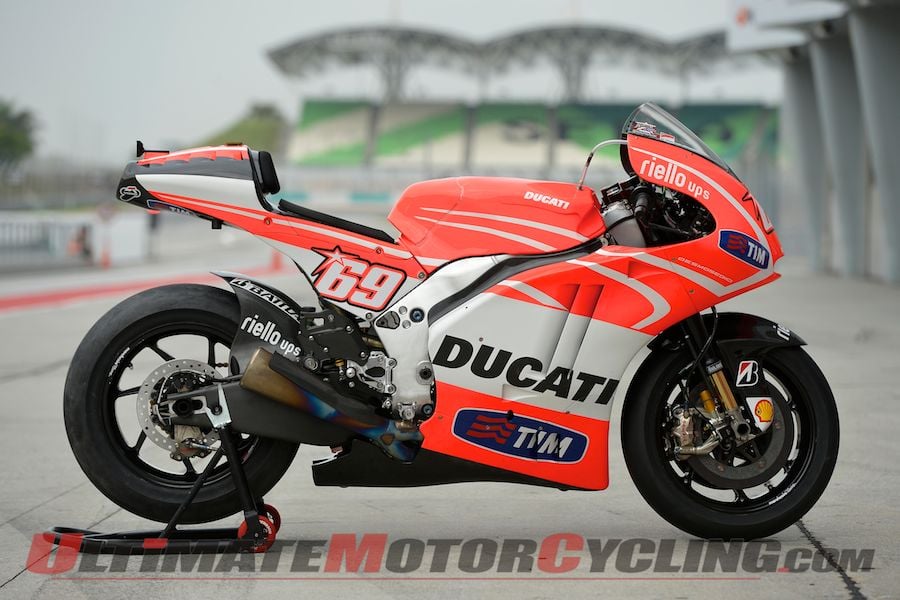 2013 MotoGP Championship TestingWith test rider Michele Pirro and Pramac Racing Ducati’s Andrea Iannone at the controls of the Desmosedici GP13, Ducati completed Sunday three days of private testing at the Jerez de la Frontera circuit in Spain.Ducati originally was expected to only use Pirro during the developmental testing sessions, but last week also decided to invite Iannone, the teammate of newly-signed Pramac Ducati rider Ben Spies.Ducati says “during the three days, several new components on the chassis side of the ‘laboratory’ bikes were tested successfully and everything went according to expectations. In addition the riders tested some different electronic strategies and they also went according to plan, leaving the team satisfied with the outcome. The success of both of these solutions indicate that the Ducati Team is working in the right direction, in what is just the first phase of its development program for this year.”The factory Ducati Team of Nicky Hayden and Andrea Dovizioso, and Pramac Racing Team of Spies and Iannone will head to Sepang International Circuit in Malaysia Feb. 26.28 for the second official pre-season MotoGP test sessions.