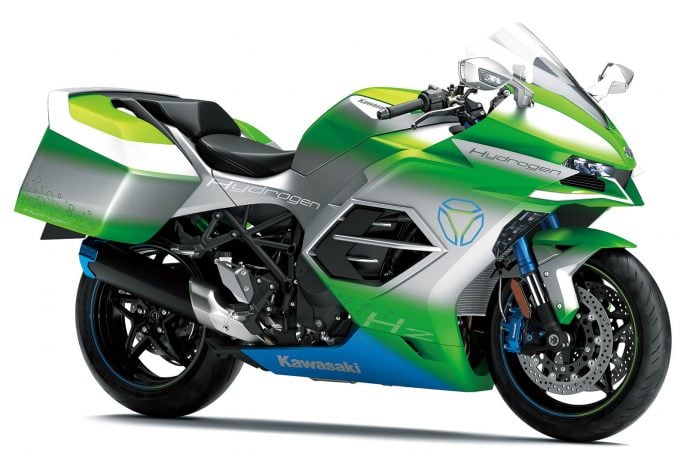 Kawasaki is mounting a multi-pronged response to the demand—government more than consumer—for alternatives to the traditional gasoline-powered internal combustion engine. Kawasaki Motors Corporation President Hiroshi Ito gave a rundown of Kawasaki production, pre-production, and prototype motorcycles that run on something other than gasoline. 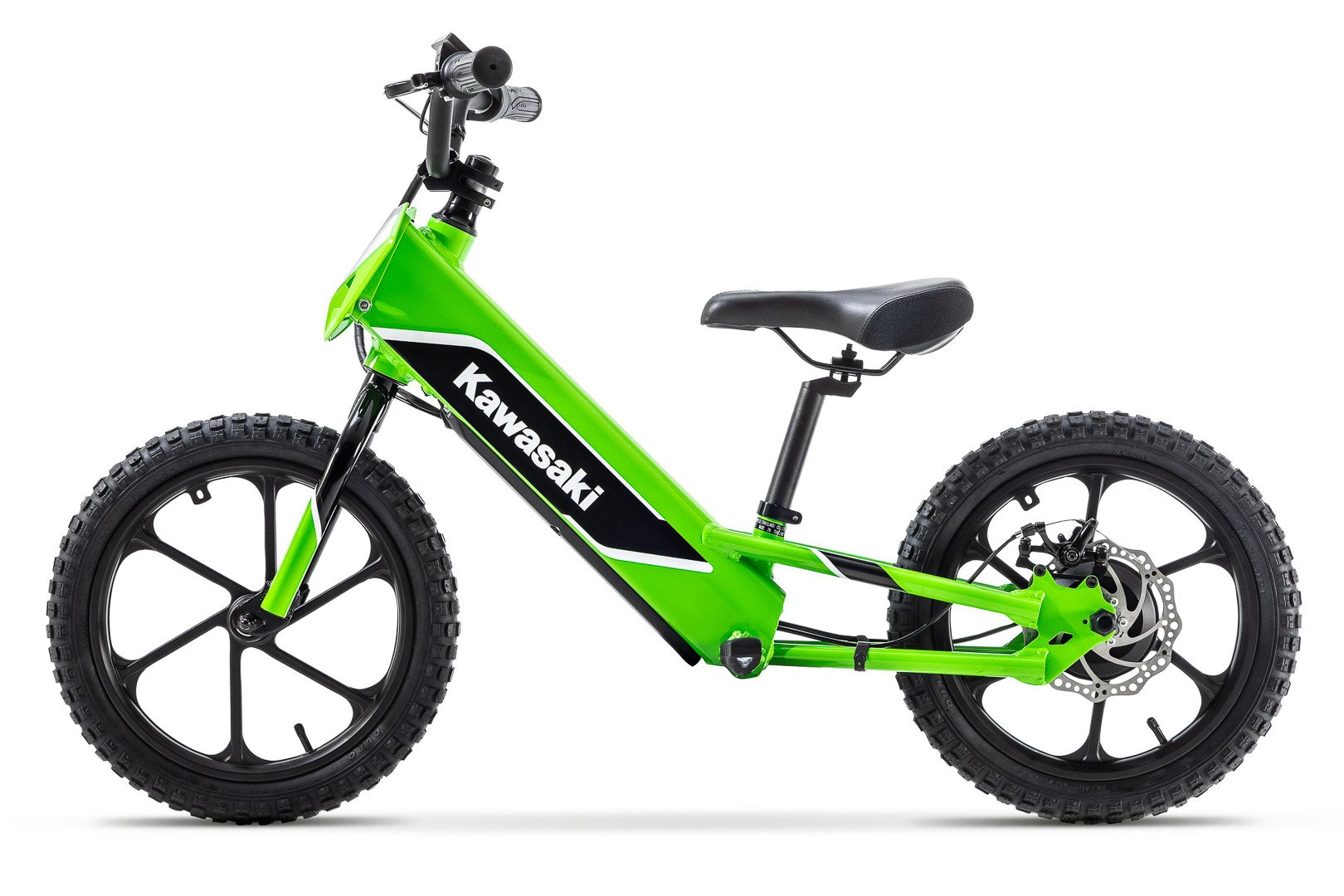 Up first and available for sale this month—just in time for Christmas—is the Kawasaki Elektrode. While two wheels, it is not quite a motorcycle. The Elektrode is Kawasaki’s answer to the Stacyc battery-powered balance bike for children ages 3 to 8. Designed and manufactured by Kawasaki, the Elektrode features a 250-watt electric motor, an aluminum frame with an integrated battery, 16-inch cast aluminum wheels, a rear disc brake, and plenty of ergonomic adjustability. The list price is $1099. 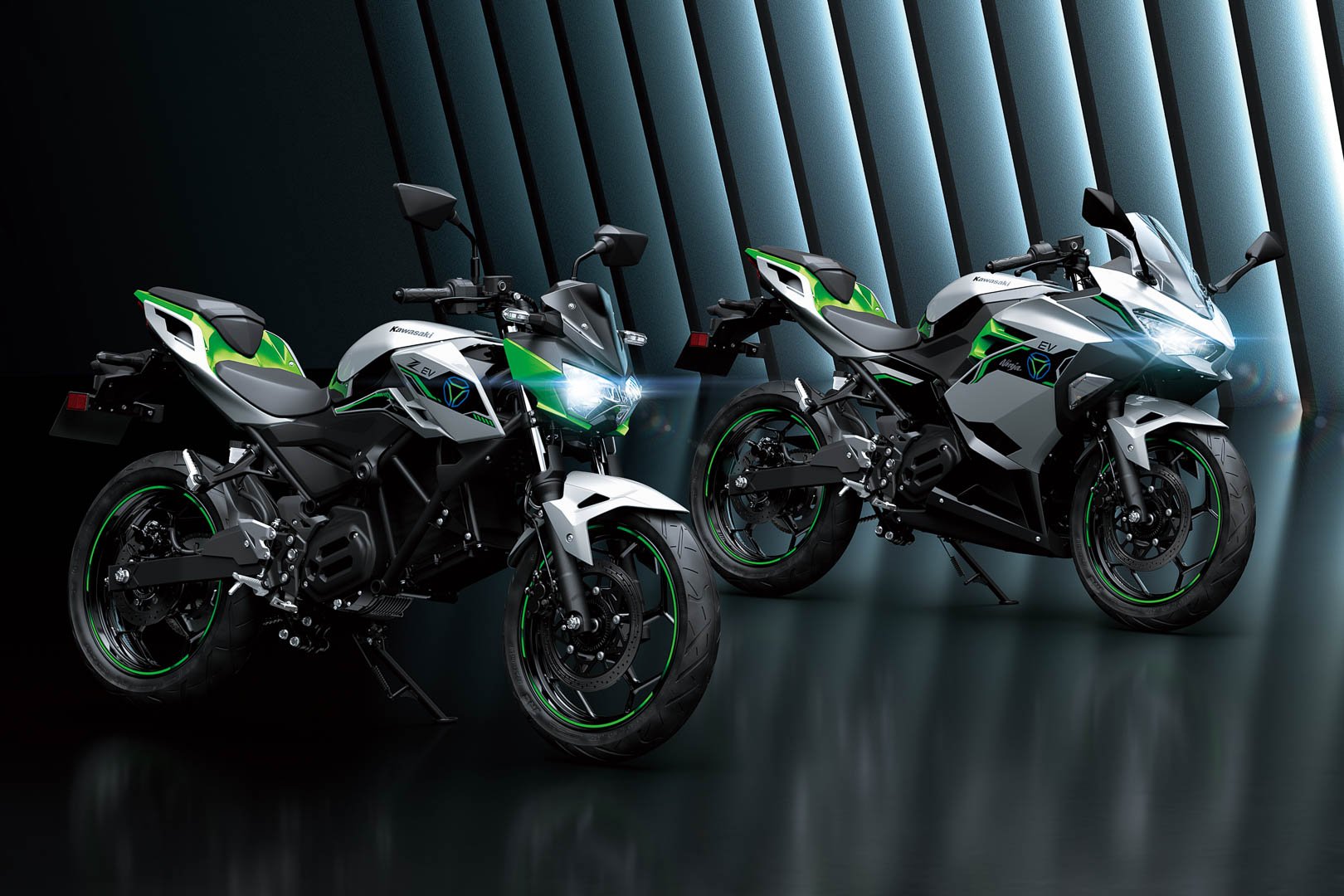 Moving to the pre-production stage, there is the Ninja BEV and Ninja Z-BEV. The two battery-powered Ninjas look to be based on the Ninja 400 platform, as they feature a single-disc front brake and IRC Road Winner tires. No specs are available, so the big questions about weight, power, range, and charging remain unanswered. Expect these two motorcycles to be 2024 models that will hit Kawasaki showroom floors in late 2023.Next up is the prototype Kawasaki HEV—a hybrid powered by a battery and a twin-cylinder engine. Again, this is a mid-spec motorcycle with a traditional fork, conventionally mounted Nissin brake calipers, and Dunlop Sportmax Roadsport 2 tires. You won’t see the Kawasaki HEV until 2024, and it will likely be a 2025 model. 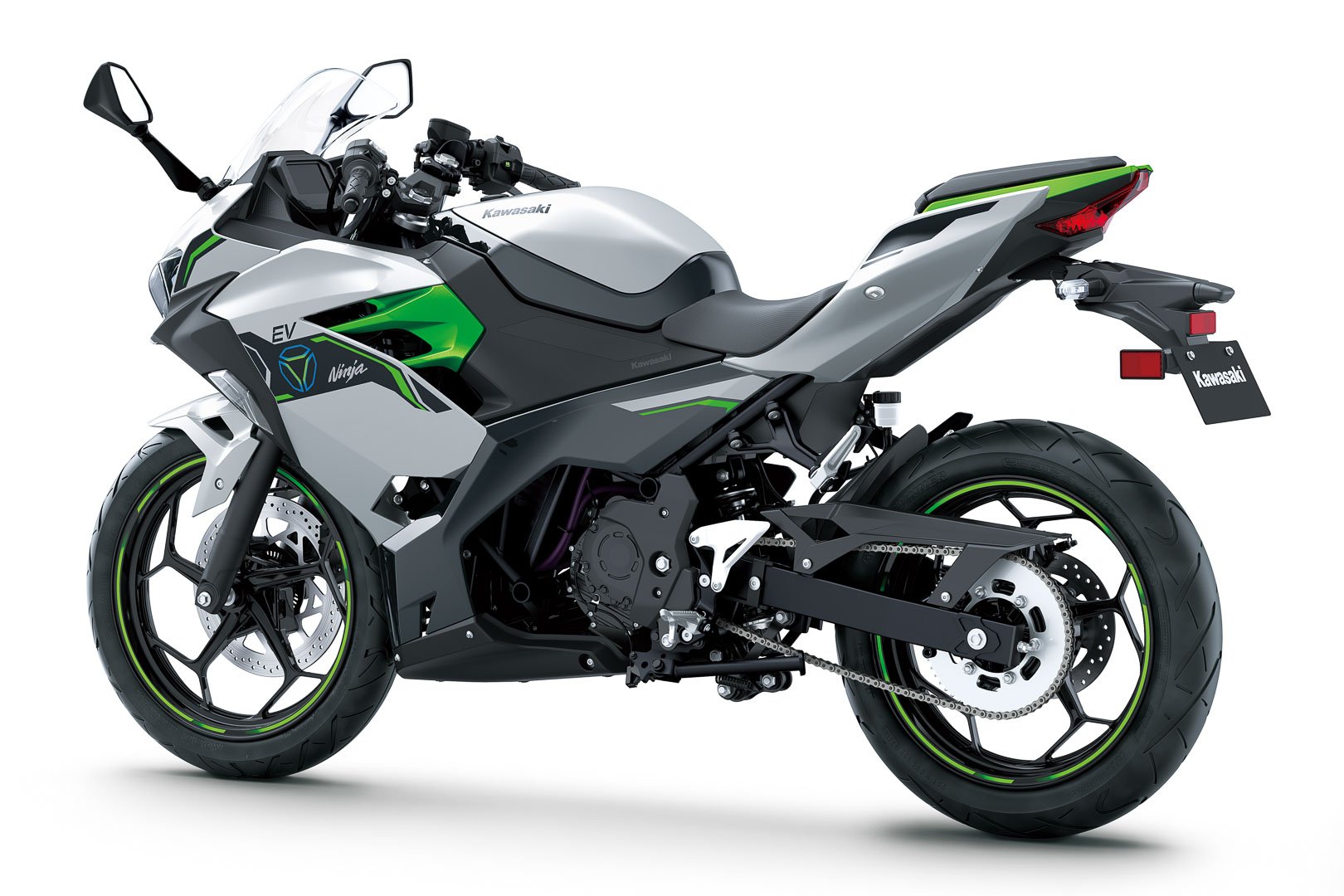 Going experimental, Kawasaki is working on an engine that uses directly injected compressed hydrogen gas. It will be mounted in the Ninja H2 platform, so you’re looking at a high-performance sport-touring motorcycle. The powerplant is also being considered for SxS use in a Teryx KRX 1000 chassis.If you’re worried that Kawasaki is abandoning the gasoline-powered internal combustion engine we all know and love, Ito says there will be 30 new traditionally powered motorcycles coming to market by the end of the 2025 model year. If you go with an electric, hybrid, or hydrogen Kawasaki, you’ll have a motorcycle with Kawasaki’s new Go With Green Power logo.