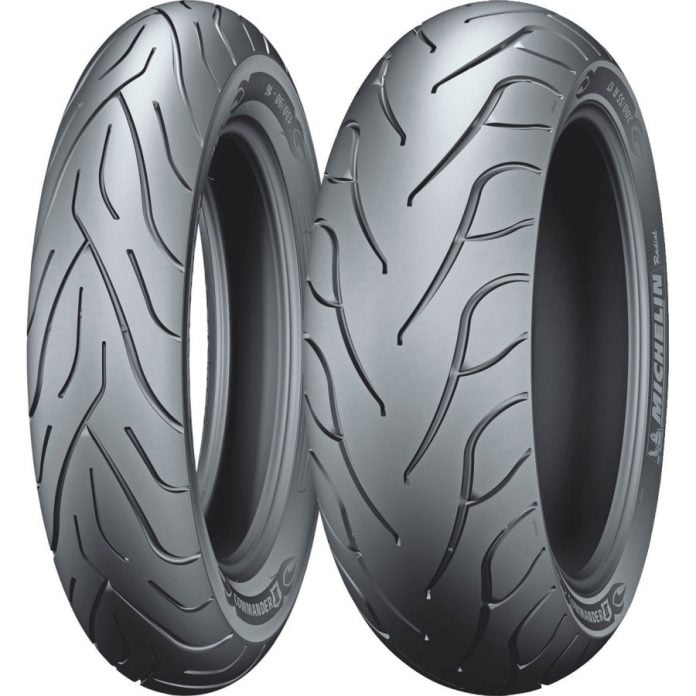 In September 2015, we began a long-term review of Michelin’s Commander II tires mounted on a 1985 Honda Magna VF700C. The goal was to determine how the tires’ performance and durability would compare to the same-model tire on a 2007 Harley-Davidson XL883R Sportster. We wanted to answer the question, “Does the power delivery of a V4 allow greater tire life than that of a V-twin?” 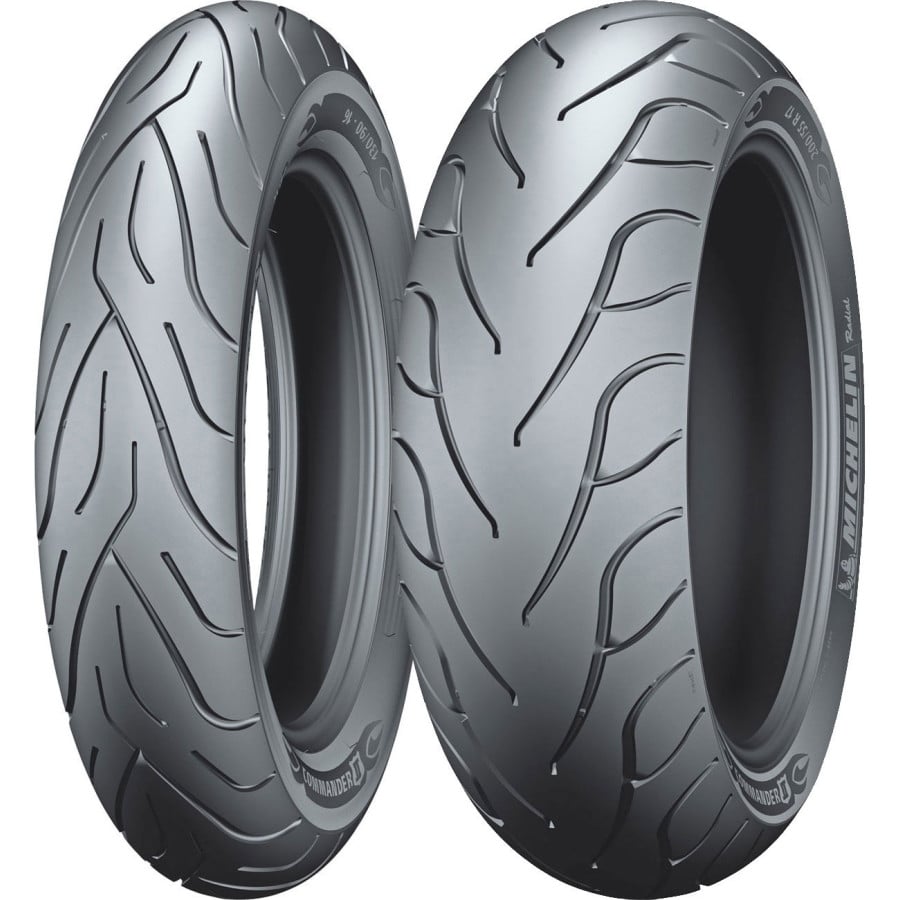 The Michelin Commander II is a dual-compound tire that puts a harder compound band around the midline of the tread and a softer compound at the shoulders of the tire. That design is intended to facilitate longer overall tread life, while providing improved traction for cornering.The Commander II uses Michelin’s Amplified Density Technology (ADT), which results in a more rigid tire casing for improved feedback and handling. The key factor in this design is using 90 thread density plies instead of the typical 71 thread plies. While some Commander II sizes are available as radials, the pairs we evaluated were bias ply.The rear tire features aramid fiber plies, which reduces weight and minimizes centrifugal distortion, further improving stability and tire life, according to Michelin. The French company says new compounds contribute to improved traction in the wet while extending tread life. Michelin claims square bead-wire technology increases casing rigidity for more precise handling and ease of installation.Long service life is the quality Michelin touts for the Commander II tire. According to the company, independent third-party testing showed the Commander II rear tire typically delivers about twice the mileage as the competition. That claim is based on commissioned third-party tests conducted in 2011 on public roads comparing Michelin Commander II, Metzeler ME880 Marathon, and Dunlop D407/D408 tires in sizes 130/80 x 17 and 180/65 x 16. The Michelin website didn’t provide any information about the mileage, tire loading conditions, or criteria used in the comparison.When we wrapped up the review on the Michelin Commander IIs mounted on the Sportster, they had been in service for 10,896 miles. As is usually the case, the front tire had enough tread to keep going for perhaps another couple thousand miles, but the rear tire had a 14-inch-long area where the entire outer tread layer of compound was worn away, exposing the substrate.Our goal was to see if there was any significant difference in the service life of the same model/type tire between a V-twin-powered motorcycle and a V4-driven motorcycle of similar weight and displacement. The Harley-Davidson Sportster 883R’s curb weight is about 590 pounds, compared to 535 pounds for the Honda Magna VF700C. We wondered if the power delivery characteristics of a V-twin compared to a V4 might have a measurable effect on tire service life.The bikes were ridden under similar road surface conditions, rider, cargo weight, riding style, and maintenance schedule. In both cases, the tires were professionally mounted and balanced on both bikes. Neither bike was ridden on track days or used for street drags, stunting, or the like. Indeed, the only notable factor that might have adversely affected overall tread life on either bike was a rear-wheel lock brake application to avoid hitting a deer in August 2017 while riding the VF700C.For each review, we didn’t do a lot of extended high-speed Interstate travel, though there was some of that. Most of the mileage we put on the Michelins on each type of bike was in the two-lane back road country of southwestern Wisconsin—state highways, county trunk highways, and paved township roads where a lot of cornering, braking, and accelerating would put the entire footprint of the tire to use and adhesion to the test.Some riding on gravel roads and wet pavement also took place on each tire set. As I was the only rider on both bikes for each review, variation in riding style—throttle management, braking, cornering, and so on—is unlikely to be a significant factor in tire wear.At this writing, there is still some life left in the Michelin Commander II front tire, but the sipe depth on the rear tire is pretty much gone from the mid-line portion of the rear tire. The time for replacement had come.Currently, this pair of Commander II tires has 12,574 miles in-service on the Honda VF700C Magna. That total is 1678 miles—15.4 percent—more than attained on the Harley Davidson Sportster 883R.While it suggests that our theory on differences in power delivery characteristics may have some validity, it isn’t enough evidence to say that it is the only factor. For example, the Sportster 883R is about 55 pounds (10.2 percent) heavier than the VF700C Magna, so the effect of that additional weight must be considered.Handling, ride quality, and stopping adhesion was equally good on each bike. No dealer service or repair work was required for either set of tires during these reviews. Overall, based on durability, service life, and performance, the Michelin Commander II tires are a solid choice for either type of motorcycle. As always, your mileage may vary.The Michelin Commander II tires have now been replaced front and rear with Bridgestone’s new Exedra Max high-mileage touring tires. We’ll keep you posted on how the Bridgestones perform down the road.Michelin Commander II Tire SizesFrontRear