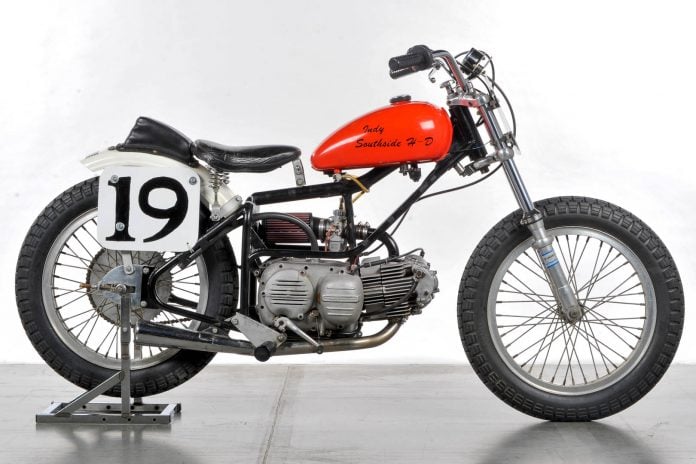 The beauty of purpose-built racing motorcycles is undeniable. This 1966 Aermacchi Harley-Davidson CR dirt tracker embraces minimalism, as everything on the bike is there to get it to the checkered flag as quickly as possible. Marvin Long took this racebike to a National Short Track win in Montana. 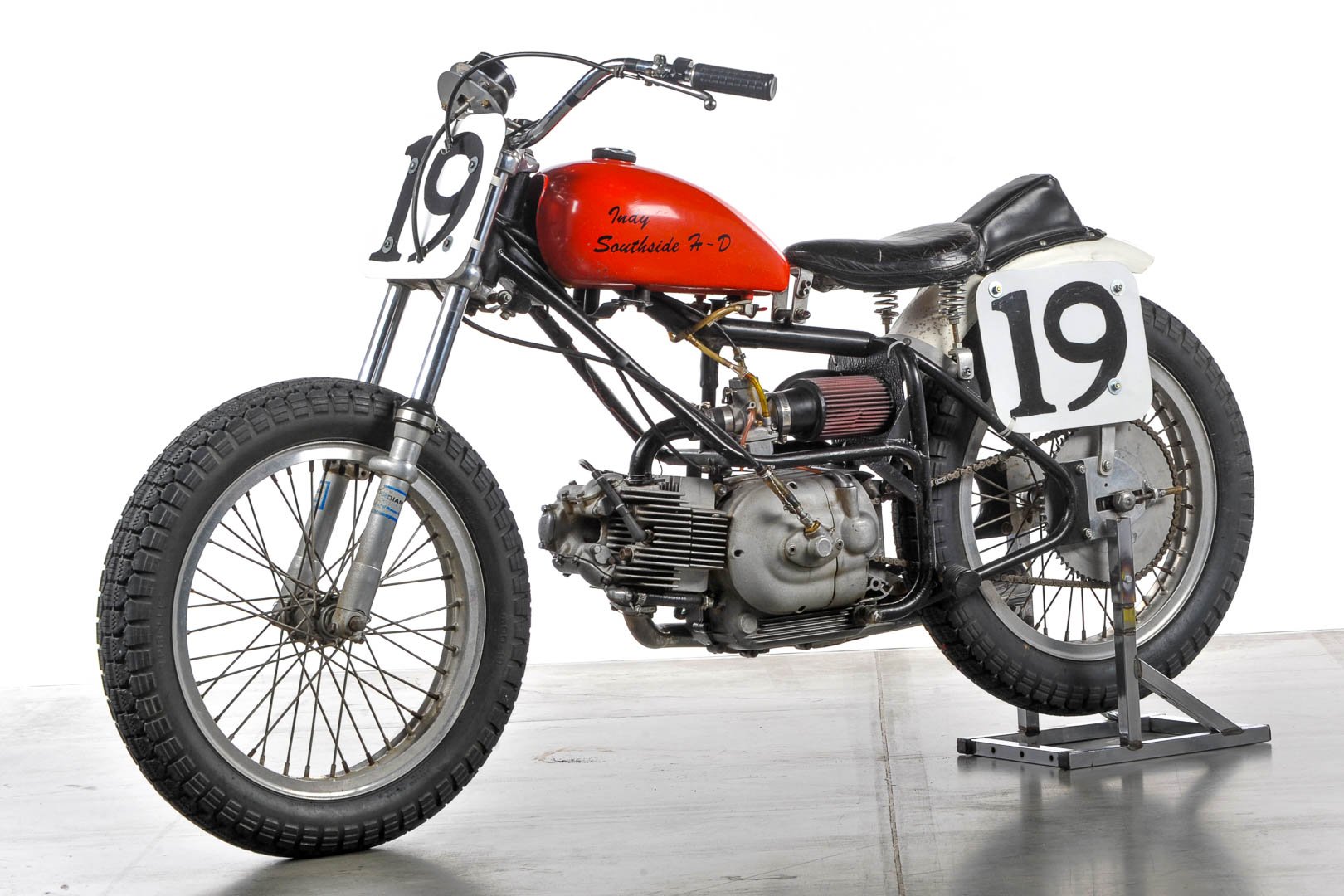 The Harley-Davidson dirt trackers of the era were not built by The Motor Company. Instead, they are essentially custom Aermacchi-powered racebikes. When the dealer received the racing kit, it consisted of an Aermacchi engine, frame, front forks, alloy racing wheels, fuel tank, seat, and rear fender. Once assembled and the builder added the tires, the result could be a short track racer weighing less than 200 pounds. 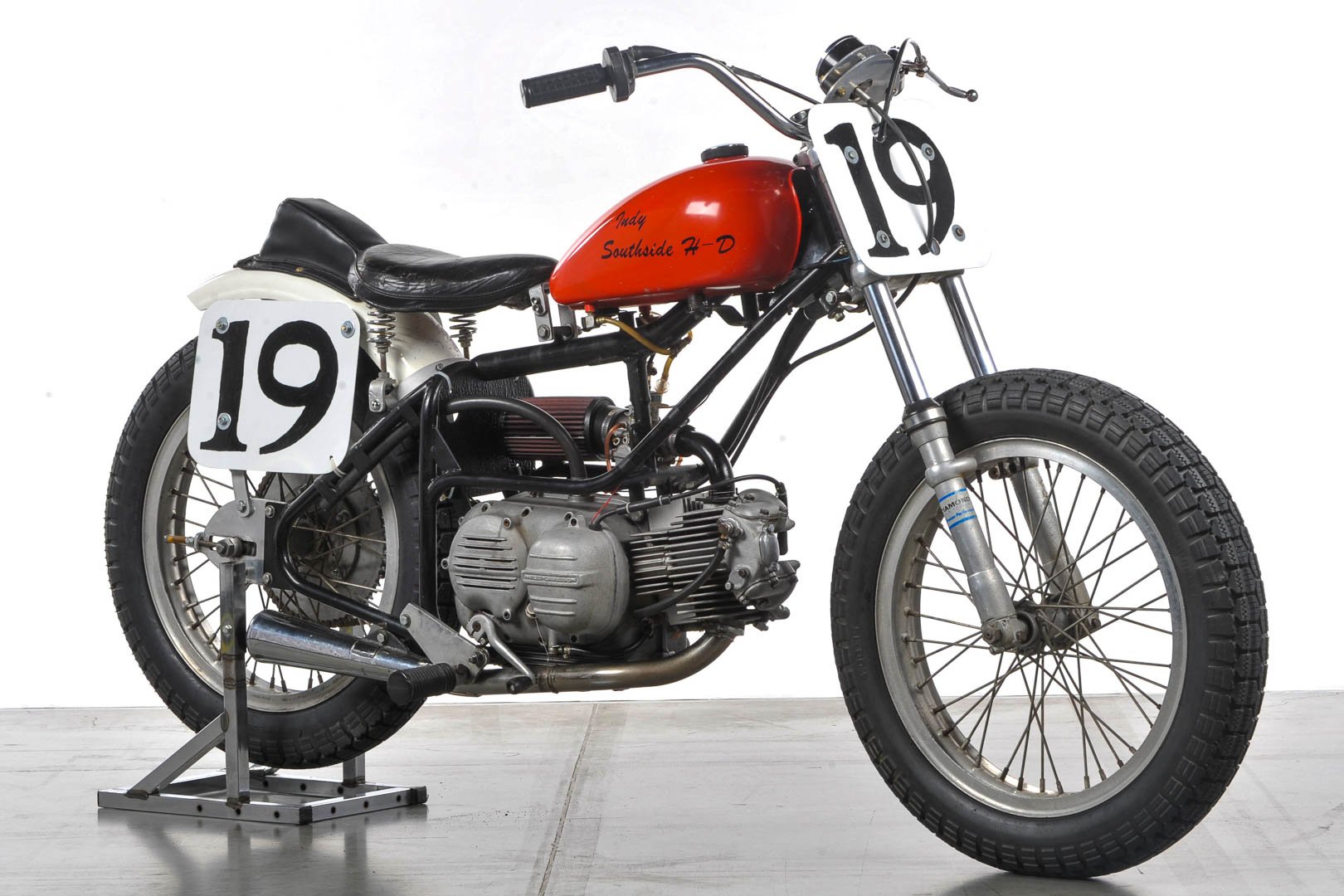 There were four different rigid frames available—this version has the motor mounted to two downtubes running above the powerplant to save weight. This CR still has the proper brake-free wheels, tank, fender, seat, and Ceriani 35mm fork. A more agreeable Mikuni carb is used rather than the original Dell’Orto SSI mixer. The single-cylinder 250cc overhead-valve four-stroke was claimed to produce 35 horsepower at the crank at 10,000 rpm. 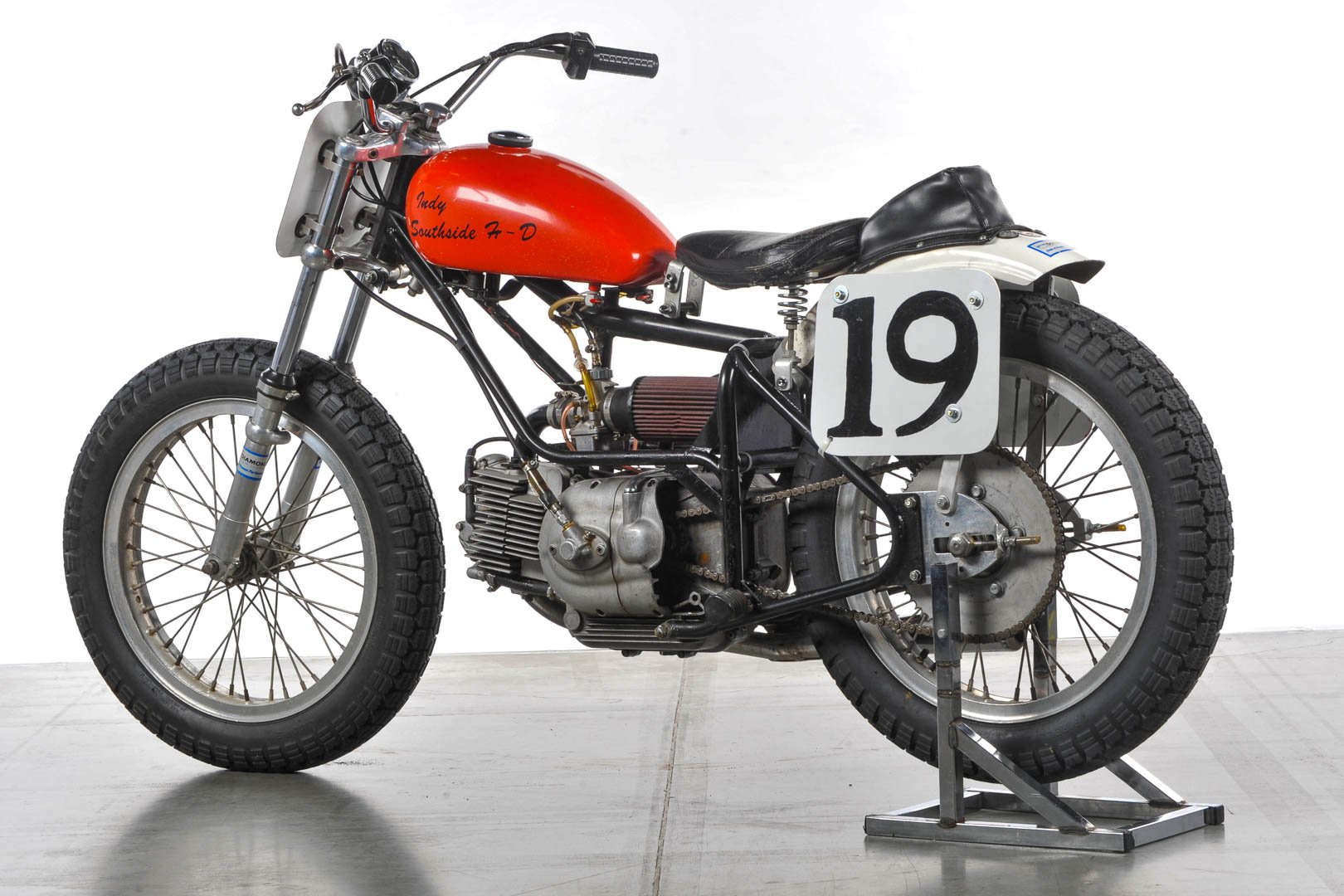 Thank you to Ron Lancaster at Lancaster Sprints in Illinois, and Sherry Long at Indy Southside for their detailed contributions to this story. Ron is a highly respected Sprint restorer/customizer and Aermacchi engine builder, while Sherry is the Marketing director at Indy Southside and the granddaughter of the builder of this 1966 Aermacchi Harley-Davidson CR Sprint.Photography by Michael Farapaugh