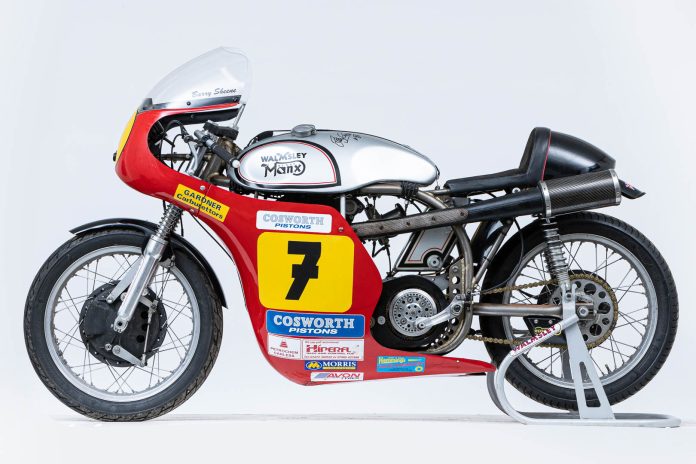 Barry Sheene enjoyed an illustrious career through the 1970s and into the ’80s. He started GP racing in the 125cc class in 1970, and had his first GP win in the same class a year later. Sheene took the Formula 750 title in 1973, and the most-prestigious crown of all, the 500cc GP championship, in 1976 and 1977. Sheene’s final 500cc GP win came in 1981, foreshadowing his retirement after the 1984 season. Sheene is known best for his rides on Suzuki and Yamaha machinery. However, his final race win came on a hand-built Norton Manx in 2002, and that motorcycle is being offered for sale at Bonhams’ Autumn Stafford Sale: The Classic Motorcycle Mechanics Show. 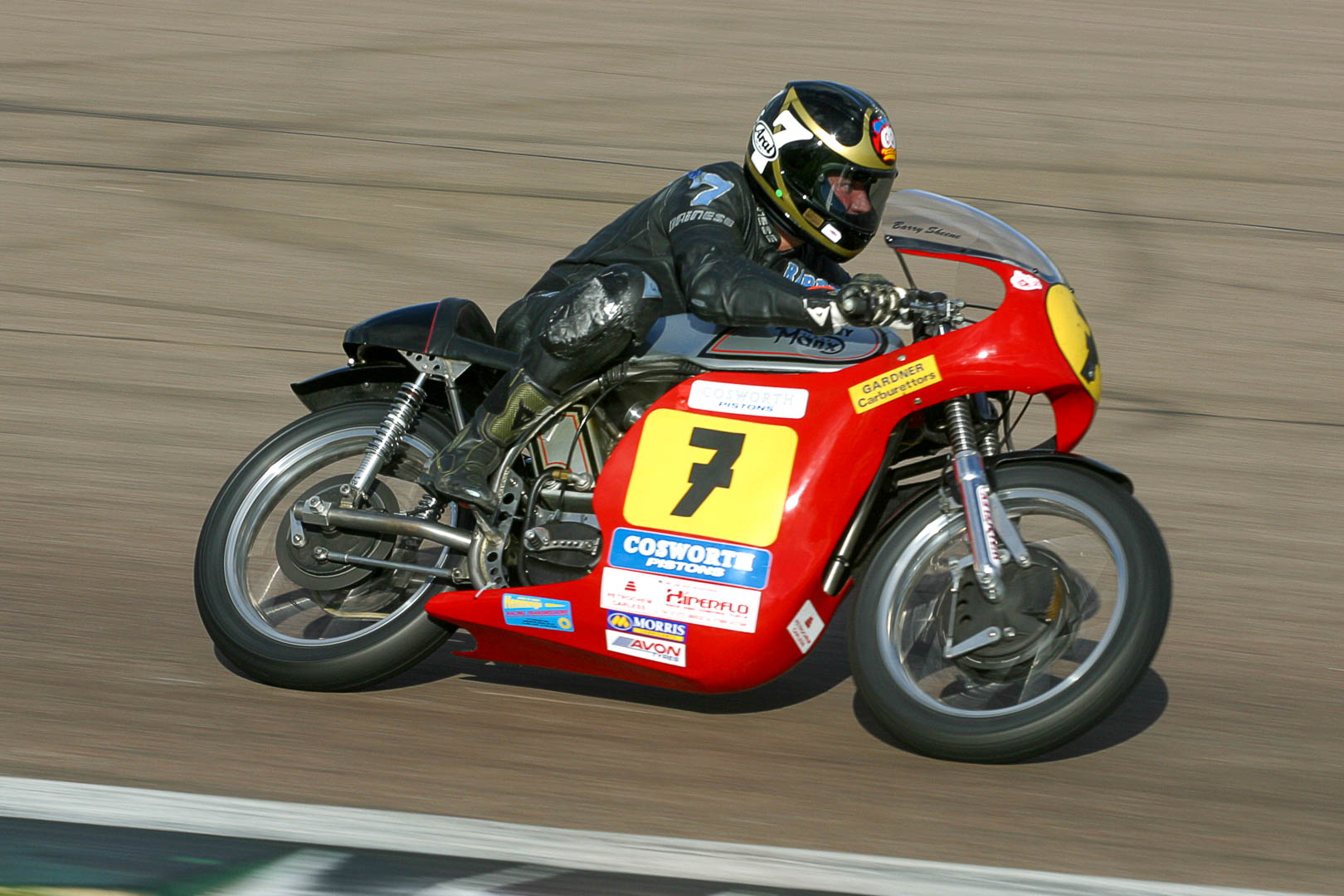 Held at the Staffordshire County Showground in Stafford on October 15 and 16, the Autumn Stafford Sale: The Classic Motorcycle Mechanics Show will drop the gavel on a 2001 FWD Norton Manx FW02 built by Fred Walmsley Development. Sheene rode the Norton to victory at the 2002 Goodwood Revival Meeting. It wasn’t Sheen’s first win on an FWD Norton, though it was his last.Although the motorcycle offered for sale is the machine raced by Sheene, it is not in the original 2002 condition. Since then, the Manx has been raced by Nic Allison and demonstrated by Marcus Bisson. The Sheene-raced powerplant has been replaced by the bike’s original engine. The Manx has these additional different parts: gearbox, fork, swingarm, and controls. 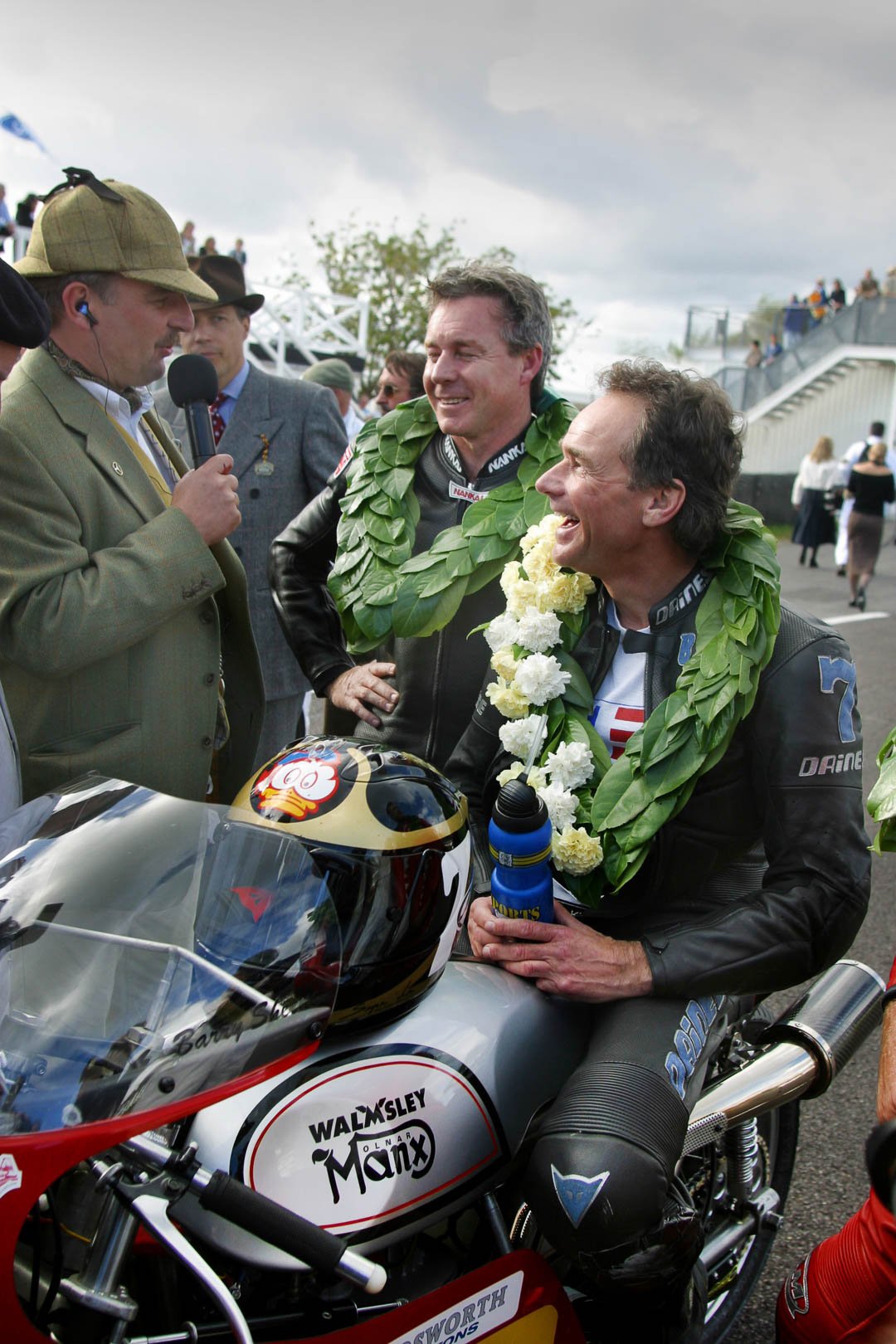 There’s also some question regarding the pedigree of the faring; Bonhams requests you inquire with the auction house for details. An additional fairing is included in the sale. It was used when Wayne Gardner rode the bike at The Barry Sheene Memorial Trophy event in 2003. An extra alloy fuel tank adds to the lot’s value, as does an extra seat stickered from the 2005 Sheene Run in Rugby.The Bonhams sale of the Barry Sheen race-winning Norton Manx includes historical artifacts, including documents, press clippings, and photography. The motorcycle is expected to go for as much as £75,000.Photography courtesy of Bonhams; location photography by James Mann