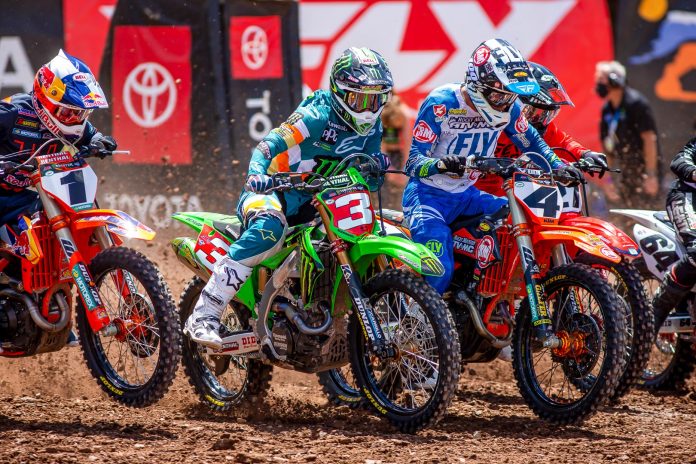 The first of seven consecutive rounds at Rice-Eccles Stadium is in the books, and there was only one surprise in the finishes for RMFantasySX.com players. Let’s gaze into the crystal ball and try to divine what will happen at Salt Lake City when SLC2 gets underway. Remember, it’s about picking the top five, plus a wild card position–that means P8 this week.1. If you want a consistent and reliable set of riders for your top five, it’s an easy choice. You cannot ignore Eli Tomac, Ken Roczen, Cooper Webb, Justin Barcia, and Jason Anderson. In 11 rounds, Tomac has been outside of the top five once, Roczen twice, Webb twice, plus Barcia and Anderson three times each. Sure, Barcia didn’t make it happen at SLC1, but he’s still a far more reliable choice than another outside of these five riders.The author is in the top six percent of RMFantasySX players.Photography by Rich Shepherd 2020 Monster Energy AMA Supercross Championship Series Standings (after 11 of 17 rounds)