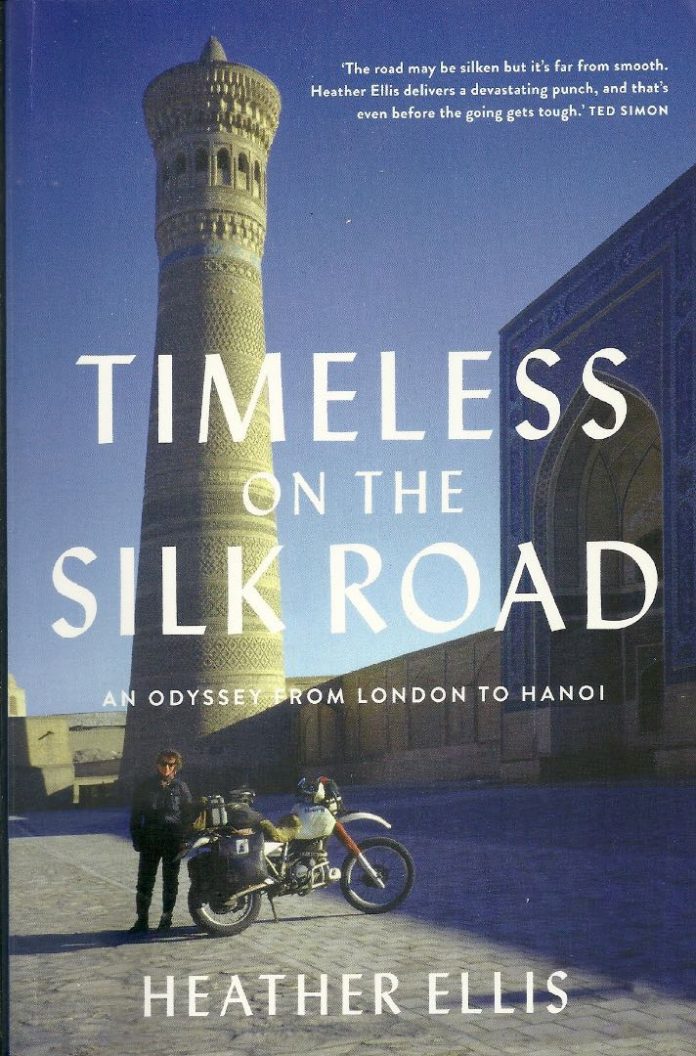 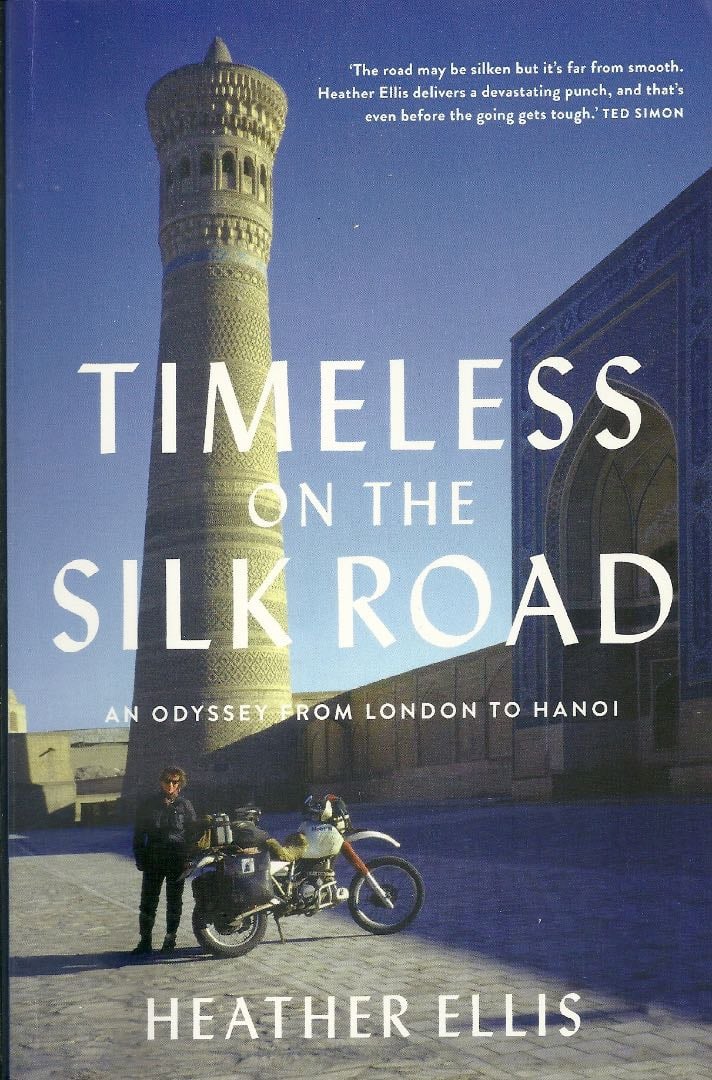 The first half of Ellis’s journey was an incredible transcontinental solo motorcycle trip from South Africa to Mauritania on her Yamaha TT600; a distance of more than 42,000 km through 19 countries in 15 months. That part of the story is told in her first book, Ubuntu—One Woman’s Motorcycle Odyssey Across Africa, which we recently reviewed.That portion of the trip culminated in London, where Ellis planned to build up her savings for the final leg of her odyssey by working as a motorcycle courier—a return trip to her homeland of Australia on her Yamaha via western Europe, Russia and Asia, retracing the ancient Silk Road trade routes.Things seemed to be on track until she had a physical exam in London that resulted a devastating diagnosis: Ellis found out she had human immunodeficiency virus (HIV). News of recently discovered effective treatments for the condition had not yet reached anyone involved in her care. At the time, as far as anyone knew, Ellis would have only about five years before death by AIDS would overtake her.Most people would probably have played it safe and not tempted fate by stressing their body with the rigors of trying to ride a motorcycle thousands of miles over the Silk Road. What she did next was nothing short of a miracle of guts, determination and faith: “I packed my motorcycle for my one last adventure—my one last search for meaning.”A young woman traveling alone on a motorcycle across vast distances through lands where she would be a stranger who generally could not speak the language would seem to be vulnerable to endless threats and problems. From mechanical failures, bad roads, bad weather, bad bureaucrats, complications of her illness and getting lost to falling victim to theft or violence the list of discouraging possibilities was daunting. Indeed, some of those threats emerged on the road, but as a result of her experiences in Africa, she handled them all—sometimes on her own, at other times with help from people she didn’t even know. 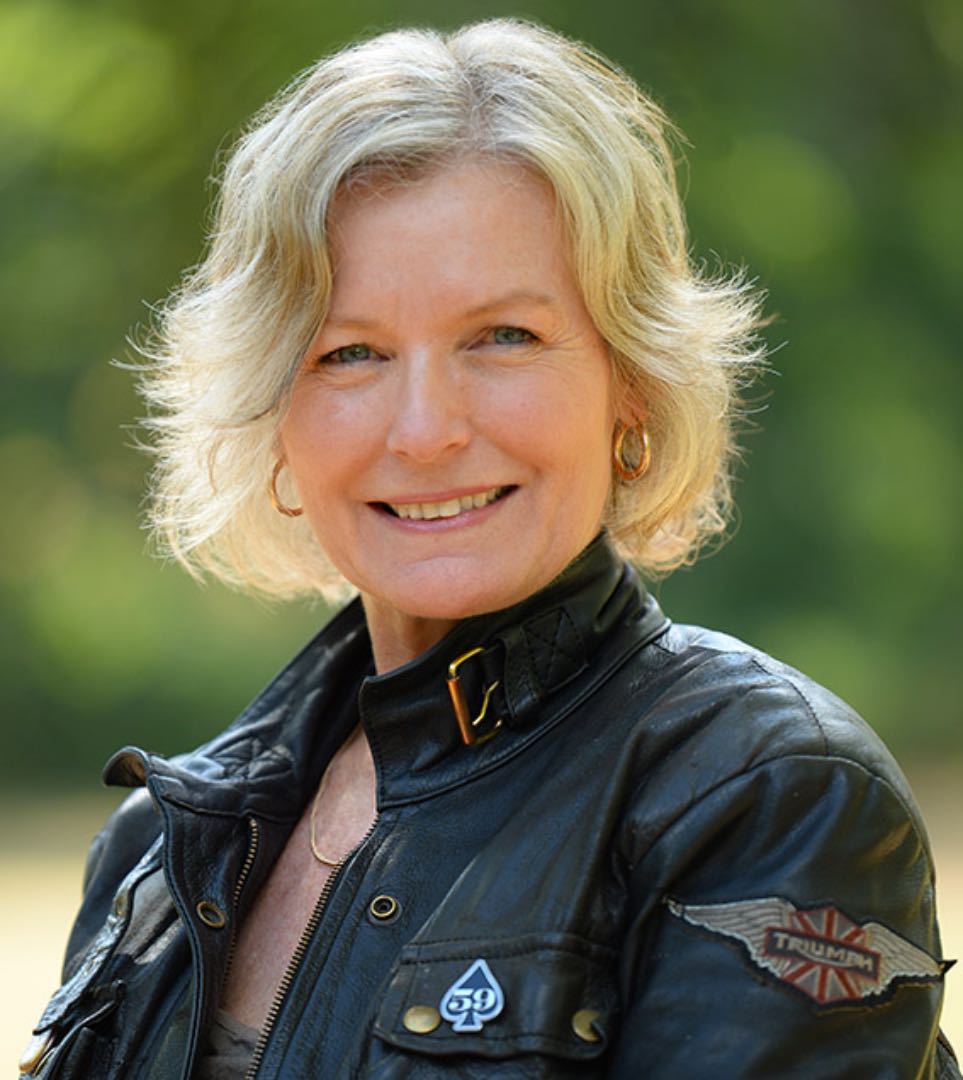 Ellis is remarkably relatable as a motorcyclist and she describes the flow of the trip and things that happen with such clarity, it is possible to visualize it; to join her on the bike vicariously.Her accuracy and attention to detail, combined with her sense of humor and perceptive abilities makes for a narrative that keeps you reading and wondering what will happen next. From her poignant tribute to the sacrifice of the ANZACS at Gallipoli to her introspection on her life with wit and humor, Ellis covers the range of emotion she had from high to low and writes it so well, you’ll experience it, as well.But the trip narrative is only part of the story. Ellis is confronting even larger questions than fuel mileage between desert fuel stops, clutch plate wear, drive chain and engine lubrication and not getting lost in rugged country. She is confronting the brevity of life and what it means to her as well as what her life will mean to others.“Timeless on the Silk Road: An Odyssey from London to Hanoi” is a spectacular achievement in writing as well as motorcycling. It is a stunning story well-told and one you won’t want to miss.Book DataTimeless on the Silk Road is also available online at: