Honda keeps putting out interesting scooters, with the latest being the 2020 Honda Genio for the Indonesia market. Aimed squarely at the youth market, it features a new-generation 110cc motor and all new-frame. 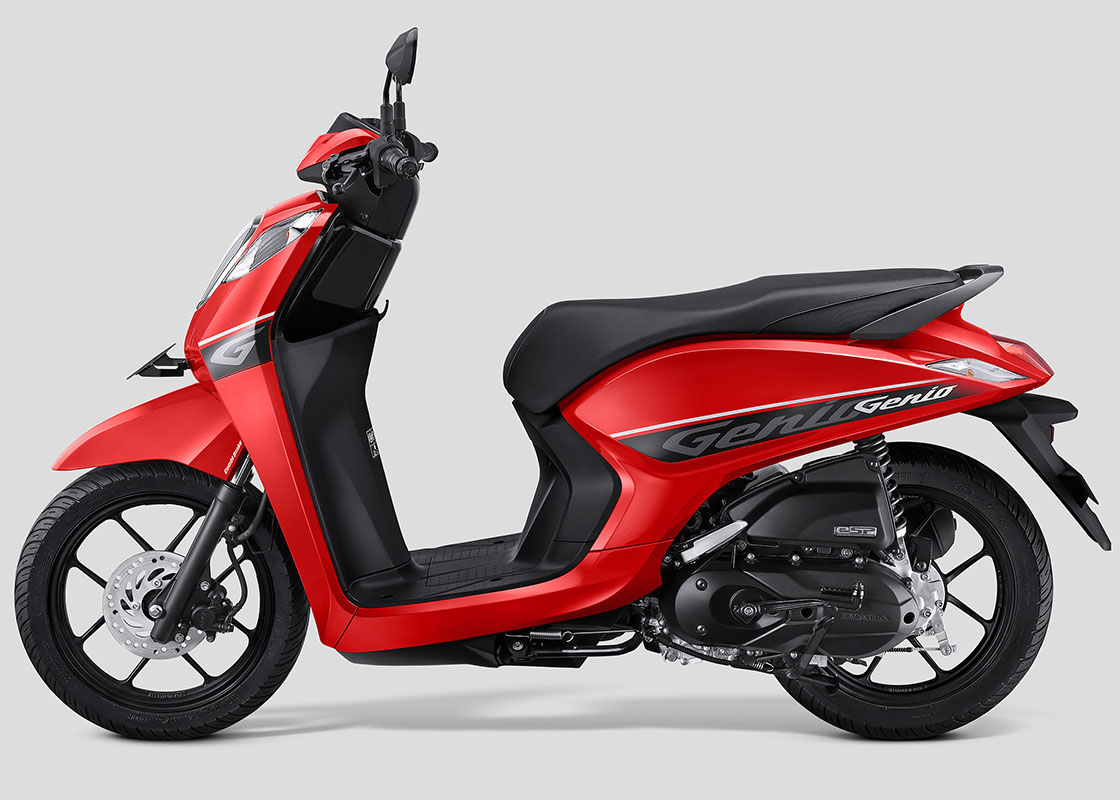 According to President Director AHM Toshiyuki Inuma, “There are three concepts which make Honda Genio different—its casual and fashionable design fit with the young generation’s trend; the compact body suits both male and female users in crowded road conditions; performance and complete features that its users expect. All of which is wrapped in an affordable price.”

To make the 2020 Honda Genio more appealing to new riders, the scooter gets a new frame that uses press and laser-welding technology to create a stable chassis—Honda called it eSAF (enhanced Smart Architecture Frame).

The resulting seat height is an approachable 29 inches, and there’s a large floorboard to reassure the rider, along with a combined braking system (CBS). Cargo capacity is 14 liters.

Honda uses a familiar 110cc SOHC fuel-injected eSP (enhanced Smart Power) motor. The engine hits its peak of nine horsepower at 7500 rpm, while maximum torque of seven ft/lbs at 5500 rpm. The Genio is claimed to run a 1/8-mile in 12.4 seconds from a standing start, and the top speed is nearly 60 mph. Sold in Indonesia, the Genio meets Euro 3 standards.

Fuel efficiency is essential to scooter owners, and the 2020 Honda Genio CBS-ISS version uses an Idling Stop System (ISS) that shuts the engine down when the Genio is not moving. Twisting the throttle restarts the motor automatically. The result is a staggering 139 mpg, giving the Honda Genio CBS-ISS a range of 154 miles. That means quite a long time between refueling stops for the 1.1-gallon fuel tank in urban areas. 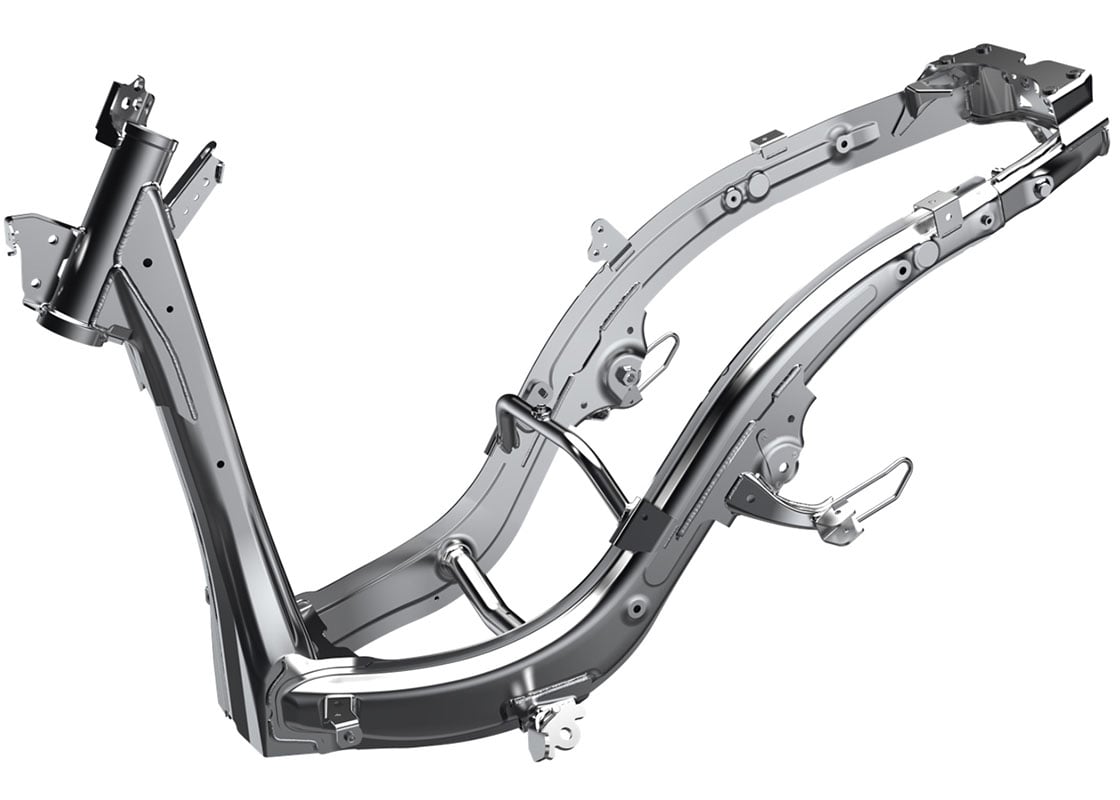 The Genio also features an LED headlight, digital dash, and a charging outlet in the luggage box. To reduce the chance of theft, the Genio has a secure key that has a switch for unlocking the seat for access to cargo.

Previous articleTwo Bruce Brown Motorcycles To Be Auctioned: Triumph and Husqvarna
Next articleMade in Japan: Up Close From Inside the Arai Helmet Factory