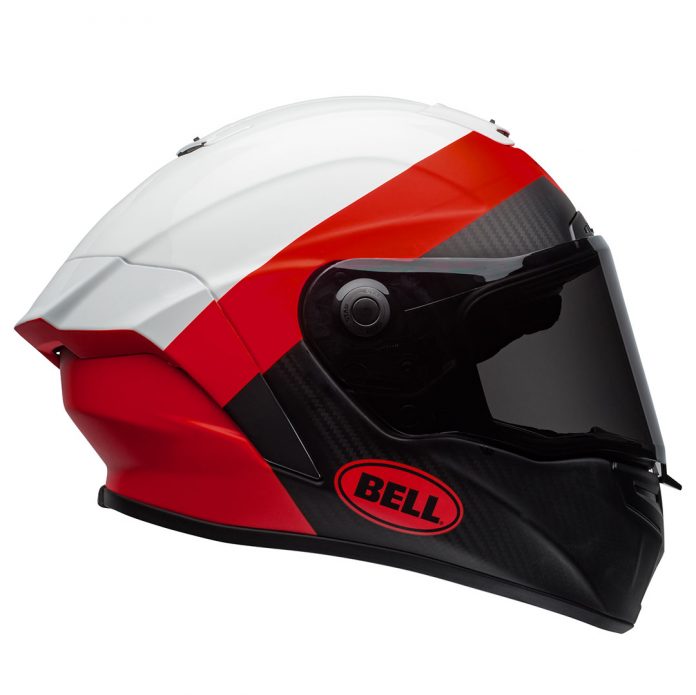 I had the chance to discover the Bell Race Star Flex DLX during the recent 2019 Ducati Diavel 1260 S launch in Spain. The helmet that arrived from Bell’s headquarters in Santa Cruz, Calif., looked every bit as classic as the Bell helmets we remember as the preferred lids for racing champions.Established in 1923 as an auto parts company in Bell, California, Bell has been making motor racing helmets for more than 60 years. Roy Richter, the founder, had been an auto racer in the 1930s, and he decided that helmets, which were little more than fabric or leather, needed to be safer. Richter’s Bell 500-TX, one of his first innovations, was honored with the Excellence of Design Award from the Museum of Modern Art (MoMA), and a number of Bell helmets are on exhibit at MoMA’s New York City museum. 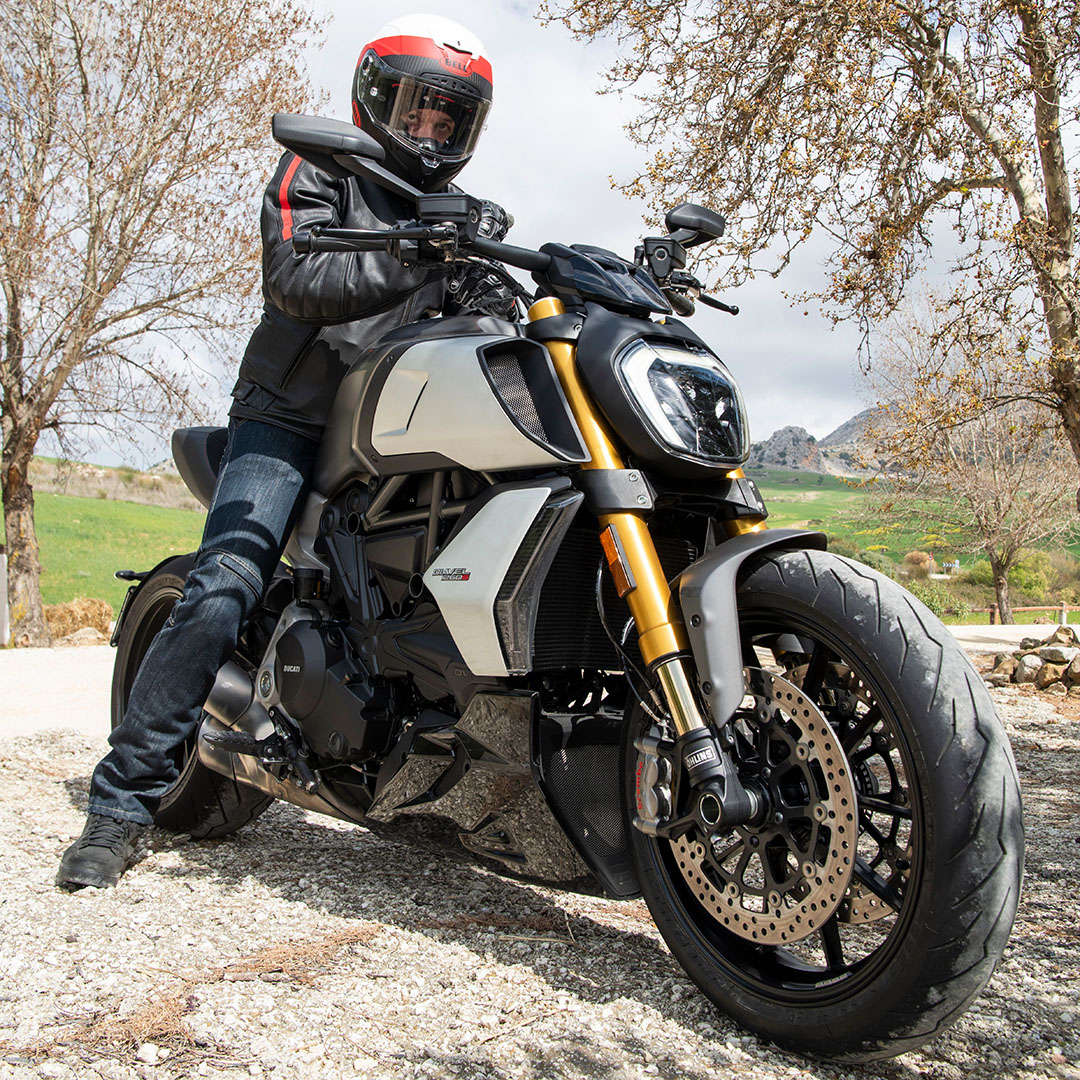 The Bell Star, introduced in 1968, was the first full-face motorcycle helmet in the market. Bell helmets have been worn by automobile and motorcycle legends such as Michael Schumacher, Jacky Ickx, Evel Knievel, and Kenny Roberts.Technology and increasingly informed consumers compel manufacturers to evolve, and being a legend isn’t enough. After the Bell-Riddell merger in the 1980s, the Bell name was licensed in 1991 to another motorcycle helmet maker. Following the reacquisition of the brand by the parent company, and the formation of Bell Powersports in 2002, Bell has returned to the front of the grid. 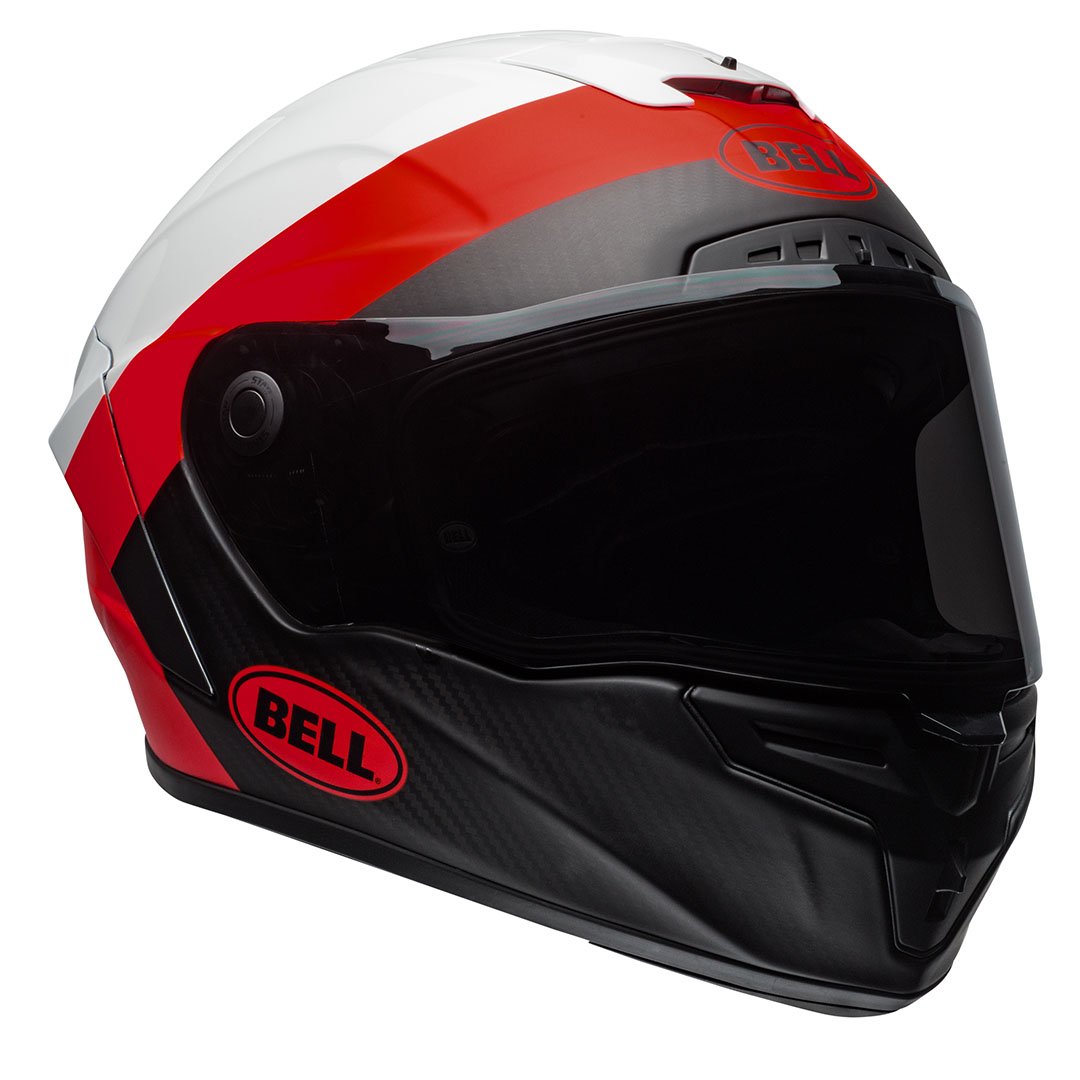 Chris Sackett, Vice President, Bell Helmets, provided the company’s official position on where Bell is headed:Ultimate Motorcycling: Who is the target customer for the Bell Race Star Flex DLX?Chris Sackett: The Race Star Flex is targeted at racers, track day participants, and commuters alike. It boasts all of the features of a race helmet while also including speaker pockets and a comfortable fit. The Panovision viewport allows for increased view for commuters and racers. It is light and aerodynamic.UM: How has Bell re-established itself as a premier motorcycle helmet maker, and what are some of the things Bell is doing to achieve continuous improvement?CS: We are constantly progressing and pushing the protection envelope. With racers going faster and faster, and more and more people entering the motorcycle space, it is our job to provide the most protective equipment for all who choose Bell Helmets.My take on the Bell Race Star Flex DLX is that it looks the part, fits my head perfectly and true-to-size, and feels lighter than air. The carbon-fiber outer-shell and overall finish impressed right out of the box. The color scheme of Surge Matte/Gloss White/Red is timeless and tasteful.Bell has also made sure the interior of the Race Star is crafted with materials that meet the needs of enthusiasts and racers alike. Inside, Bell’s proprietary Flex liner provides impact absorption (and Snell M2015 certification), while the cheek pads are held in place with magnets, making removal for cleaning and reinstallation easy. A magnet also conveniently keeps the loose end of the chinstrap in check. Plus, the nifty padded helmet bag with retro graphics serves as a carry on with ample pocket space, protecting the Bell Race Star Flex DLX from the pre-ride bumps of transatlantic travel. 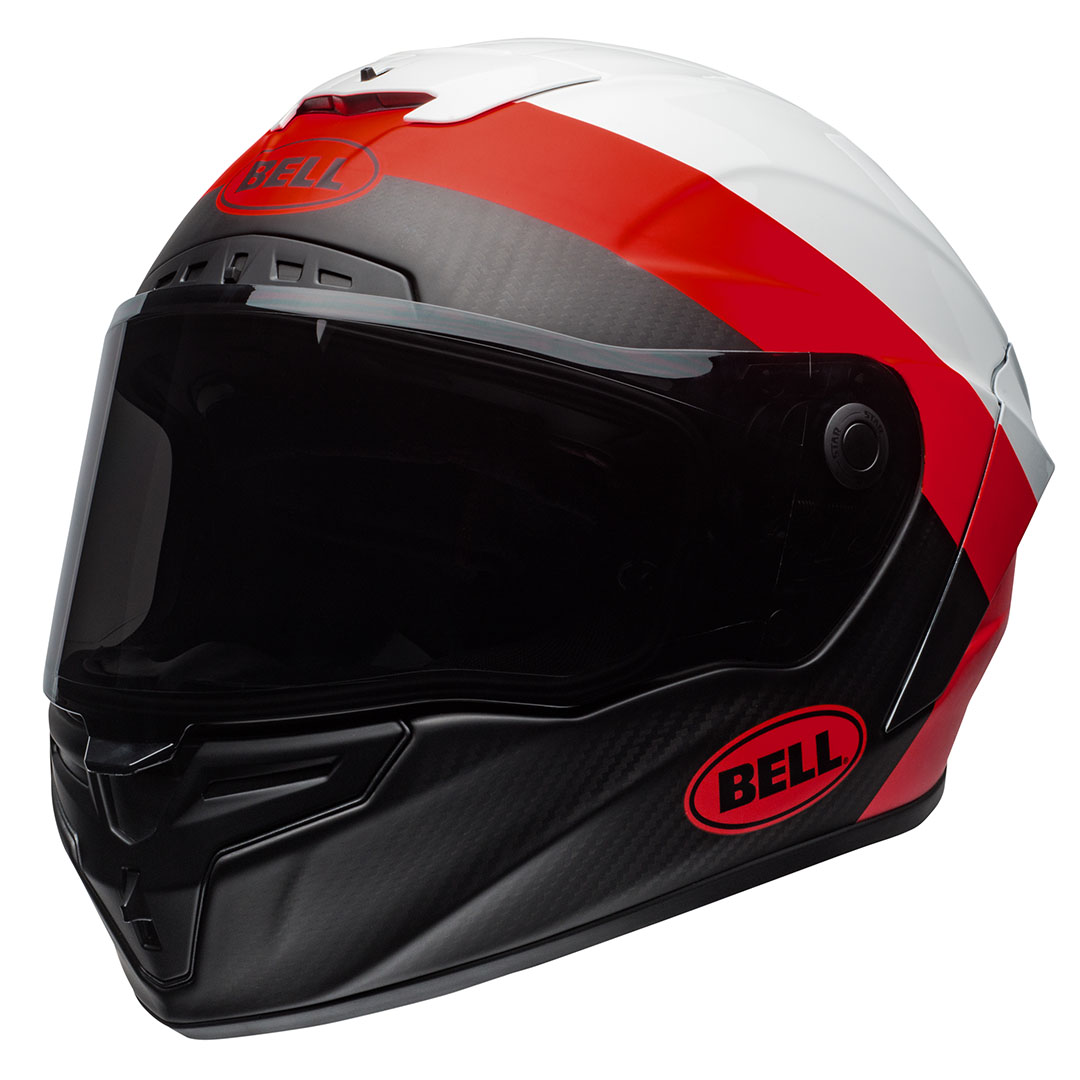 During my ride up into the mountain roads of the Sierra Nieves from Marbella on Spain’s Costa Del Sol along the Mediterranean Sea, the Bell Race Star Flex DLX checked all the boxes. Field of vision was, as advertised, panoramic, and the faceshield is distortion-free. Ventilation was excellent, and the helmet felt securely snug. Even after several hours in a variety of weather conditions, this Star was correctly unobtrusive.This sleek lid earns full marks in my book. It is completely compatible style-wise with the Ducati Diavel I tested, and I would wear it anytime. The Bell Race Star Flex DLX now occupies a prime spot in my helmet wardrobe.Bell Race Star Flex DLX Helmet Fast Facts