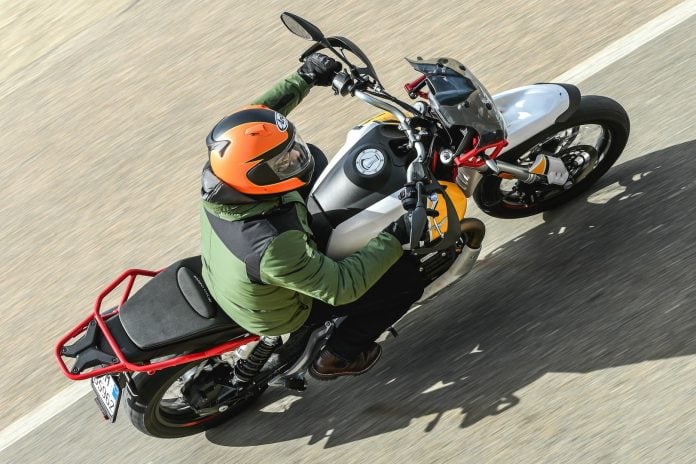 If you know Arai, you know that it’s a brand not known for deviation when it comes what lays before the naked eye, and there’s a good reason for it. Steeped in tradition, the Japanese motorcycle helmet manufacturer has been going strong since 1926. Most recently, Arai has honed the R75 helmet shape—inspired by one of the mightiest of foods, the humble egg.Outside of being robust nutritionally and a staple across many cultures, the smooth contours of an eggshell influenced the design ethos of Arai, claiming to offer excellent protection through their superior deflection abilities. That dedication makes their designs consistent aesthetically, though the all-new Arai Defiant-X bucks the trend without forgetting its heritage. 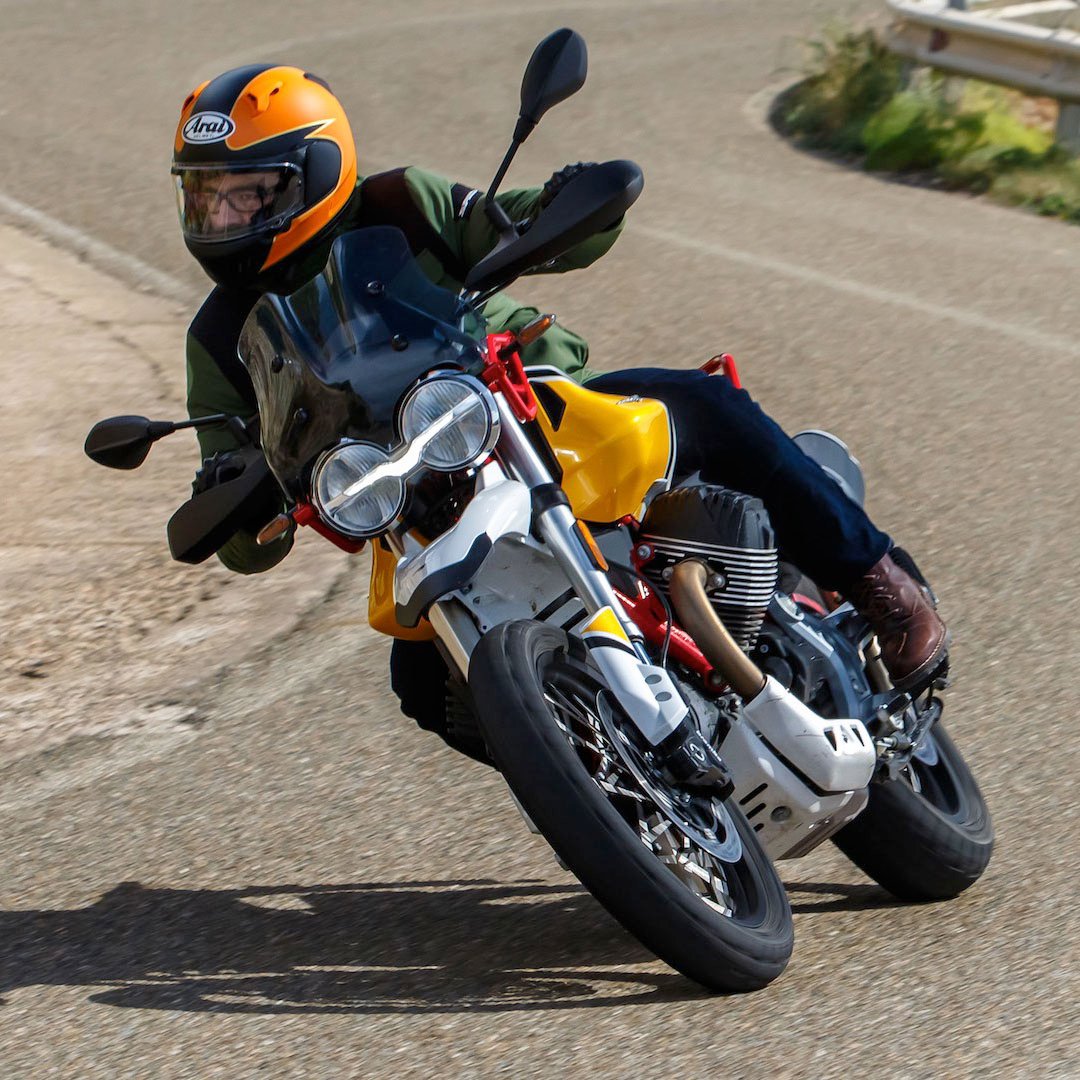 The Arai Defiant-X is the follow up to the popular Defiant, with considerable changes that make it its own beast entirely. Following in the footsteps of its predecessor, Arai hopes to equip cruiser, retro, and naked bike riders with its new urban-friendly offering. With the Defiant-X’s charmingly aggressive good looks, I’d wager that Arai a good chance in doing it. In practice, this lid is at home on any pavement that stops short of the track.What sets the Defiant-X apart from any other full-face helmet in the Arai lineup is its more assertive styling, as one can quickly detect on the chinbar. It is sleek, stylish and has a bit of a devilish mean streak that marries what we know about Arai with a hard-edged retro twinge, best paired with any of the vintage-themed graphics offered.Beginning with the handmade outer shell, Arai has once again employed its proprietary fiberglass materials and construction methods to create the exterior of the Defiant-X. The shell construction is also used on the entry-level full-face Arai DT-X. However, the Defiant-X does receive a bit of technology from the upper echelon of Arai lids in the form of the Super Fiber Belt that gives the area above the eyeport even greater structural integrity and, thus, crash protection.Thanks to the R75 shape, the Arai Defiant-X does its best to avoid protruding bits and pieces that may get caught on something while skittering along the tarmac—this helps protect your neck, as well as your head. 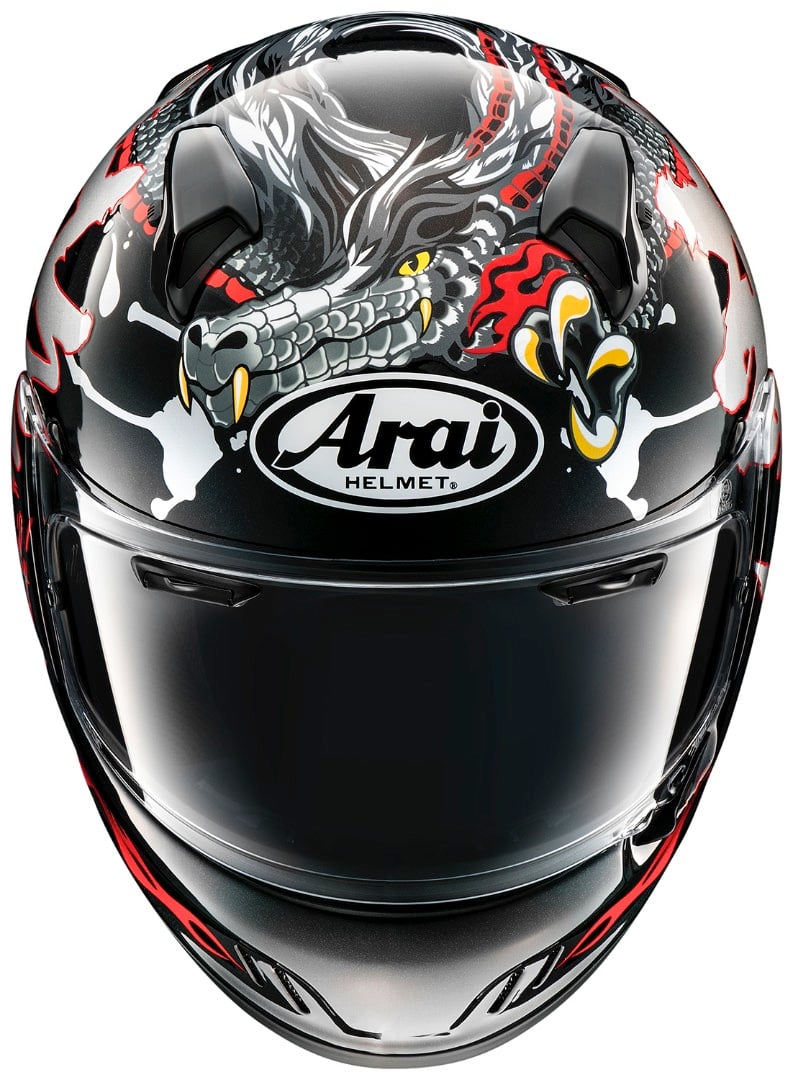 While the shell is the first layer of defense if things go south, the one-piece multi-density EPS liner will be doing most of the heavy lifting when it comes to mitigating energy. Arai has developed its liner to be firmer in high-risk areas, while softer in less critical sections of the helmet that are less likely to strike any surfaces during an incident.A key feature found on all the Japanese manufacturer’s lids is the exclusion of channeling in the EPS liners in the name of venting. It’s a design choice that is driven by Arai’s dedication to safety, as they believe that further incursions into the EPS liner ultimately reduces the efficacy of helmet. Instead, venting and cooling are handled in other nifty ways.When it comes to ventilation, the Defiant-X is up there with the best of them. The Arai Defiant-X’s ventilation system takes a cue from the highly breathable Arai Corsair-X racing helmet, though it doesn’t quite reach those lofty heights.On the chinbar, we’ll find four mesh-covered vents that can be adjusted with sliders on the interior, preserving the clean exterior look of the Defiant-X. Although their actuation is perfectly fine, finding them with a gloved hand, especially with the removable chin-curtain, can be difficult. 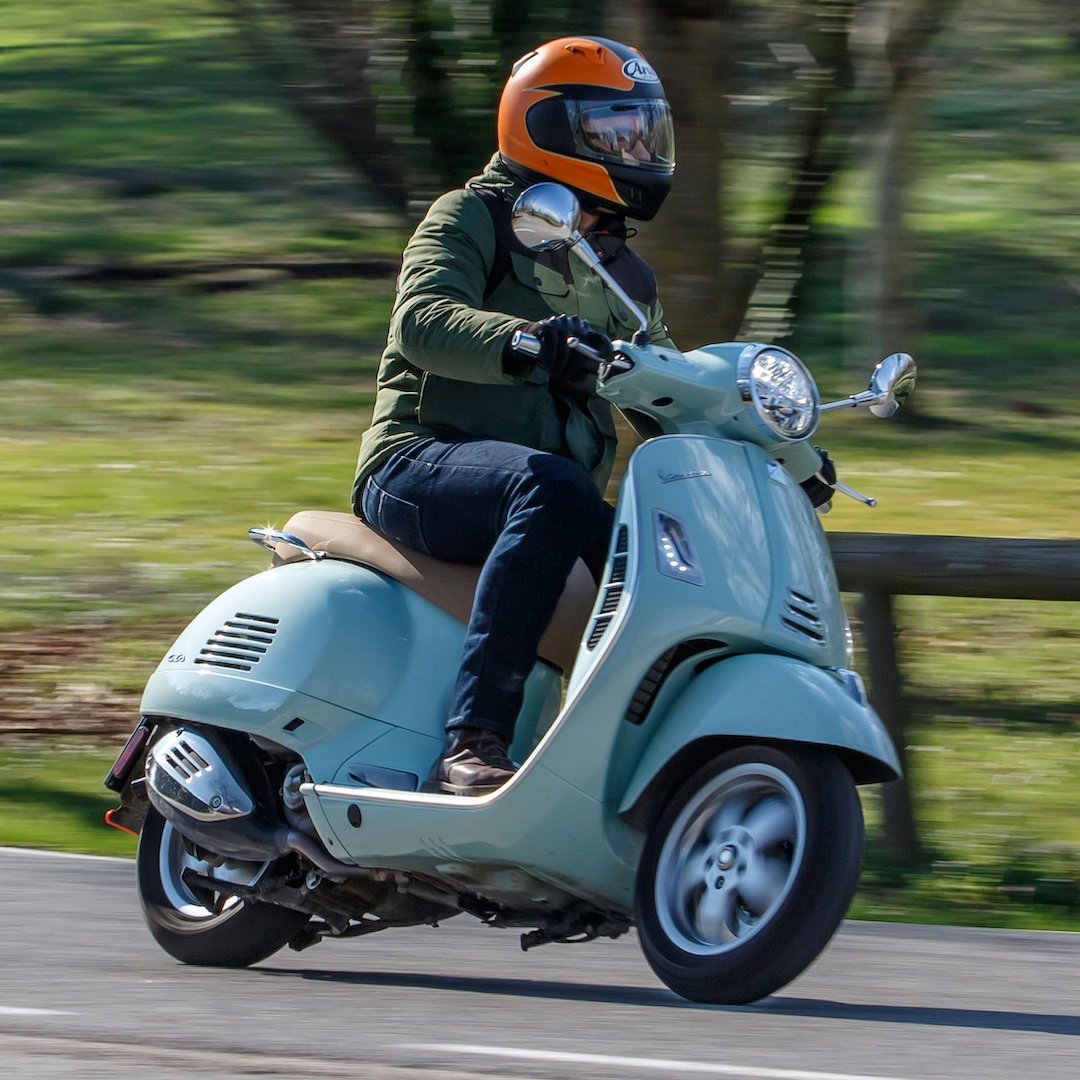 Moving up, we’ll find the ever-so-Arai eyebrow vents on the faceshield that mate with air ducts to bring in fresh air upon your sweat beading brow. On the upper forehead region, we have two adjustable intake vents that can be easily manipulated with a gloved hand.Directly supplementing those two intake vents is an adjustable exhaust vent that is simple enough to flick open when in the saddle that has two always-open exhaust vent on either side. Happily, they are covered by sleek aerodynamic features and won’t allow water in should you be cruising in the rain.Popping any of the adjustable vents open will result in an immediate change in temperature, but the Defiant-X has a few more tricks up its sleeve yet. Keen eyes will notice two small exhaust ports towards the middle and rear of the helmet. Interestingly, those line up with channeling built into the removable cheek pads that help draw warm air away from the face and not only increase comfort but also claim to reduce fogging.On the road, helmet lift isn’t apparent at freeway speeds and above, making it suitable on motorcycles without fairings to protect you from windblast while stretching the throttle cables. Another helpful feature of the Arai Defiant-X is that it is a quiet helmet. The smooth chinbar undoubted helps lower turbulence and the sound produced by displacing the rushing air.Arai does have some of the plushest helmet accommodations, giving you sweat-wicking, anti-microbial, easily removable liners that are perfect for the long haul, both in terms of quality and comfort. Better yet, they’re customizable and give owners the option to add or remove slivers of foam to provide you with the most optimized fit. For those of the four-eyed persuasion, Arai hasn’t forgotten about us. The cheek pads have channels for your glasses, which fit my large frames comfortably. 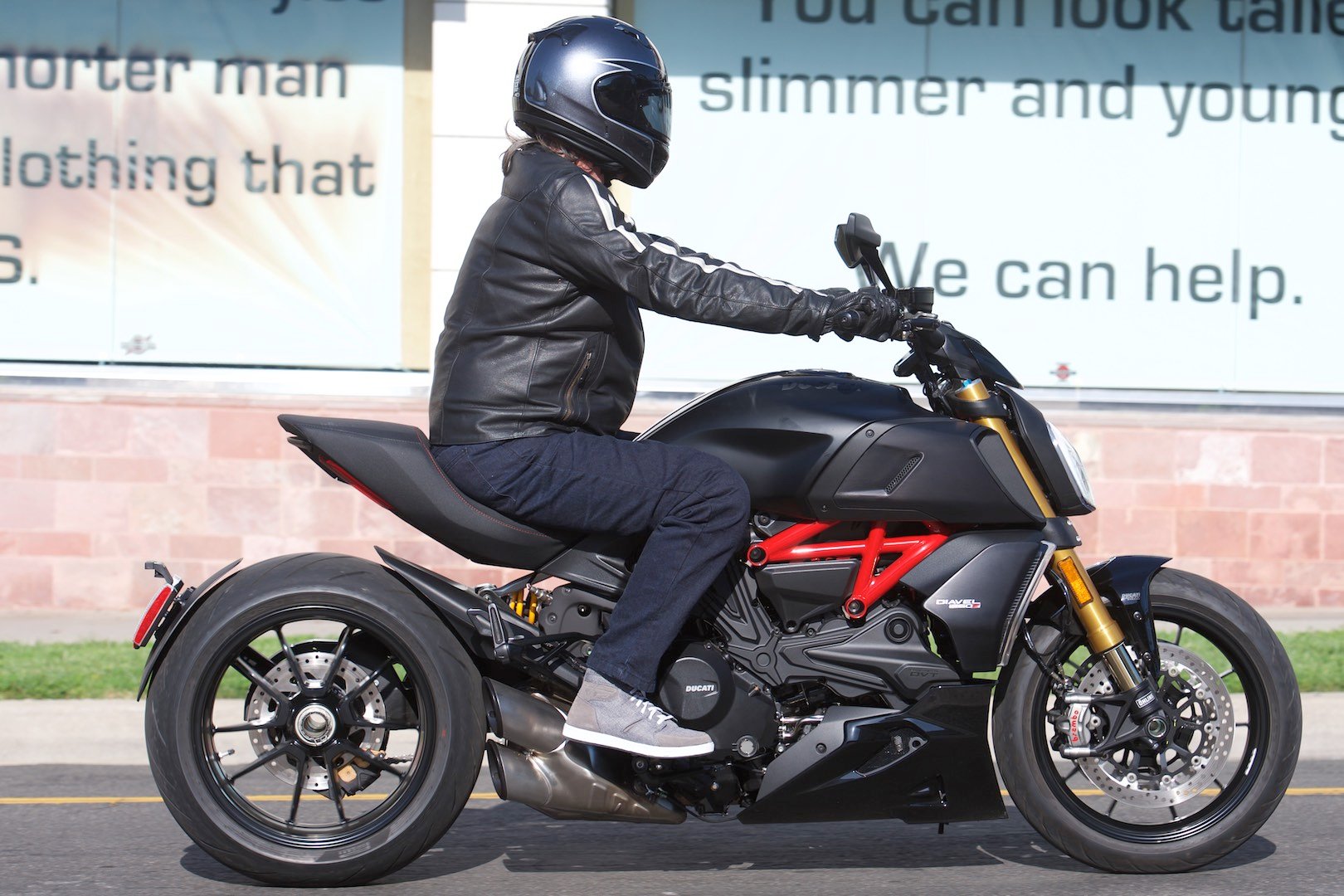 One gripe I do have with the internal padding is the fact that Arai has skimped on an emergency quick release system. A helmet with this sticker price shouldn’t be missing those features, mainly because Arai employs it on nearly all their other full-face offerings.Ever since the Variable Axis Shield (VAS) system was introduced with the race-ready Corsair-X, Arai has been slowly bestowing the updated faceshield system upon all its helmets. That’s excellent news for Arai devotees, as the faceshields used on the Defiant-X are compatible with the DT-X, Signet-X, Quantum-X, and Corsair-X. It also comes with a complimentary PinLock Max insert.The VAS system is straightforward to use—once you’ve learned its secrets—and ejecting the pods is always mildly entertaining when changing faceshields. Instead of wasting precious pixels on an overly complicated explanation of how to change faceshields, we’ll allow you to feast your eyes on this handy-dandy instructional video produced by Arai Americas. Suffice to say, hitting the release levers and ejecting the pods is kind of cool.When latched into fully closed, the faceshield forms a tight seal against meaty beading around the spacious eyeport; it’s doubtful you’ll get air leaks here. When trolling around in traffic, you can flip the faceshield up in its fully-open position and communicate with the local constables in peace or take in the air. Arai has always done a great job of providing ample peripheral vision, and the Defiant-X is no departure from that long-standing trait.What does put me off is the faceshield’s locking mechanism that Arai employs on its helmets. Quickly slamming it shut is simple enough as it does auto-lock while flipping it up is finicky at best. First, you must unlock it then grab the tab and lift the shield. I know there are plenty of Arai owners that get this right in a single fluid motion, but it’s rare that I’m able to do it. 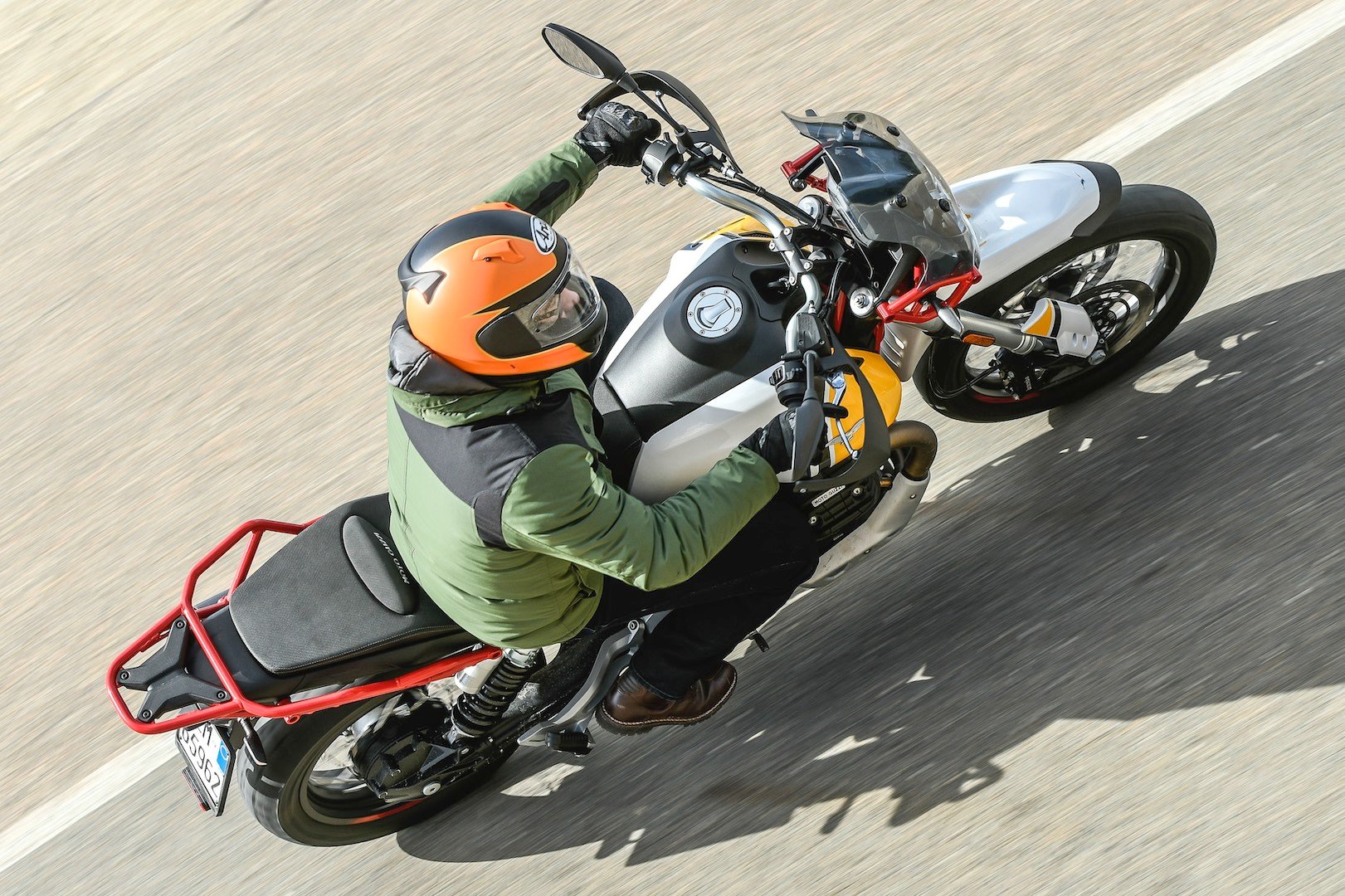 Securing the whole kit and kaboodle is a classic double-d ring clasp that features the same comfy material as the internal liners.With its intermediate oval head-shape, this head-form should work for a lot of riders in the American market. As always, we recommend that you check fitment and sizing with a trained person at an authorized dealer. An ill-fitting helmet is not a safe helmet, regardless of the quality.The Arai Defiant-X weighs in on our scales at 3 pounds, 10.1 ounces for a Medium helmet, making it the heaviest helmet in the Arai X line. Luckily, the weight is distributed quite well and isn’t felt when riding, even after ten-hour days in the saddle.Overall, the Arai Defiant-X represents precisely what many in the motorcycle industry have come to expect—an excellently constructed helmet that is equally as comfortable. While Arai is trying to tap into the cruiser, retro, and naked bike scene, the Defiant-X is ready to tackle virtually any riding on public roads or motorcycle on the market.Arai Defiant-X Fast Facts