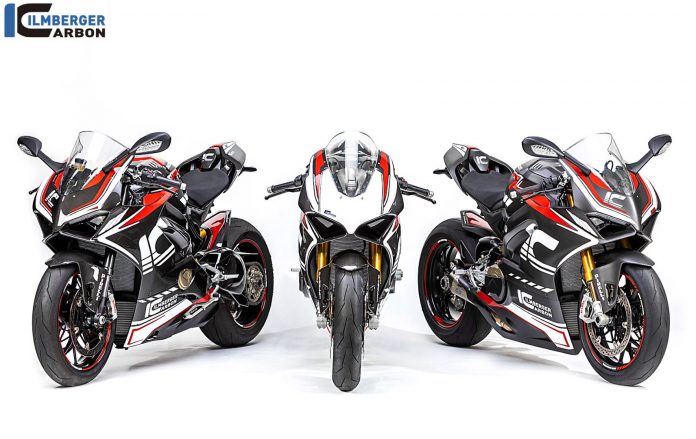 During the Intermot show in Germany this past October, Ilmberger Carbon – a company founded by former racer Julius Ilmberger that builds carbon-fiber pieces for high-performance motorcycles – unveiled a Ducati Panigale V4 build.The build on Ducati’s first production V4 superbike displayed something unique and of top quality.To achieve such high quality, the company uses superior autoclave carbon process with highest standard in prepreg weaving. This process creates the lightest and toughest carbon fiber pieces that are UV resistant. All parts are TUV and ABE approved and are environmentally friendly. 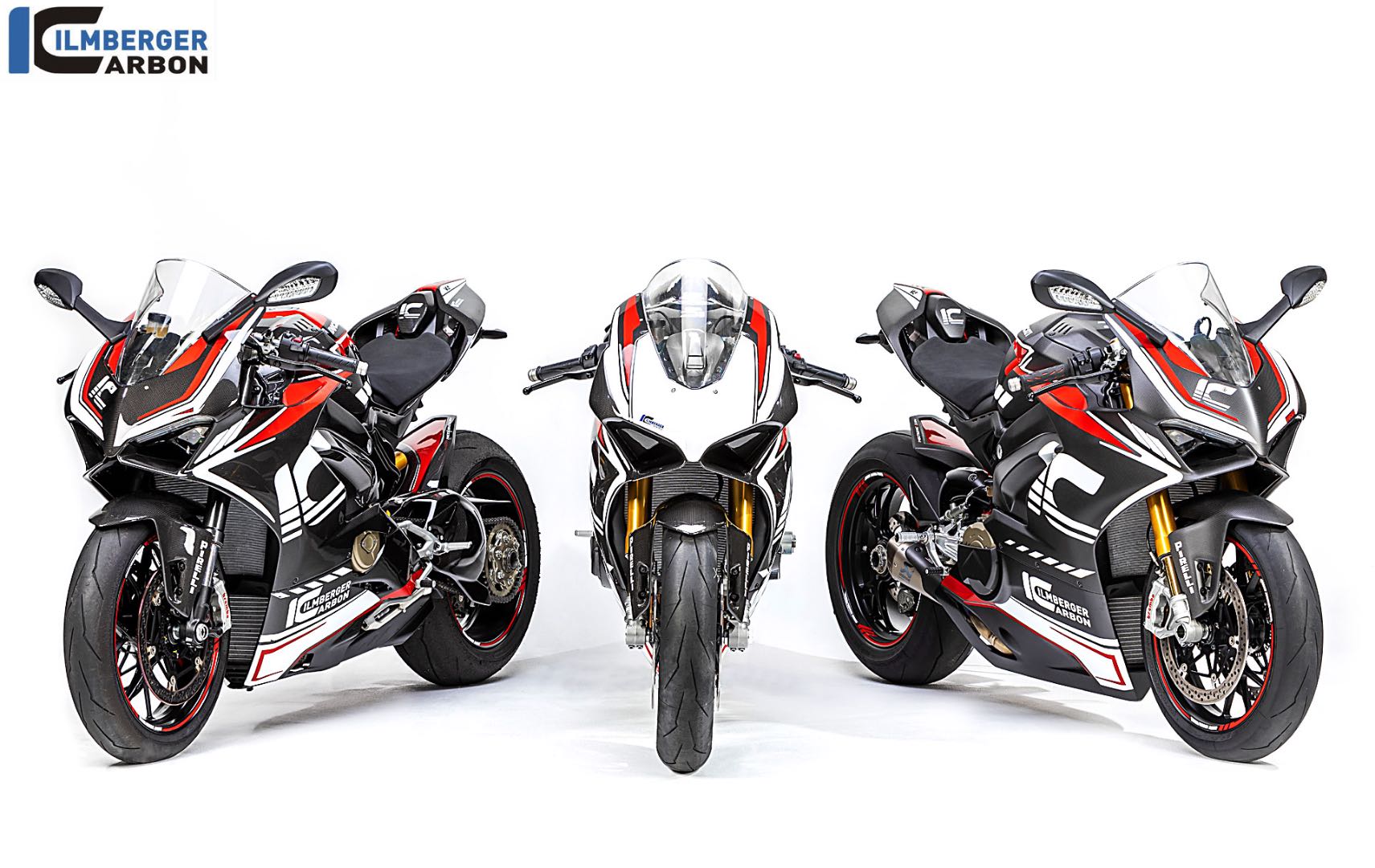 This is the same quality that BMW Motorrad hired the Germany-based company to create for its $78,000 HP4 Race – a bike we tested at Circuit of the Americas.Now Ilmberger Carbon has expanded its Ducati Panigale V4 offering in three flavors: Race, Street Gloss and Street Matte.The Street versions are for, you guessed, street-going bikes. As for the Race, the carbon-fiber parts are ready for track use, and include front and tail pieces that don’t include lights, mirrors or license plate brackets.The final three variations of the Ducati Panigale V4 Carbon are real head-turners. These builds features full carbon fiber shell, plus frame and engine covers. The attention to detail and precision carbon fiber manufacturing at Ilmberger is truly impressive.Ilmberger also provides carbon fiber parts direct to riders and whether they order one part or an entire carbon bike package they are shipped to the US with free Fedex shipping.For additional information, visit Ilmberger’s website: www.Ilmberger-Carbon.com.