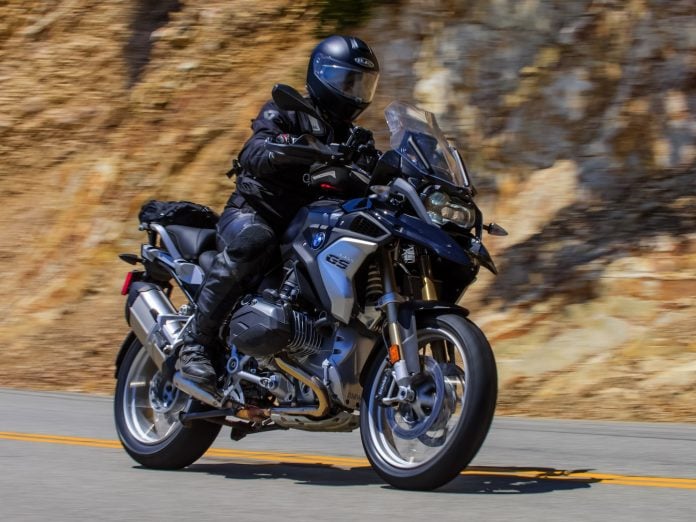 Earlier this year I purchased a 2018 BMW R 1200 GS. This has been a bucket list bike for me since I started riding back in 2009. I know most of you are thinking of a different option as your dream bike, but this was mine.I had the pleasure of riding the BMW R 1200 GS for the first time about five years ago in Italy on my annual trip to moto heaven that is the Alps. Since then, I’ve owned a few bikes along the way, but for some reason I always waited on the GS.
Above: riding the GS I rented in Italy.Well, better late than never is all I can say! This is a do-it-all motorcycle, and by far the best all arounder I’ve ridden. If ever there was a bike that epitomized “the whole being greater than the sum of its parts” this is it.Most of my riding buddies these days have plenty of track/sport bike experience. They can ride pretty darn quick at the appropriate time, and have taken advanced level training. A few either have or currently race at the club level, own and/or instruct at riding schools. 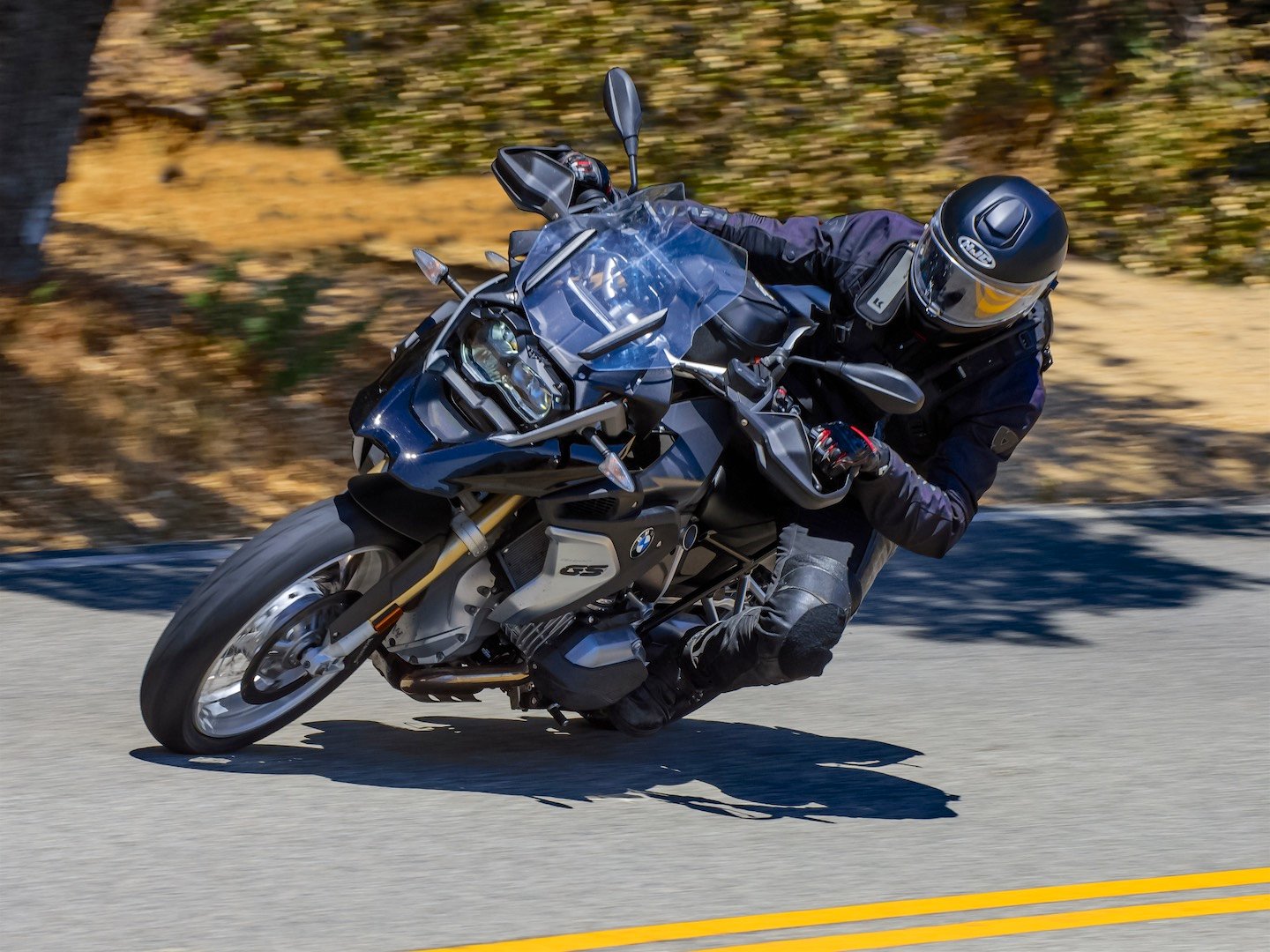 As we have aged, a lot of us have migrated to the upright/naked or adventure segment for street/track riding. The three or four of us in the group that ride the juggernaut GS inevitably gravitate to a similar theme when we stop and chat whilst on a ride—a bike that big, tall, heavy, and with a 19-inch front rim is not supposed handle like that.Then we wink and whisper how comfortable we’ll be on the commute home from the canyons. In my case, I’ll snark how I have no intention of riding it in the dirt—but I can if I need to. More on that later.
(Above: riding the famous “snake” section of Mulholland highway in Malibu, Calif.)I’ve written a few articles for Ultimate Motorcycling on some of the bikes I’ve owned in the past. One recurring theme I find myself coming back to is that as motorcyclists we are living in a golden age for the machinery we get the privilege of throwing a leg over.While I do have some peers who scoff at all the gadgetry, electronics, and high tech bling some motorcycles come with, I love it all. Personally, I’d rather own an iPhone X than a flip phone, send an email instead of a fax, listen to surround sound instead of—well you get the gist. Innovation has no destination, it just keeps rolling. I’ll gladly ride that wave as long as I’m able.The 2018 BMW R 1200 GS has an incredible suite of aids to help you ride safely, quickly, and comfortably. I’ll admit sometimes it feels like cheating, but that moment is fleeting and more than outweighed by the sensation of having all that sophistication and R&D underneath me when I’m trail braking or downshifting into a corner heading downhill on my favorite set of twisties—Latigo Canyon Road in Malibu, Calif. 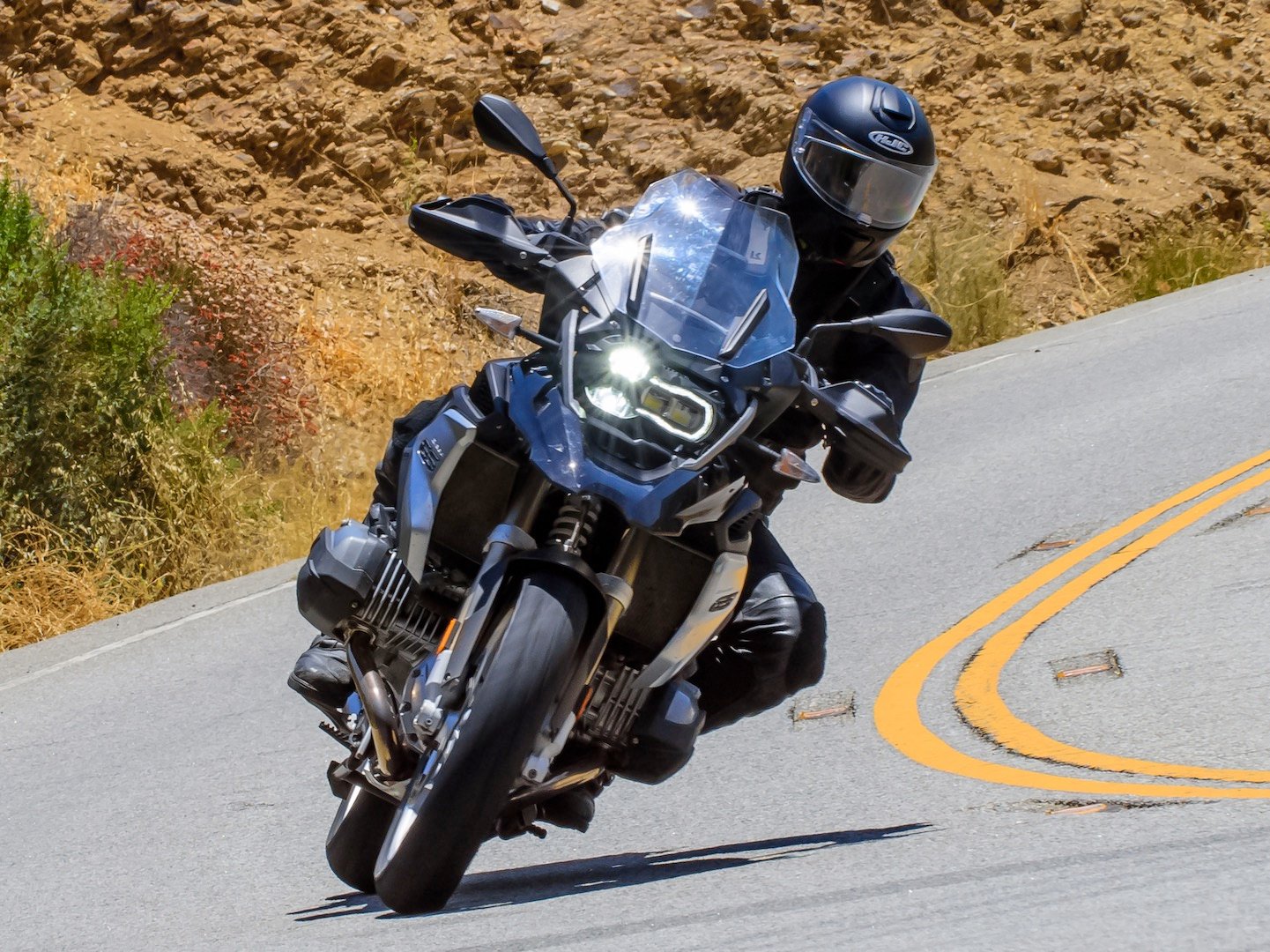 An absolute pleasure to ride, the 2018 BMW R 1200 GS is a marvel of 21st century engineering, and my wife thinks it looks industrial and cool, so there’s that. My 2018 model has an illuminating and intuitive TFT display that looks more like an iPad than a moto display, an auto preload option that adjusts the load on the fly depending on weight, riding modes that take the tools out of the suspension adjustment, a few engine maps, ABS, TC, cornering ABS, and an up and down quickshifter. And it all works flawlessly.Sure, I can blip downshift on a bike without an quickshifter, but having one just makes me laugh in my helmet. If it’s good enough for MotoGP, it’s good enough for me! In all seriousness, that feature just gets me every time. I’d be surprised if most bikes did not have this feature in the future.I’ve had the GS for about six months now. Some riding highlights include a 3000-mile trek through Northern California, a three-hour ride in the dirt, countless local day-rides around Southern California, knocking around town, and a commute to the dentist.
(Above: capturing my nine-day trip through Northern California with a friend on his Ducati Multistrada 1200 Enduro)As a tall human, the only changes I’ve made to the bike are the OEM high comfort seat and bar risers. It’s exponentially more capable out of the crate than I’ll ever be, so I see no need to mess with any of the performance characteristics. Out of the dealership the motorcycle came with Michelin Anakee 3 tires, which were traded out for 90/10 Pirelli Scorpion Trail 2 rubbers—my tire of choice for the foreseeable future.For some of us who have come screaming down a straightaway on a race track in our lives and felt the bike’s weight go forward when we get on the brakes in preparation for a hairpin, the telelever front suspension takes a bit of getting used to. The motorcycle barely pitches forward on hard braking. 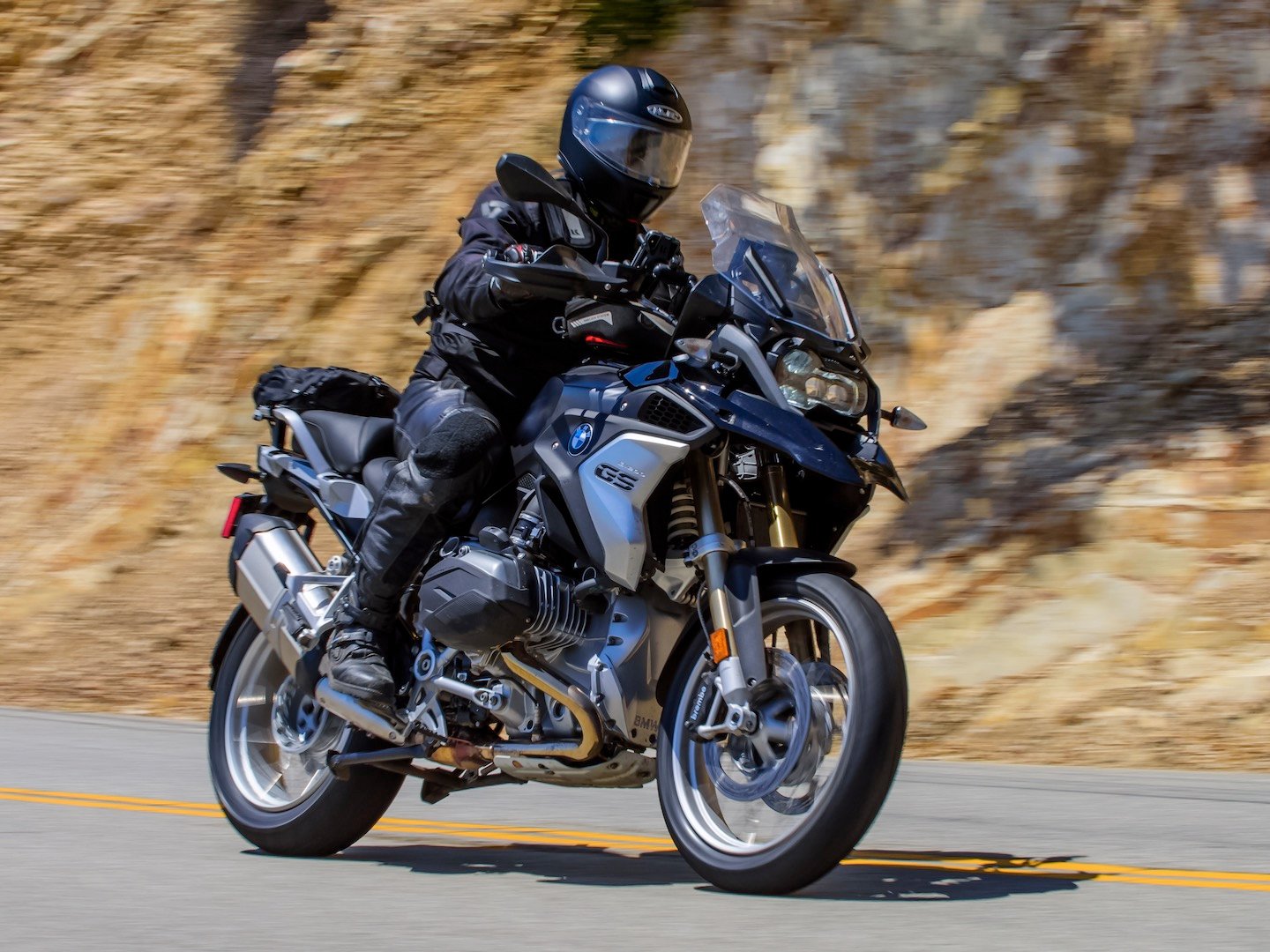 That, too, is an asset on the street as it turns out, allowing for more trail braking into and through corners and keeping the mass centered on the bike so it neither pitches nor wallows. I find an unmistakable and discernible calm at lean when it matters the most—the slowest part of the corner where we all have to change direction and move on to the next turn, and the next, and the next.As for off-road, I’m demonstrably more capable on asphalt than dirt, though I did have a chance to stand up on some trails that proved to be quite challenging over a three-hour unplanned excursion on my NorCal trip. Once again, the BMW R 1200 GS outperformed my abilities, kept me upright, and mitigated more drama than it has any right to on street-biased tires.
(Above: the new R 1200 GS in the dirt.)This is the descendant of the motorcycle that basically invented the ADV category—the 1980 BMW R 80 G/S, and the GS line has become BMW’s top seller by a landslide.My guess is that with every new generation, the BMW’s top executives put their most successful and experienced people on the R 1200 GS, and why not? It’s a stalwart of their collection and probably contributes more to the bottom line and brand than all the other bikes in their stable combined.Maybe I’m imagining things, but the 2018 model feels like decades and decades of trial and error, engineering mastery, and all the smartest people BMW has to offer all taking me for a ride.Sometimes I can actually feel the R 1200 GS processing things in a way designed to give me maximum return on my investment. Every time I start up the engine, see that display light up, hear the boxer twin rumble and climb aboard, I’m smiling. If I’m not headed to the canyons on that day, I’m wishing I were.The 2018 BMW R 1200 GS is everything I hoped for and more.Bucket list bike? Check! 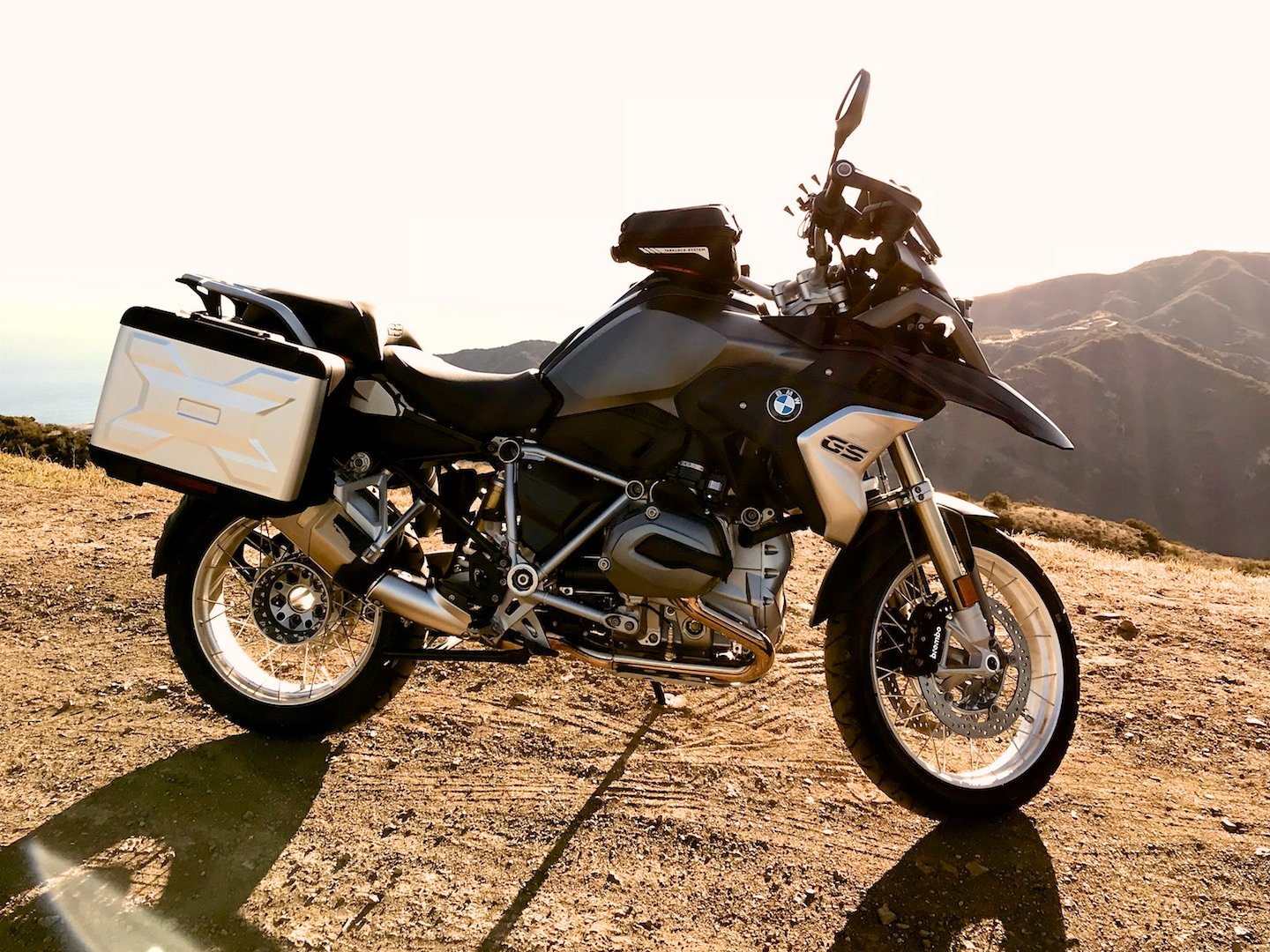