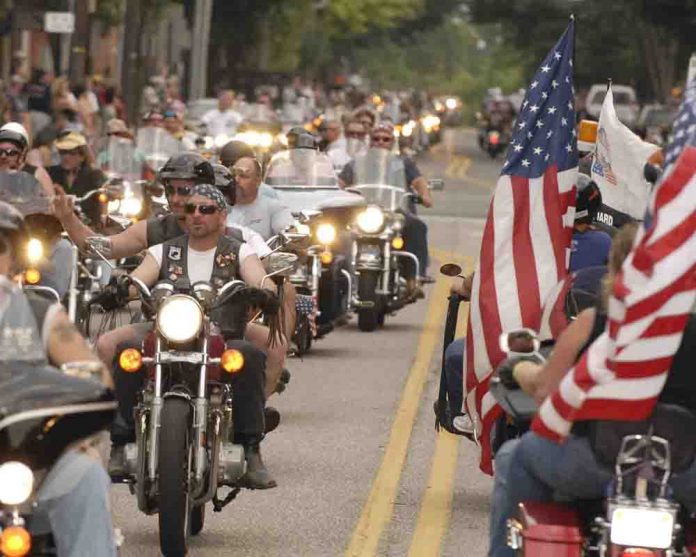 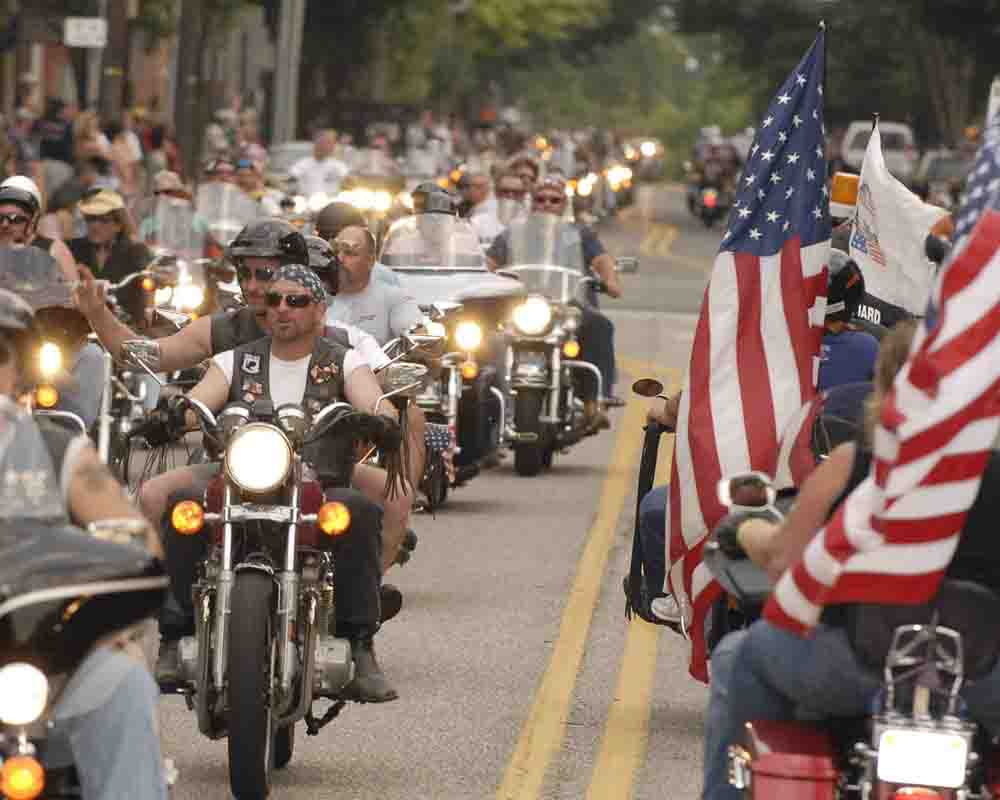 On Thursday night, July 12, country music act Parmalee takes the stage. It took 12 long years of hard work for brothers Matt and Scott Thomas (lead vocals and drums), their cousin Barry Knox (bass) and their best friend Josh McSwain (lead guitar) to achieve breakout success with their platinum-certified, #1 hit single “Carolina” in 2013.From humble beginnings, they now play hundreds of dates each year, on the world’s biggest stages and reside at the top of Billboard’s country chart.Gettysburg Bike Week is proud to welcome Lita Ford to the Budweiser stage on Friday July 13th. Lead guitarist of the seminal all-girl hard-rock band The Runaways, and known for her blistering guitar and powerful vocals, Lita Ford has been playing her solo brand of heavy rock for over 35 years.Saturday night will bring Jackyl to the stage with their outrageously entertaining style of rock and roll. Hailing from the great state of Georgia.  Jackyl will brings its brand of musical mayhem to Gettysburg Bike Week: Is it hard rock? Heavy metal? Southern rock? It’s all three, so get ready to get down!In addition to headliners top-flight regional music acts include the Metallica tribute band Fade to Black; acoustic wizards Redemption Road, Tom Senseney, and Acoustic Juice; Marshall’s Highway; Sound of Silence; and child percussion prodigy Avery the Drummer.And music is just the beginning when it comes to this year’s entertainment.Gettysburg Bike Week is also celebrating its 17th year with the high-flying, death-defying spectacle that is the American Motor Drome Co.’s Wall of Death. A giant silo-shaped cylinder 30 feet in diameter with 15-feet-high wooden-plank walls, the vintage live-action thrill show that is the Wall of Death serves as a cyclone of mayhem wherein motorcycle daredevils drive century-old Indian and Harley-Davidson motorcycles at high speed round and round, parallel to the ground, climbing the walls, performing stunts, inching toward an audience perched right above the action. Crazy never looked so, well, crazy.And just as thrilling (but not quite as dangerous), GBW also has some adult entertainment lined up for patrons this year.For the fellas, the titillating spectacle of the high-end burlesque act The Cherry Bombs are back at GBW for three performances: 9:30 p.m. on Thursday; 3 p.m. Friday; and 10:30 p.m. on Saturday. Is it a coincidence one of the best songs by Lita Ford and Joan Jett’s The Runaways is called “Cherry Bomb”? We’ll just call it serendipity.And for the ladies, GBW is happy to welcome back the best male burlesque show in the country. Composed of national and international touring Chippendales past members, 50 Shades of Men is the premier male revue performing today, delighting women everywhere with “disarmingly sexy, yet very tasteful routines. Designed exclusively for women [they] combine a perfect blend of music, hot dance moves and sensual theatrics,” and, if last year’s reception is anything to go by, the ladies are sure to love it.And of course that’s just the tip of the fun-and-games iceberg, because legendary emcee Jack Schit is back again to perform master of ceremonies duties throughout the week on the Budweiser Stage, Gin Gypsies will be slinging the drinks, and the Second Annual York / Adams Cornhole Tournament featuring cash prizes goes down on Saturday at 1 p.m. Plus, you’ll see heavy competition in the Cycle Source FREE Ride-In Bike Show, Cycle Source Mini-bike races, Bike games and Rodeo; the Parade of Chrome; one of the best swap meets in the motorcycle community.One, two and four-day passes are available here.And, of course, no rally would be complete without great riding, and Gettysburg has some of the best. Whether riders want to see historic battlegrounds or just hit the road for a great cruise, hundreds of miles of the best riding in the East surrounds Gettysburg. In addition to fantastic solo riding, GBW also features awesome group rides and the Pink Journey of Lights and Stars of Hope Charity Rides.Pricing for Gettysburg Bike Week is as follows:New and returning riders can find updates, the schedule of events, lodging information and anything they ever needed to know about Gettysburg Bike Week by visiting http://www.gettysburgbikeweek.com.