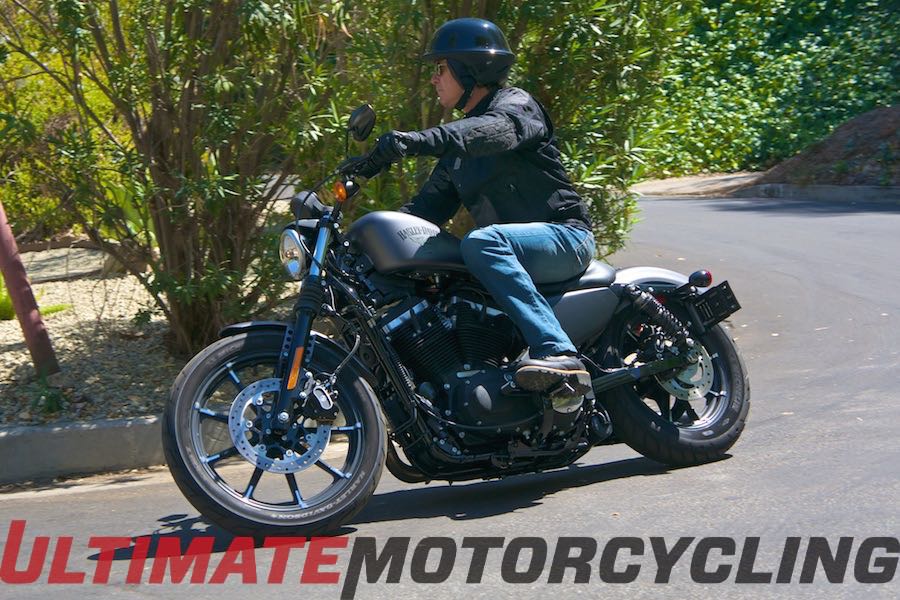 While custom cruisers can top six-figures to get into your garage, there are some incredibly fun and enjoyable cruisers available for less than $10,000. I’ve ridden everything from Confederates to Rebels, and here are my picks for Top 10 Great Cruisers that can be had without breaking the bank, and all available new as 2016 models.

While the original Indian Scout has crept over $10,000, the new Scout Sixty keeps the resurging American brand in this category—and it does so tremendously well. With a 999cc (61 cubic inch) motor that puts out 78 horses, plus a torque peak of 65 ft/lbs at 5800 rpm, the Scout Sixty has plenty of muscle to explore the urban terrain. Using the same chassis as the larger standard Scout, the Scout Sixty is in many ways a more functional motorcycle than its big brother. Handling remains excellent, with sporty cornering clearance, and the fat Kenda tires have the grip you need. The low seat height of 25.3 inches and a wet weight of 561 pounds keeps the Scout Sixty fun and unintimidating.2016 Indian Scout Sixty Price: $8999 (Thunder black); $9299 (Indian Motorcycle Red; Pearl White).

Star sets just the right tone of retro and modern with the highly customizable Star Bolt. It features a traditional air-cooled engine, yet it also has fuel injection and a SOHC design. The nearly square motor has a nice balance of low rpm torque and the ability to rev freely. Styling is not full retro, with petal discs and non-wire wheels, though the round headlight and taillight, solo seat, and bobbed fenders salute tradition. Handling and suspension are also quite good, with the 16-inch rear and 19-inch wheels front offering light, yet still stable, steering. Part of the agility of the Star Bolt can also be attributed to its 540-pound wet weight and low center-of-gravity, aided by a 27-inch seat height. Ergonomics are excellent on the standard Bolt and Bolt R-Spec, yet trend toward form-over-function on the café-inspired Bolt C-Spec.2016 Star Bolt $7990; $8390 (R-Spec); $8690 (C-Spec).

A brand with great respect for its heritage, Harley-Davidson nails the retro cool vibe perfectly with the Iron 883. The undersquare, air-cooled, pushrod 883cc Evolution motor sounds right, and puts out a more than respectable 54 ft/lbs of torque at an accessibly low 3750 rpm. For 2016, Harley-Davidson gave the Iron 883 some important updates, including emulsion shocks that give an impressively good ride considering rear wheel travel is a miserly 1.6 inches. The forks are updated with cartridge damping that work quite well, significant improving the Iron 883’s performance in urban areas with rugged roads. Nicely blacked out, the Iron 883 has front fork gaiters, a chopped rear fender with custom-evoking side-mounted license place, and a new solo seat that speaks to the rider’s sense of individuality. ABS is a $795 option worth considering if you ride in slick conditions.2016 Harley-Davidson Iron 883 Price: $8849 (Olive Gold; Charcoal Denim; Black Denim); $9299 (Hard Candy Gold Flake).

With a bit of a power cruiser attitude, the Triumph Speedmaster is a feet- and hand-forward design with traditional twin shocks and the classic air-cooled Triumph parallel twin motor. Those may look like carburetors feeding the 865cc motor, but they’re actually well camouflaged fuel injectors. Power down low is quite impressive, delivering 53 ft/lbs of torque at just 3300 rpm. For those who like to rev the bike, the Speedmaster is happy to do that, and hands out 61 horses at 6800 rpm. The KYB suspension is quite good, and the Speedmaster has the good handling that you expect from a Triumph, even with a relaxed rake of nearly 34 degrees. The dry weight is just north of 500 pounds, and the low seat height of 27 inches won’t give too many riders trouble.2016 Triumph Speedmaster Price: $8400 (Jet Black); $8650 (Matt Graphite)

Honda has been in the business of selling Shadows since 1983, and the current Honda Shadow Phantom is one of the best of a long line of dependable, if not exactly charismatic, beginner-friendly cruisers. The secret to the Shadow Phantom’s success is fine handling and a sweet motor, along with a blacked-out appearance that adds some seriousness to the 745cc machine. While it is water-cooled and shaft driven, the Phantom does have other classic cruiser styling cues, such as twin shocks, a rear drum brake, and wire spoked wheels. With a seat height below 26 inches and weighing less than 550 pounds, the Phantom is a welcoming machine for new riders, yet its capabilities will impress those with years of seat time.2016 Honda Shadow Phantom Price: $7499

Having been in Suzuki’s line for 30 years (why wasn’t there a 30th Anniversary Edition?), the Boulevard S40 is an authentic classic. Its air-cooled 652cc single-cylinder motor gives the S40 a completely unique look, and the engine’s appearance is reminiscent of classic Matchless SOHC singles of the 1940s through the 1960s. If you like a classic cruiser look, the S40 gives you a rear drum brake, wire-spoked wheels (15” rear and rakish 19” front) with tube tires, twin shocks, a carburetor, and a 2.8-gallon teardrop fuel tank. Handling and suspension is basic, and gets the job done as intended. A big plus for new riders is the curb weight of the S40—under 400 pounds—and the low price, though the seat is a tiny bit high for shorter riders at nearly 28 inches above the tarmac.2016 Suzuki Boulevard S40 Price: $5400

Although the Honda Rebel has been the standard bearer in the 250 cruiser class for years, the V Star 250 brings more authenticity to the table, along with impressive performance. You might not expect a 250cc V-twin to have much performance, or a small cruiser to handle all that well, but the V Star 250 is a shockingly fun bike in the canyons thanks to good handling, decent suspension, and good torque from the long-stroke motor. In town, the narrow bike works extremely well thanks to a feather-like weight of 326 pounds wet, plus a 27-inch seat height. The V Star 250 milks a gallon of gas for 78 miles, and you also get an air-cooled engine, a Mikuni carb, traditional spoked wheels, twin shocks, and chain drive.2016 Star V Star 250 Price: $4340.

Kawasaki has a long history of parallel twin power cruisers, and the Ninja 650-based Vulcan S brings something new to the table—adjustability. With a choice of three seats, three footpeg positions, and two handlebar bends at the point of sale, the Vulcan S can be personalized to the ergonomics of your choice before you roll it off of the showroom floor, and at not extra cost. At 5’ 10”, I like the mid-position seat and pegs, with the reduced reach bars, but Ergo-Fit, as Kawasaki calls it, means you can have it your way. With the Ninja motor and Kawasaki’s dedication to performance, the Vulcan S is great fun to ride both in the city and on back roads.2016 Vulcan S Price: $6999 (ABS, $7399; ABS SE, $7599; Café ABS, $7999).

Honda tends to be either conservative or quite innovative in its motorcycle designs. The Fury definitely is out there, with its high-neck chopper styling. Looking at it, you might expect a rough ride (due to its hardtail facade) and shaky handing (thanks to 32 degrees of rake and a 21-inch front wheel). Well, it’s a Honda and the Fury simply is a great motorcycle to ride. The suspension is longer than you’d expect (about four inches at each end) and up to Honda standards, while the handling is as predictable and confidence inspiring as we’ve come to expect from Honda. In many ways, building a bike that looks this wild but rides so normally, is nothing short of astonishing.2016 Honda Fury Price: $9999. (ABS, $10,999).

It may only have an 805cc motor, but you won’t be able to tell that when looking at the Boulevard M50’s power-cruiser styling. The 45-degree V-twin does have liquid cooling, SOHCs, and fuel injection, so the performance is solid around town. The 130mm front tire sucks up the irregularities on rugged urban roads, and the good-quality suspension takes care of the rest. Claimed curb weight is under 600 pounds and the seat sits at a reasonable 27.6 inches, so the Boulevard M50 is easy to handle at lower speeds. Flexy narrow-diameter handlebars make it less friendly in the canyons, but for zipping around town with authority, the Boulevard M50 does quite well for a good price.2016 Suzuki Boulevard M50 Price: $8599.