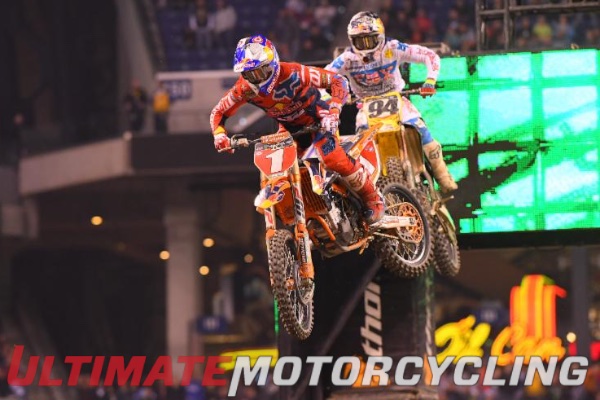 This is the schedule for the 2016 Monster Energy AMA Supercross series live television broadcasts. Remember, everything is subject to change. If recording, always let it run an extra hour, just in case. We all know how unpredictable Supercross can be. Don’t miss a single race!This year Red Bull KTM’s Ryan Dungey will fight to keep his title in the 450SX class. He dominated last season, earning his second 450SX title and the first for KTM in the premier class. KTM’s Marvin Musquin was crowned 2015 Eastern Regional 250SX Champion, and Yamaha’s Cooper Webb 2015 Western Regional 250SX Champion. 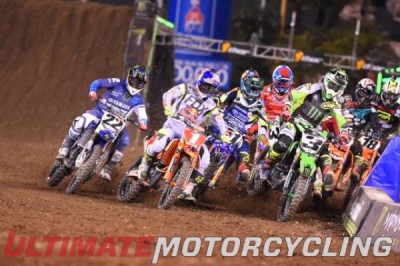