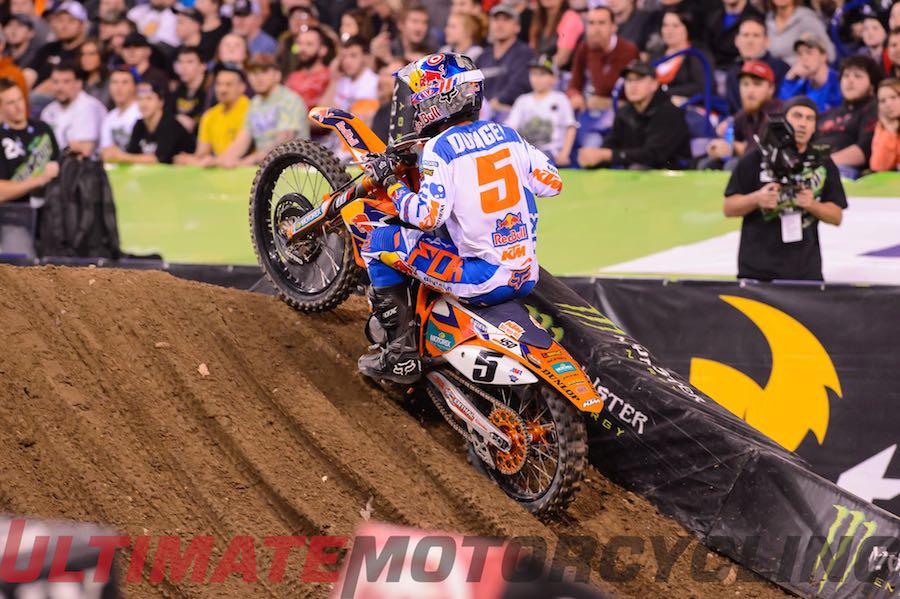 KTM and Ryan Dungey will forever be united in Supercross history. The 25-year-old Minnesota native gave KTM its first-ever 450 SX title this season, Dungey clinching the title in Houston with three rounds remaining.It’s no surprise that KTM was already proud of Dungey’s performance and work ethic as the team developed the SX-F450. This is also evident considering the Austrian-based manufacturer extended Dungey’s contract as a Red Bull KTM Factory rider for another two years. And this extension arrived before Dungey clinched the title.Dungey, who joined KTM in 2012 following his first AMA Supercross title in 2010 (Suzuki), is now contracted to ride with KTM through 2017. Dungey gave KTM its first 450 Supercross win (Phoenix, 2012), its first 450 Motocross title (2012) and now its first 450 Supercross title. 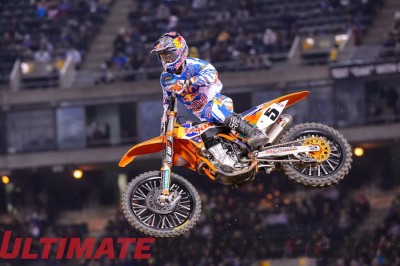 “I’m extremely happy that Ryan has chosen to commit another two years to the Red Bull KTM team,” explains Red Bull KTM Team Manager Roger De Coster who followed Dungey to KTM from Suzuki.“I have worked with Ryan for many years and can honestly say he’s is in the best shape of his career right now. The level of commitment he has shown to his training program in Florida, our race team and toward the development of the KTM 450 SX-F race bike has made him a better racer showcasing his full potential.“I trust he will continue performing at this level for several more years and the team and I will continue to strive to give Ryan the best possible equipment and the support he deserves.”Dungey also commented on the extension: “I have never had a manufacturer work so closely with the racing team to make sure we have the best bike each year. The proof of how great the bike has become is written in the race results. I couldn’t ask for a better team and manufacturer to work for.”Dungey will race in both the 450 Supercross and Motocross seasons through 2017 aboard the SX-F 450.Ryan Dungey Photo Gallery: