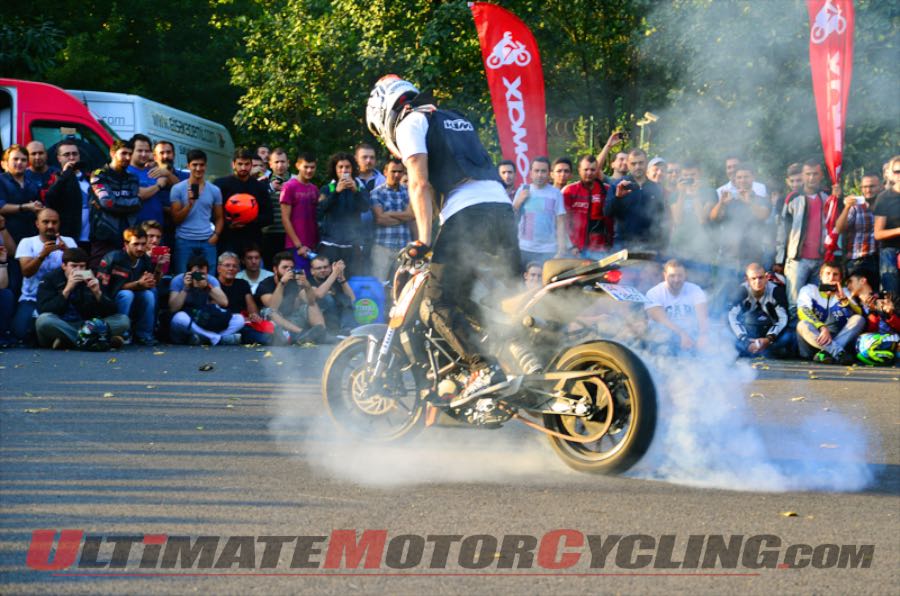 Rok Bagoros Stunts IstanbulFactory KTM stunt rider Rok Bagoros – known for stunting smaller machinery such as the KTM 200 Duke – recently visited Istanbul to entertain some Turkish fans.In typical “RokON” fashion, the Slovenian utilized his GoPro and HeadLens media to grab some footage and make a video for the fans. All together, the video is compiled from five-consecutive days of footage with only three hours sleep every night.Speaking of the video, Bagoros says: “This year I visited Istanbul for the first time in my life and had an amazing time. I explored the popular historic places, enjoyed the local food and met my Turkish fans that waited for me for many years … You don’t find a lot of moto freeride freestyle videos from Istanbul on web and that’s because one reason. The city with his 17-milion citizens is so crowded that is almost impossible to film some riding scenes on the historical places which are interesting for making such a video.“With my team we were prepared on this situation but we were still surprised. In mather to film such a movie we needed to wake up at 3am in the morning and be at the location at 4am when everybody is still sleeping. So with HeadLens media which were the official film crew for this project we filmed this video 5 days straight with only 3 hours of sleep every day. It’s been a constant fight with the weather, surface conditions (the streets of Istanbul are very slippery) and security but we made it.“It’s always exciting to make such kind of videos because it’s an interesting adventure that you never forget. Also trough filming such kind of videos I have a chance to see a bit of the local culture, because othervise I never have time, always after I finish the shows I fly to another one country for another live RokON freestyle show.”Bagoros will be back in Istanbul stunting during the four-day Eurasia Moto Bike Expo, which runs February 26 – March 1.Rok Bagoros Stunt Photo Gallery from Istanbul