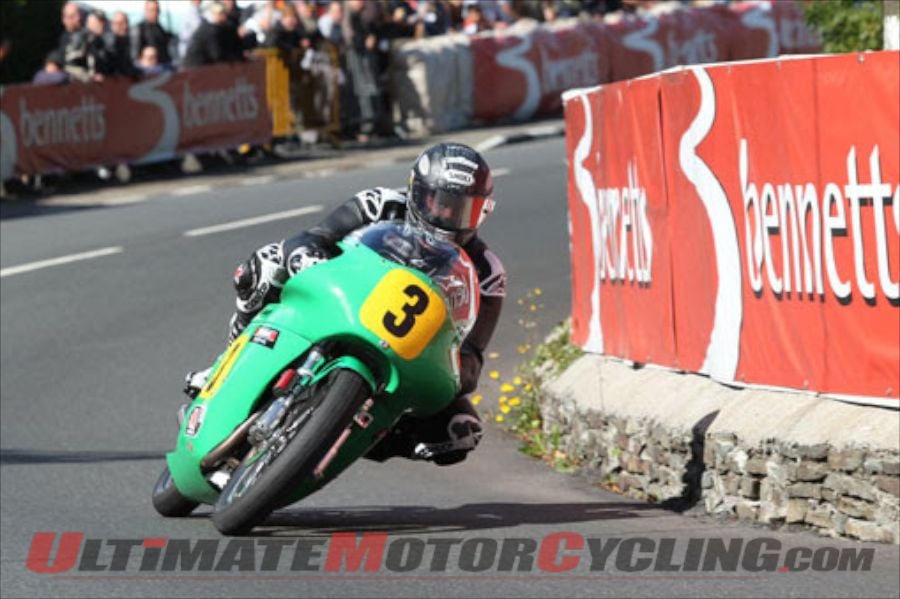 2014 Classic TT TeamsJames Hillier is one of the first riders to confirm his return to the Classic TT presented by Bennetts in 2014.The 28-year-old rider of the UK will contest the Motorsport Merchandise Formula 1 Classic TT Race on a Kawasaki ZXR 750 for Jackson/Greenall Racing.Hillier, who took his maiden TT victory in this year’s Bikesocial Lightweight TT Race on board the Quattro Plant Kawasaki, fully embraced the spirit of the inaugural Classic TT and although he was forced to retire from the Formula One Race, he did take a fine sixth place in the Bennetts 500cc Classic Race. Keen to build on his Classic TT experience, Hillier will have a superb chance of adding to his tally of wins around the Mountain Course next August.The bike he’ll ride is an ex World Superbike Kawasaki ZXR750 K1 that has been fully stripped down and rebuilt with the best parts available sourced from both the World Superbike and British Superbike paddocks.Greenall/Jackson Racing are no stranger to success having contested World and British Championships over the years with numerous wins and lap records whilst team principal Alan Jackson Jr. still holds the Manx Grand Prix outright lap record with a speed of 122.208mph set in 2005.Hillier has prior experience of working with the team as it was Alan Jackson’s GSXR600 Suzuki that James rode in Martin Bullock colours on his TT debut in 2008. It proved to be a successful partnership with the Hampshire rider taking 17th and 19th in the two Supersport Races that year to win two silver replicas and the coveted Newcomers Trophy.James Hillier says: “I really enjoyed the experience of last year’s Classic TT and it’s great to have a ride already sorted for next year’s event. There’s less pressure than at the TT and you can take it all in a bit more rather than being flat out all the time. It’s good to back with the Jackson Racing team and I’m sure their Kawasaki will be more than a match for anything else out there.”Alan Jackson (Team Principal) says: “The objective has been to build a package capable of challenging for the top step of the Classic TT Formula 1 Race and prove that a 750cc bike can win. We believe this is achievable with the tie up between ourselves (Greenall/Jackson Racing) and James Hillier as we’ve worked with James on his debut at the TT. James was the only choice for the rider when considering this package.”