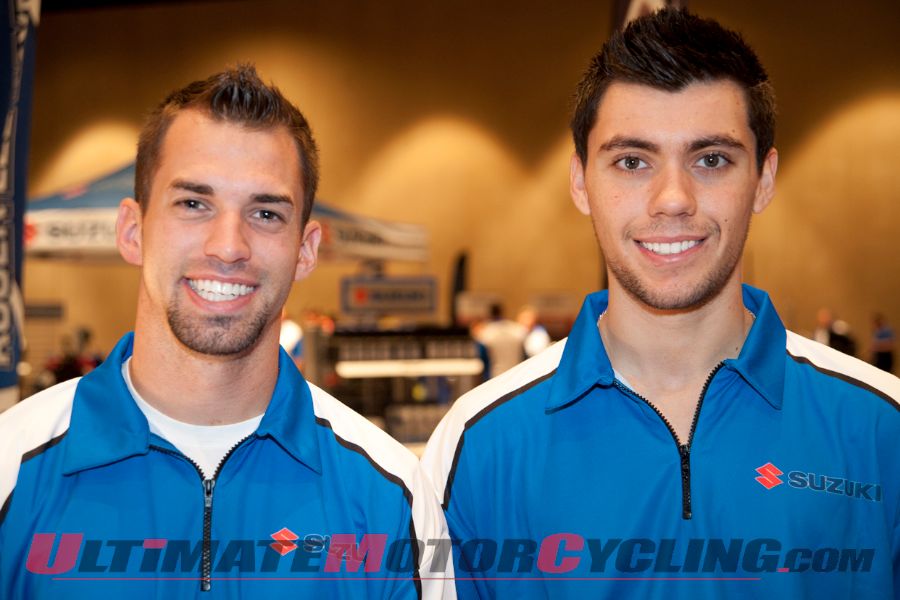 2012 AMA SuperbikeYoshimura Racing and American Suzuki Motor Corporation are proud to announce plans for the 2012 AMA Pro Superbike Championship Series that commences at the Daytona Beach International Speedway in Daytona Beach, FL on March 15-17, 2012.Team Yoshimura Suzuki’s returning rider, Blake Young, and new teammate, Chris Clark, will be aggressively campaigning for the 2012 championship aboard a pair of Yoshimura-prepared Suzuki GSX-R1000s.Yoshimura Racing and American Suzuki have a long history of dominating US racing in AMA Superbike. Yoshimura has led the factory Suzuki Superbike team to claim 10 of the last 13 AMA Superbike Championships as well as the sweep of the 2010 AMA Supercross and Motocross Championships. With Suzuki’s famed GSX-R1000 and its championship-winning DNA combined with their full factory support, Yoshimura Suzuki Racing is looking to dominate once again in 2012.Yoshimura Suzuki’s Young is coming off of a stellar season in 2011 that found the 24-year-old Wisconsin native with the most race wins for the year but falling just short of the championship at the last race in New Jersey. This will be Young’s fourth season aboard the GSX-R1000 with the Yoshimura Suzuki squad.Blake Young (Yoshimura Suzuki GSX-R1000) says: “I’m really excited for 2012. I know I’ve got the best bike in the paddock with the Yoshimura Suzuki GSX-R1000. It’s been like riding a real rocket ship for me and I learned a lot about what it takes to win a championship this year. We came up just a little short and I don’t want to be in that position in 2012.“We’ve got a great crew, the best bike, and a smarter rider, and I just want to go out and win races and bring home that championship for the team, and I’m gonna do everything I can to make sure that happens.”Young’s teammate, Clark, is new to the Yoshimura Suzuki team for 2012. The 20-year-old Las Vegas native turned pro in 2009 and was the recipient of the prestigious AMA Horizon Award, which recognizes the top amateur competitors with the best prospects for a professional career. Clark has shown promise in his first couple of outings on the Yoshimura Suzuki GSX-R1000 and is looking forward to his first year on the team.Chris Clark (Yoshimura Suzuki GSX-R1000) says: “I’m really happy. We just had our first real test in Daytona and the GSX-R is an amazing machine. I’m really looking forward to working with the team and I know I can learn a lot from them. They always have very solid results and they have an incredible amount of experience winning championships. I’m really excited to be with Yoshimura Suzuki for 2012.”Don Sakakura (Yoshimura Racing President) says: “We’re really looking forward to this next season. Blake was very close to pulling off the championship last year and I know he learned and matured a lot during that season. He’ll be coming into Daytona ready to fight for the 2012 title. Chris Clark is a welcome addition to our team. He had a solid test in Daytona and I know he’ll represent Suzuki and Yoshimura well.”Team Yoshimura Suzuki Racing’s season kicks off at the first round of 2012 AMA Pro Superbike Championship series at the Daytona International Speedway in Daytona Beach, FL, March 15-17, 2012.