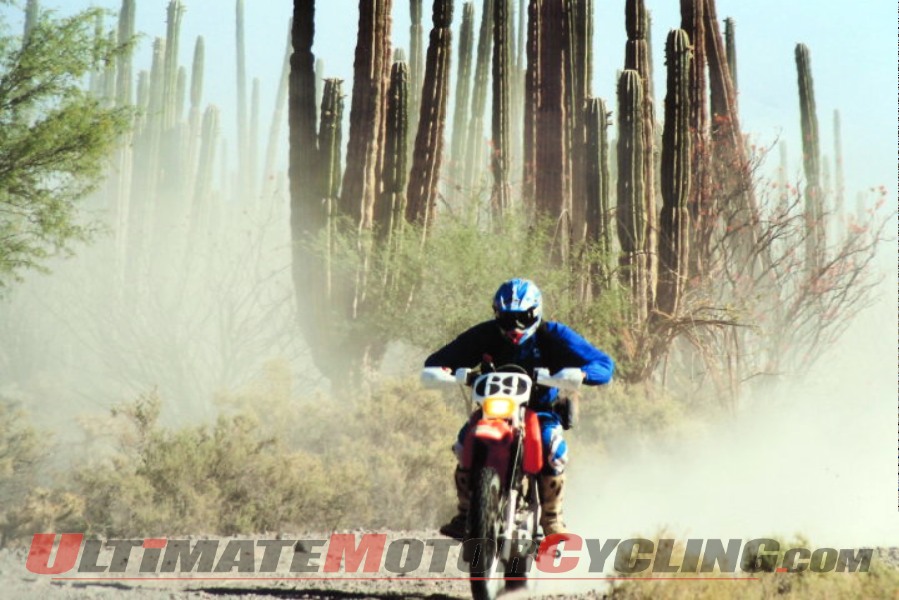 2010 marked the beginning of a new era in Baja racing with the inaugural running of the "new" NORRA Mexican 1000 race for vintage vehicles. As the original organizers of the first Baja race back in the late 60’s, NORRA set out to recapture both the look and feel of those groundbreaking days.

Racing the entire Baja peninsula with vintage motorcycles requires a special kind of competitor and attitude. The three-day stage format gave participants a chance to regroup each evening and prepare for the following day. Everyone involved lauded the rally format and inaugural event as a complete success.

For 2011, the Mexican 1000 is back again. This year’s running will take place May 4-8, starting in Mexicali, racing the entire peninsula and finishing again in LaPaz. There are categories to accommodate both early and late model vintage motorcycles. These are further divided into large and small displacement classes.

NORRA is excited to announce the new "evolution" classes that will give even more people an easy way to participate. For over twenty years, the Honda XR line of motorcycles has been a staple of Baja riding and racing.

Accordingly, this year two new classes for 1992-1999 air cooled XR’s have been established. Imagine all of those great XR’s that are sitting neglected in the corner of some garage just waiting for the opportunity to hit the dirt once again and race the Baja.

Equally exciting comes the announcement that motorcycle racing legend Larry Roeseler will once again compete in Baja on two wheels. As a member of the AMA hall of fame Larry is the perhaps the most accomplished off road racer of all time. His list of accomplishments includes 10 Baja 1000 wins, 12 Baja 500’s. Larry is also a 10-time ISDE gold medalist.

Other participants for this year’s event will include last year’s runner up team of Ruben Hale of Tijuana. The Hale family are long time Baja racers, their pictures line the walls of Mama Espinosa’s restaurant in El Rosario. Ruben and his teammates showed up last year with a showroom new Honda XR500 that they purchased on EBay.

Paul Fournier of Oregon has been documenting his extensive 1972 Honda SL350 project on AdvRider.com. 2010 SCORE Baja 1000 Ironman champion Gabe Williams of Utah will ride a 1989 XR600. Then to add a European flavor Chilly White is preparing a 1991 KTM 250exc to ride in the lightweight class.

With just over two months until the event, there is still time for interested racers to prepare and sign on to be part of this historic race. The stage format will include overnight stops in scenic Bay of Los Angeles and Loreto. Pit assistance is available from Mag 7, so the logistics will not be too difficult even for newcomers to Baja.