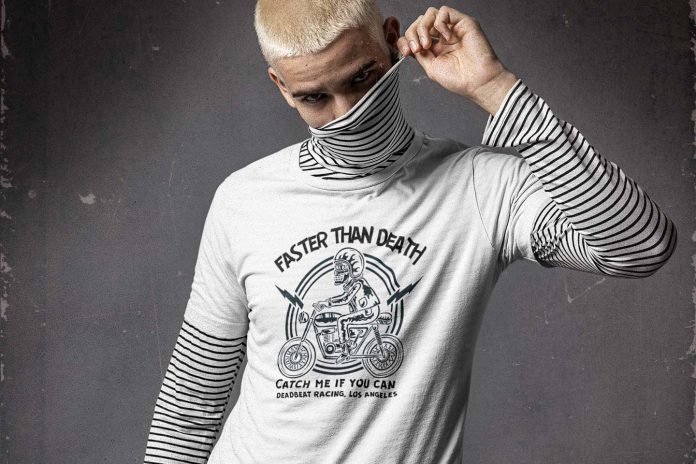 It’s always interesting when worlds collide. I was looking at my Facebook feed, which is an eclectic mix of people in the motorcycle world and the world of underground music. Sure, there are a few crossover people, but generally, the twain shall not meet. So, when one of my music friends pitched a t-shirt company that featured art with motorcycle themes—Dandy Teez—that caught my eye.My friend Melanie Vammen fits into my life in an unusual way. Two of my ex-girlfriends started a band in the 1980s—The Pandoras. One of them kicked out the other, and Melanie was the replacement. Is the word “awkward”? Probably. 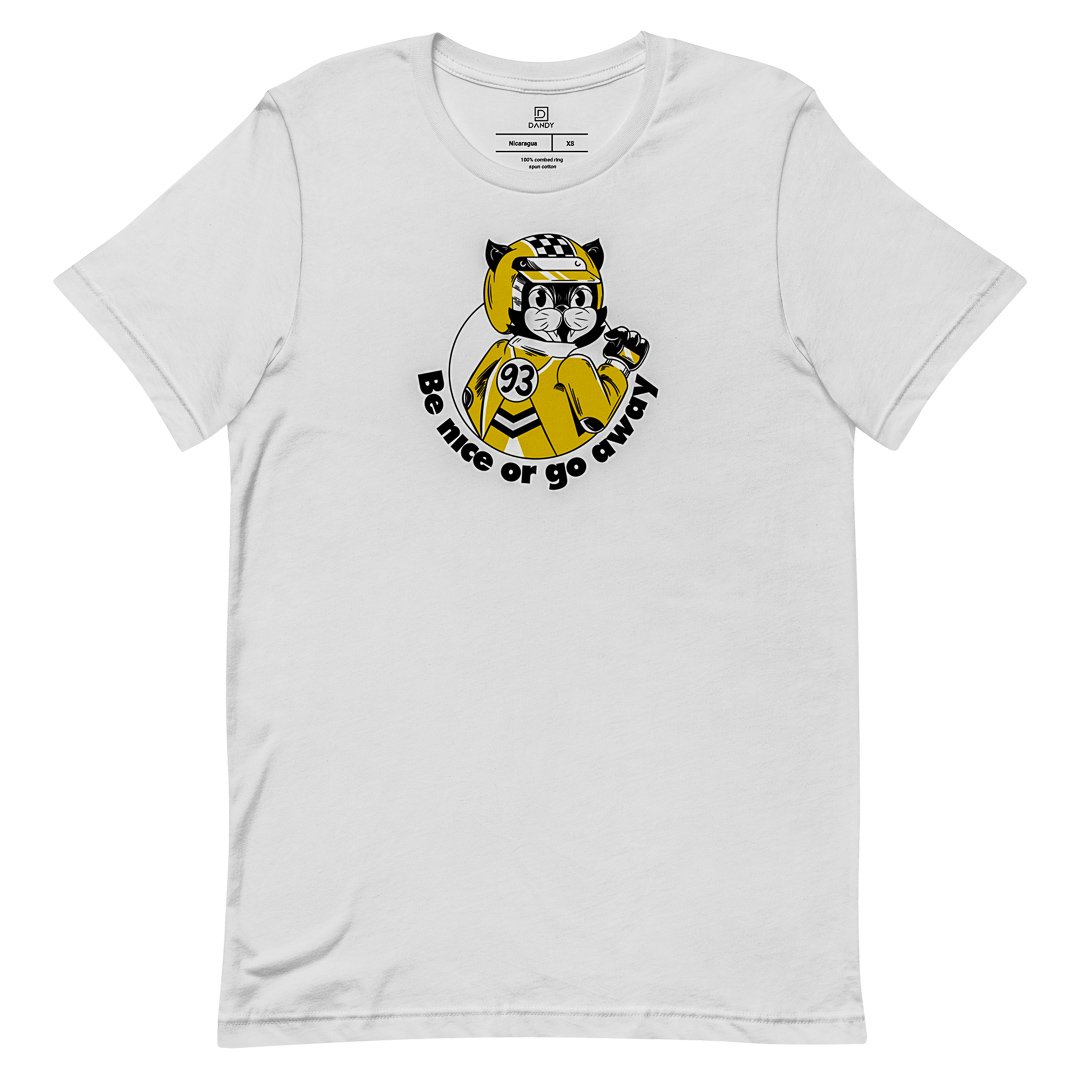 Melanie eventually ended up in the iconic LA band The Muffs, then the iconoclastic Leaving Trains, before returning to a reconstituted Pandoras, plus The Coolies. She also plays with Josie Cotton these days, if things haven’t gotten quite arcane enough for you yet. Josie has a signature song with a title that is best left unmentioned due to the intolerant in our society, but you can look it up—it’s a fun song. Heck, The Go-Go’s covered it early in the career, and it was a crowd favorite, back when people weren’t overly sensitive and looking for something to be angry about.The connection here is that one of Melanie’s bandmates in the latter-day Pandoras was Hillary Burton. Hillary has been in several cool underground bands, and she’s the mastermind behind the Dandy Teez t-shirts that Melanie was promoting. 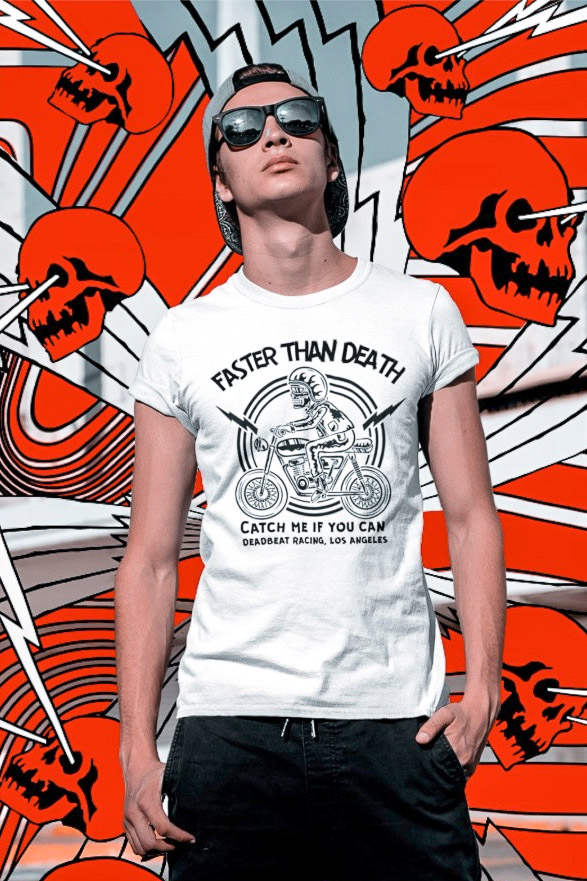 The first thing from Dandy Teez that caught my eye was the Faster Than Death t-shirt, subtitled Catch Me If You Can. It also references Deadbeat Racing, Los Angeles. Okay, there are lots of rock ’n’ roll touchpoints, plus a great drawing of a helmeted skeleton riding a caféd vintage motorcycle. I’m sold! Plus, on the front is the Dandy Teez logo, a black alley cat, and the catchphrase Fierce Attire. So far, so great.Next up, I see a t-shirt with the Dandy Teez cat—christened Racer Cat—with a helmet on that has slits for his (I’m assuming gender here; please forgive me) ears. On Racer Cat’s back is #93. Well, now. That can’t possibly be a coincidence. I had to find out more about Hillary and Dandy Teez. My rock ’n’ roll and motorcycle worlds had collided. 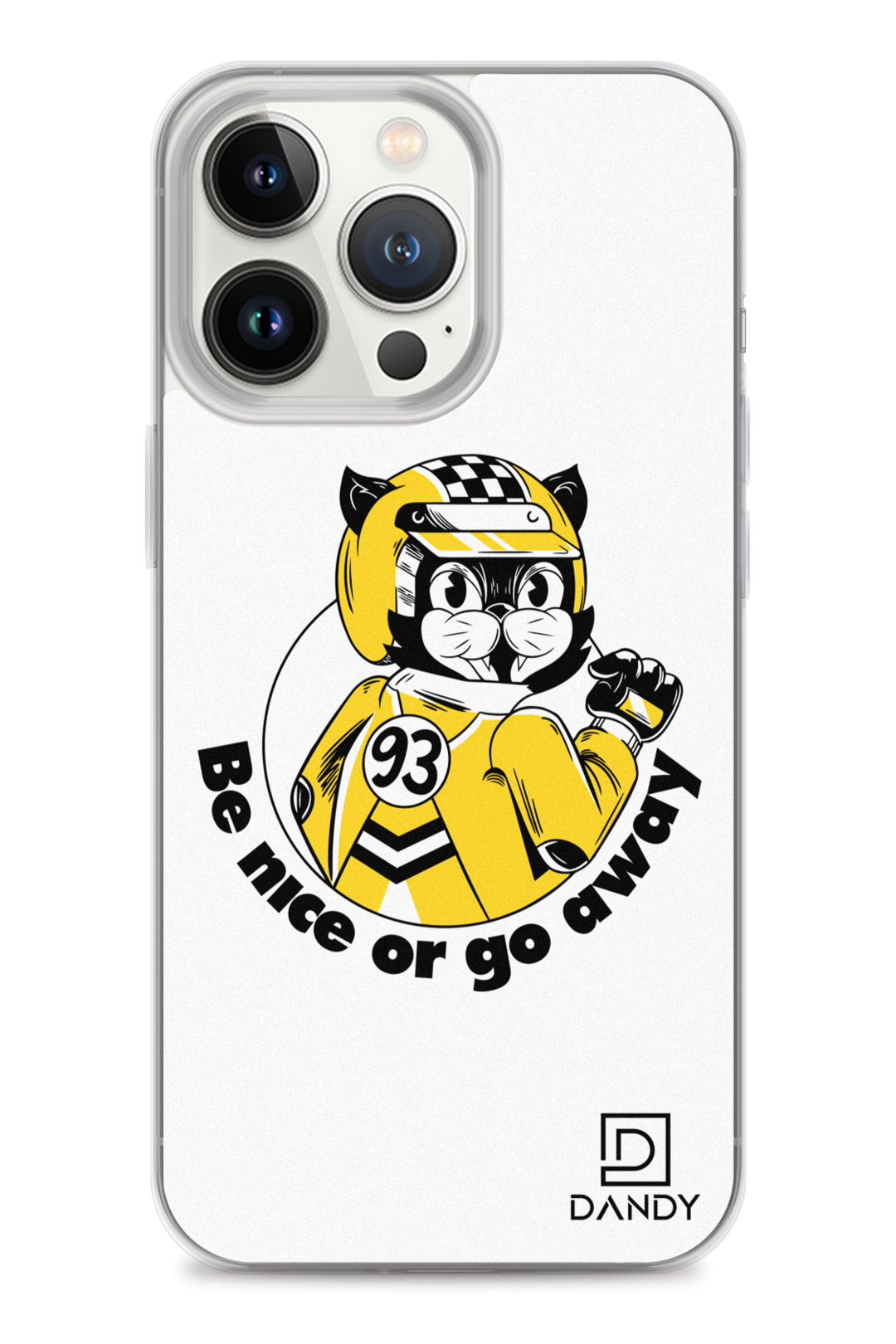 You’ll be pleased to know that Hillary rides a Ducati Scrambler when she’s not making music—most recently in the impressively noisy Trouble Seekers—or designing cool Dandy Teez apparel and other accessories, such as phone cases, backpacks, and bags.Note that even though Hillary appropriated Marc Márquez’s number, she says Fabio Quartararo is her favorite. Let’s face it—#93 looks better on a t-shirt than #20.Dandy Teez gear also includes panthers, octopi, and one collection of drawings I particularly like called Doodle Pow! So, yeah, check it out, and know that you’ll be supporting a moto household.