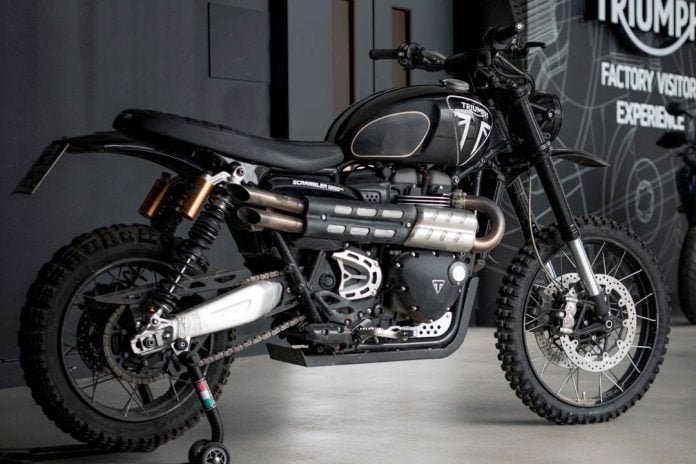 Movie motorcycles are almost always cool, and the Triumph Scrambler 1200 XE that James Bond (portrayed by Daniel Craig) rode in last year’s No Time To Die is no exception. Movie motorcycles frequently sell at a premium at auctions, and this particular bike went for £138,600 this week at a Christie’s charity event.The sale price for the custom Scrambler with off-road knobby tires was certainly a surprise. Christie’s estimated a sale price to be no more than £30,000, and The Bond Scrambler sold for over four times that amount. 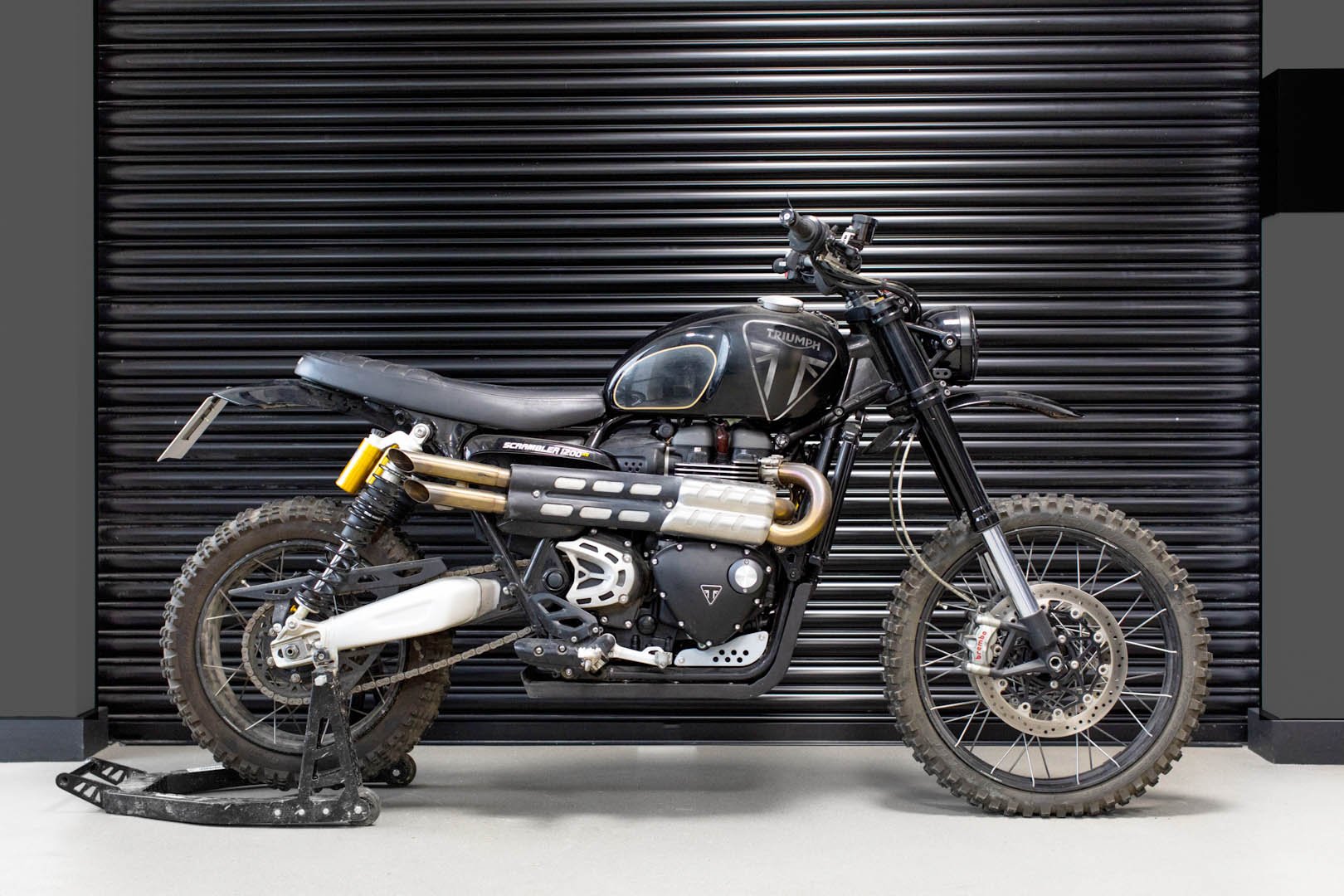 The value of the 007 Scrambler may have been enhanced by the charity aspect. Severn Hospice is the exclusive beneficiary of the auction—neither Eon Productions, which produced No Time To Die, nor Christie’s made money on the transaction.In addition to Craig being at the controls of the Triumph Scrambler 1200 XE, stunt riders Martin Craven and Paul Edmondson had screen time on the motorcycle. We have also ridden the Triumph Scrambler 1200 XE, though not the Bond iteration.“It’s an incredible beast,” Cravin noted. “The Scrambler did everything we threw at it. We raced it to an inch of its life.”Edmondson chimed in, adding, “Riding the Scrambler in No Time To Die was a privilege and certainly brought a smile to my face every time I rode it.”The auction for the Scrambler from No Time To Die—the 25th Bond movie and swan song for Craig in the role of James Bond—featured a wide variety of mementos from the movie, including props, watches, costumes, and other vehicles.Don’t despair if you missed out on the Bond Scrambler. The charity auction continues until October 5—the 60th anniversary of the premiere of Dr. No, the first James Bond film. There are still 60 Bond lots for auction by Christie’s culled, from the 25 movies featuring Agent 007, including movie posters for Goldfinger, Live and Let Die, The Man With the Golden Gun, Moonraker, and Octopussy. Alas, no more motorcycles.