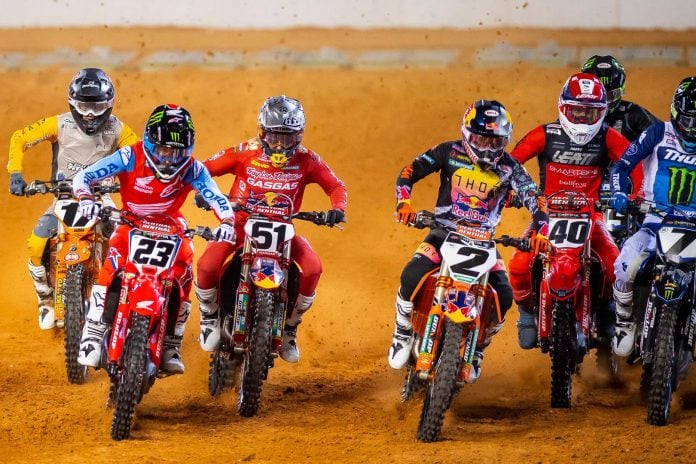 The 2022 Monster Energy AMA Supercross Championship Series is about to get underway, and that means RMFantasySX.com fantasy supercross from Rocky Mountain ATV/MC is back. It’s our favorite fun way to play fantasy supercross, as it’s simple yet challenging. There are prizes for winning, it’s free to play, and you can set up leagues. With defending champion Cooper Webb lining up against challengers Ken Roczen, Eli Tomac, Justin Barcia, Dylan Ferrandis, Chase Sexton, and Adam Cianciarulo, picking a top 5 in the correct order will be more challenging than ever. Plus, the ever-elusive Wild Card can make or break a week’s scoring. With that in mind, let’s get started.Here’s a recap of my RMFantasySX.com fantasy supercross picks, or first look for those who don’t want to read my commentary:Wild Card P10: Aaron Plessinger2021 Monster Energy AMA Supercross Championship Series Final Standings