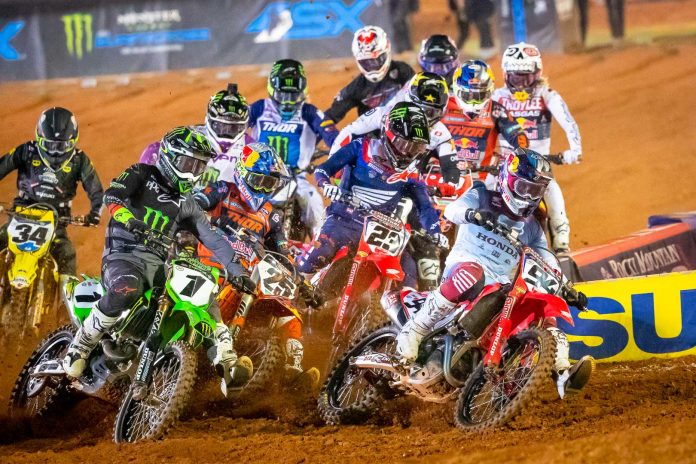 It’s going to be a confusing year for Monster Energy Supercross fans when it comes to watching it on cable. Race coverage on cable is spread out over NBC, CNBC, and USA Network. However, if streaming works for you, it’s much more straightforward—every race (except Anaheim 3) is available on NBCSports.com and the NBC Sports app. On the upside, all the races are being broadcast live—again, with A3 being the exception on cable—with NBC running repeats of Anaheim 2, Minneapolis, and the finale at Salt Lake City as part of the 2022 Supercross television schedule.You can skip all the confusion by signing up for Peacock, which we recommend to even semi-serious fans. Peacock Premium is $4.99 a month, and well worth it. In addition to the races being shown live, you also get qualifying coverage, and most advertisements are stripped from the feed. Also, the races are available on-demand from Peacock if you miss the live coverage.Leigh Diffey and Todd Harris will be doing play-by-play. Daniel Blair and Will Christien are the on-track reporters, with Blair doing play-by-play for a few races. Ricky Carmichael returns as an analyst.Chasing defending Supercross Champion Cooper Webb are former 450SX Champions Eli Tomac and Jason Anderson, as well as Ken Roczen, Dylan Ferrandis, Justin Barcia, Malcolm Stewart, Marvin Musquin, Aaron Plessinger, and Adam Cianciarulo.

Note: All times are Eastern Time. All races live on Peacock ($4.99/month). Check your local listings, as everything is subject to change. We will do our best to keep this page updated. 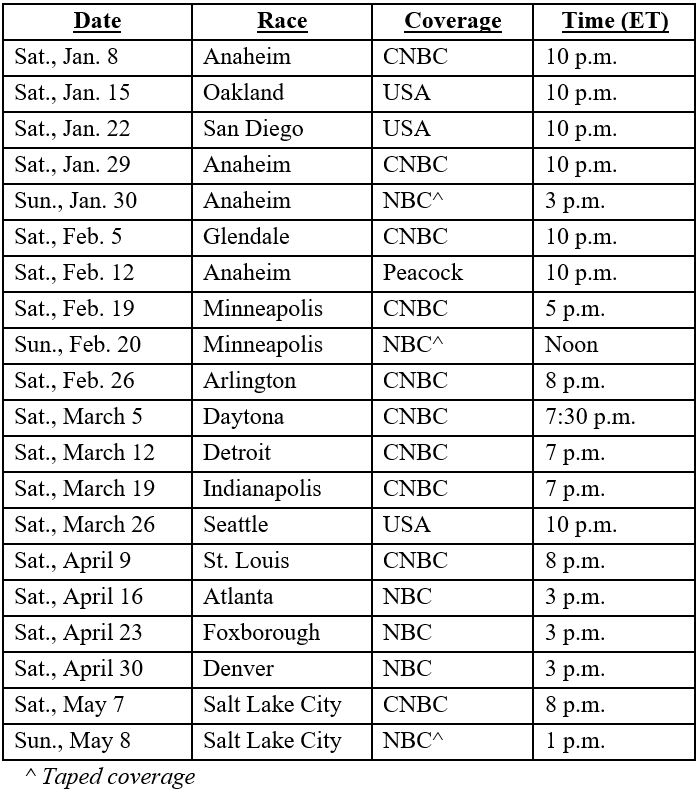