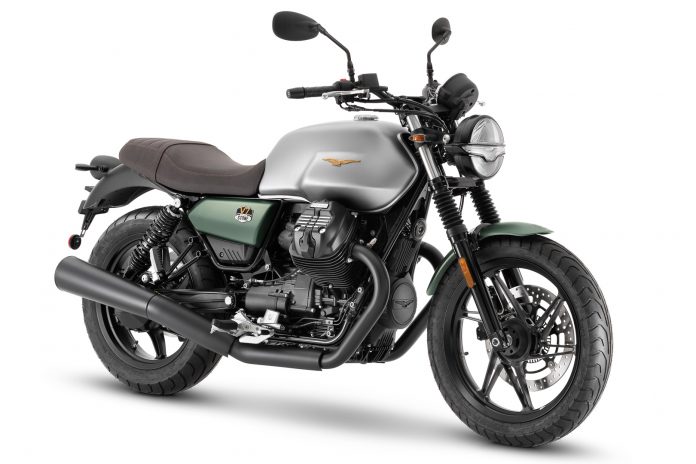 Back in December, we gave you a first look at the new 2021 Moto Guzzi V7 lineup. The big news was an increase in displacement to 853cc, with the V85 TT motor as a starting point for the latest V7 iteration. Moto Guzzi revealed two models at the time—the V7 Stone and the V7 Special.Now, we’re finding out about a third variant—the 2021 Moto Guzzi V7 Stone 100th Anniversary edition. Moto Guzzi is celebrating its centennial, and this model is the V7 Stone with special livery intended to evoke the 1955 Otto Cilindri racebike—yes, it had an eight-cylinder motor. 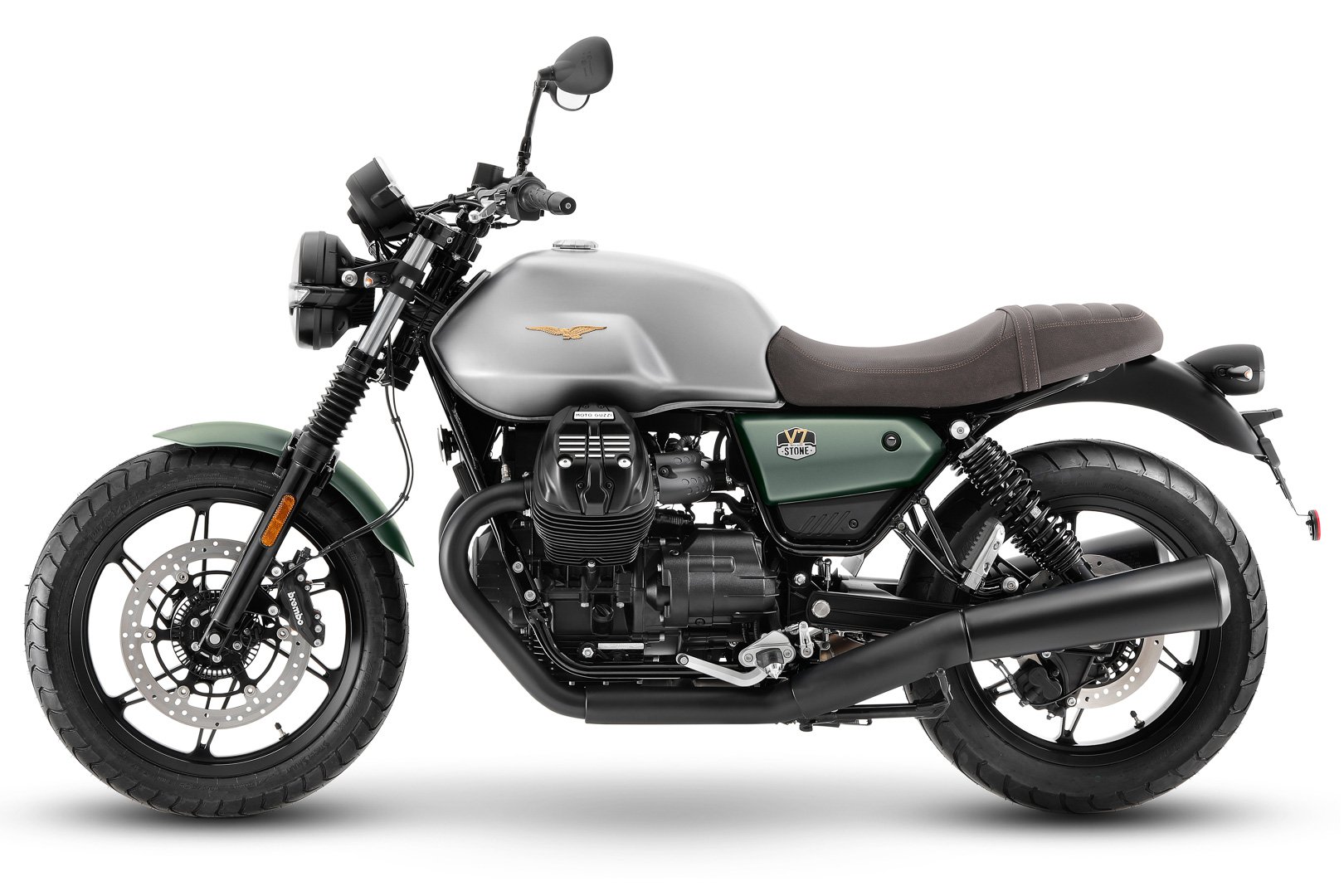 Matte is the finish of choice, with the tank being gray, the side panels in green, and the seat in brown. The Moto Guzzi eagle is rendered in gold on the tank, and gold is used for the V7 nameplate on the side panels. There’s also a Moto Guzzi 100 decal on the green front fender. 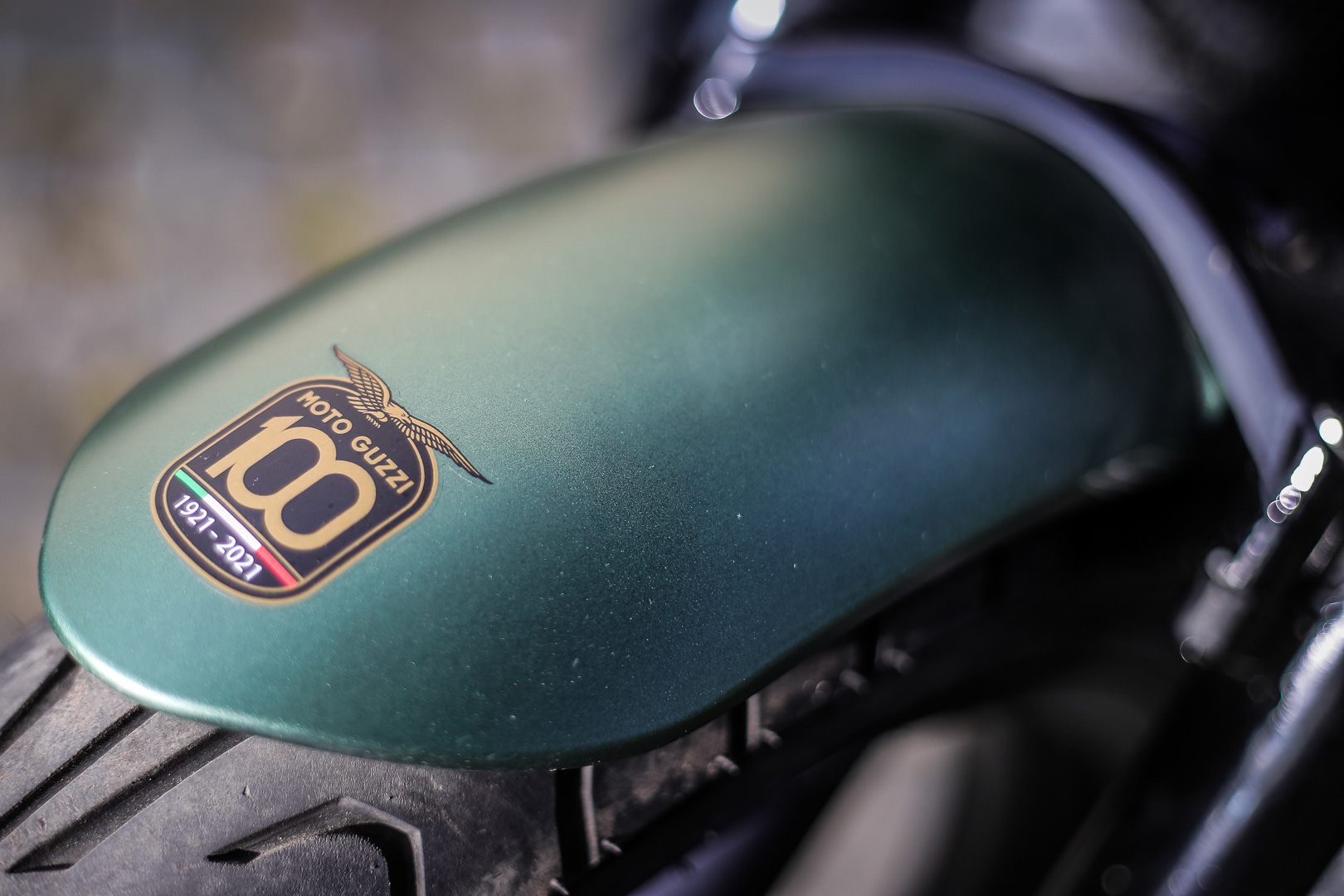