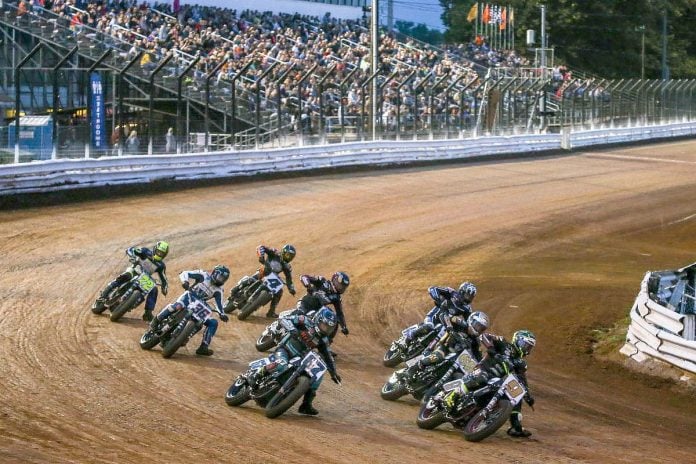 The 2021 American Flat Track schedule has been revealed, and it features 17 rounds running from March to October, and coast-to-coast. There are four doubleheaders planned in the Progressive American Flat Track championship series, though one is still TBA.The first doubleheader is the season opener at Volusia Speedway in Barberville, Fla, during Daytona Bike Week. The next doubleheader is on Father’s Day weekend in Oklahoma City at Remington Park. Illinois State Fairgrounds is the third doubleheader site, as there will be back-to-back Springfield Miles on the traditional Labor Day weekend. The hope is a fourth doubleheader to be held in California in September. A location isn’t listed, but a pair of Sacramento Miles has to be the hope.There are plenty of other historic races, including the Texas Half-Mile in May, Lima Half-Mile in June, the DuQuoin Mil in July, and the Peoria TT in August. The finale is set for October 8, when American Flat Track will be running the Charlotte Half-Mile at Charlotte Motor Speedway in Concord, NC.