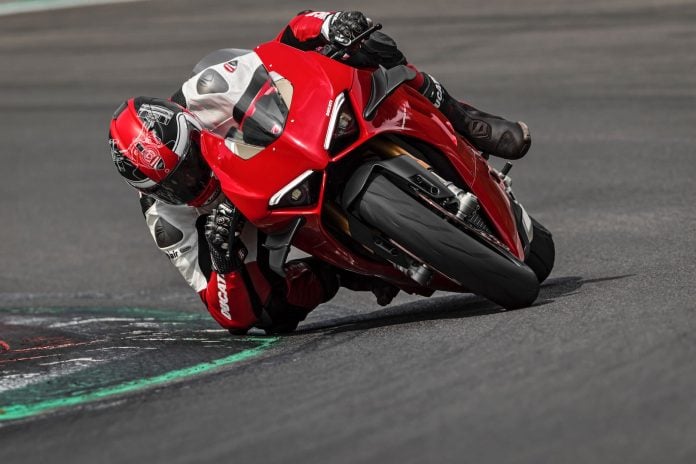 The Bolognese haven’t been resting on their laurels, and the 2020 Ducati Panigale V4 and V4 S receive several significant upgrades, many of which are derived directly from the World Superbike ready V4 R.Aimed at improving rideability, handling, and comfort, Ducati hopes these changes make the 1103cc Desmosedici Stradale powered beasts less fatiguing, despite putting out 214 horsepower. We can’t wait to get our mitts on the 2020 Panigale models, but until then, here are the Fast Facts. 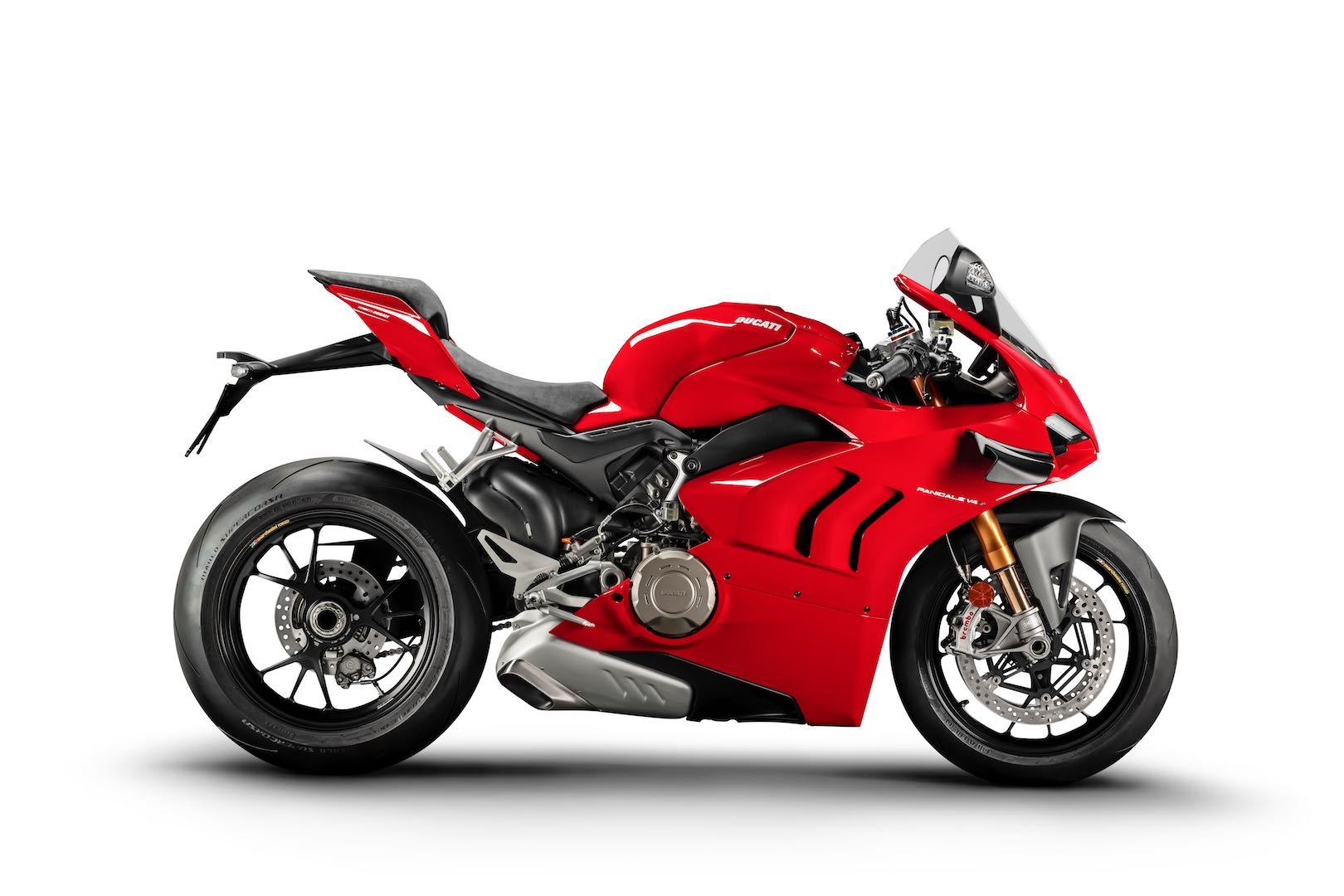 1. The 2020 Ducati Panigale V4 and V4 S feature revised fairings, as well as winglets, derived from the V4 R. Bringing the whole Panigale in line with one another, the most obvious addition to the V4 street models is the inclusion of aerodynamic winglets, which Ducati says adds 66 pounds of downforce at 168 mph. The windscreen is 15mm broader and taller, with a steeper angle, providing better wind protection for the rider. Furthering aerodynamic improvements are larger fairings with the width increasing by 38mm on each side. This aims to reduce air-drag on the rider. Lastly, the fairing vents have been redesigned to allow for more airflow into the chassis, helping cool the engine more efficiently.2. Refined Ride-by-Wire maps are part of the package in 2020. New throttle maps, with several torque delivery control settings, should help riders tailor the V4 and V4 S to their liking. Beyond that, Ducati wanted to deliver power in a smoother, more linear fashion, which will certainly help when driving off the apex.3. Ducati electronics package enjoy more fine-tuning with Evo 2 traction control and bi-directional quickshifting. Equipped with six-axis-IMU supported ABS, TC, wheelie control, slide control, launch control, brake control the Panigale V4s have taken technology to the next generation. Traction control maps have been refined, based on WSBK experience with the V4 R, and claim to improve its capabilities through a predictive strategy that detects losses of traction sooner and smoother. The clutchless shifting system has minimized kill-times, with an emphasis placed on aggressive track riding. 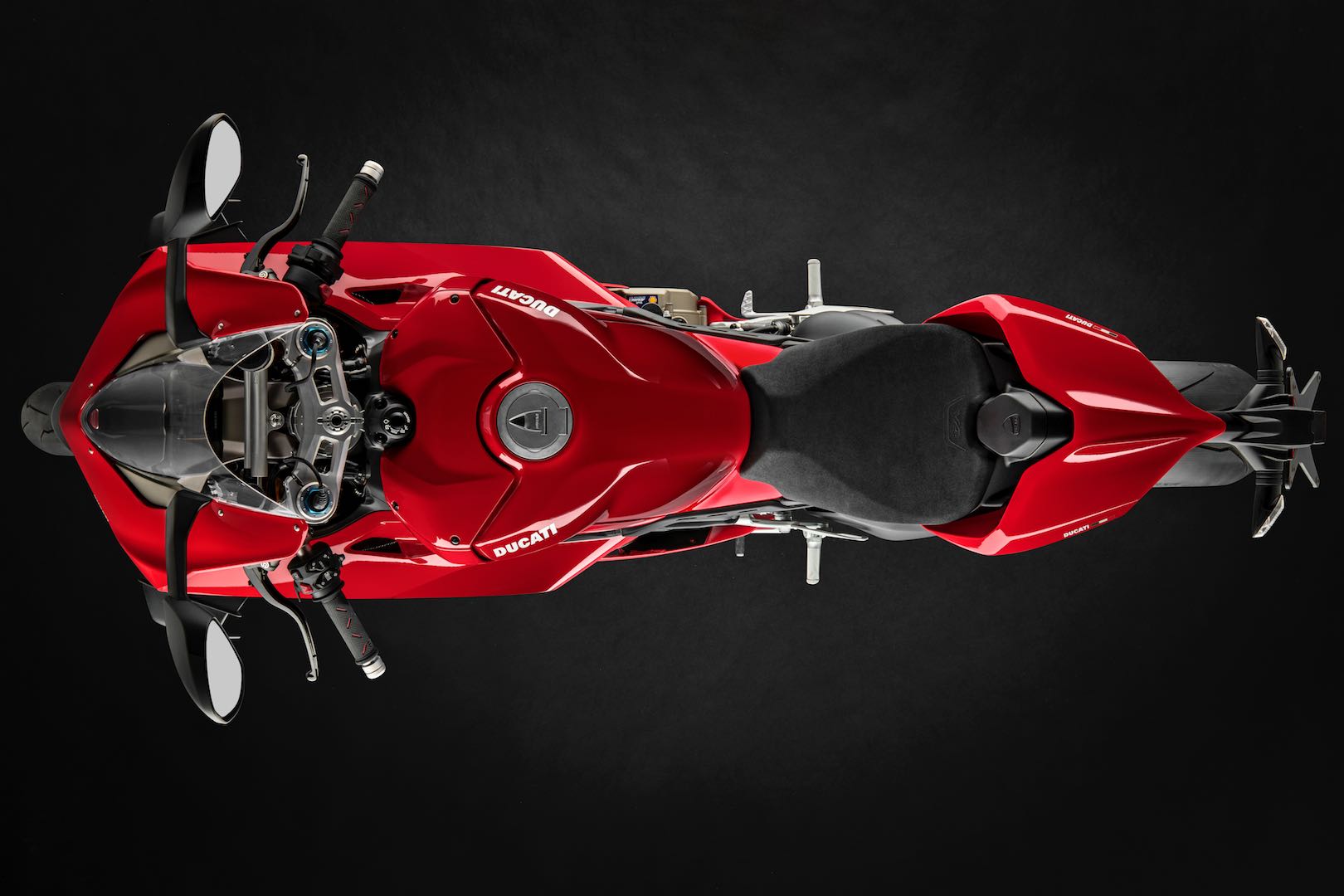 4. The 2020 V4 and V4 S have the “front frame” from the V4 R. One of the key differences between the 1103cc V4 models, and the race-ready 999cc V4 R was the front frame, which Ducati claims gives the rider more front-end feel when at maximum lean due to increased flex. Now, all Ducati Panigale V4-powered Superbikes share a front frame and benefit from the enhanced front-end feedback.5. Suspension geometry has been slightly altered to improve handling characteristics. The Ducati Panigale V4 stands out in the Superbike class as one of the most agile machines on the market. However, the Ducati engineers wanted to improve it even more. To do that, the mounting of the fork legs—Öhlins on the V4 S, Showa that have been shortened by 5mm. According to Ducati, those changes have resulted in raising the center of gravity within the bike by 5mm. The claim is that this has improved its tip-in rates. Also, the slightly higher tail height helps prevent excessive squatting, and claims to improve stability on exit. With all these changes, Ducati says the rake (24.5 degrees) and trail (100mm) are unchanged.6. Suspension settings have changed, too. Helping the handling cause in 2020 are softer springs with more spring-preload. Ducati has used the same strategy for the Öhlins-equipped V4 S and the Showa/Sachs sporting V4. According to Ducati, this change benefits non-racers. 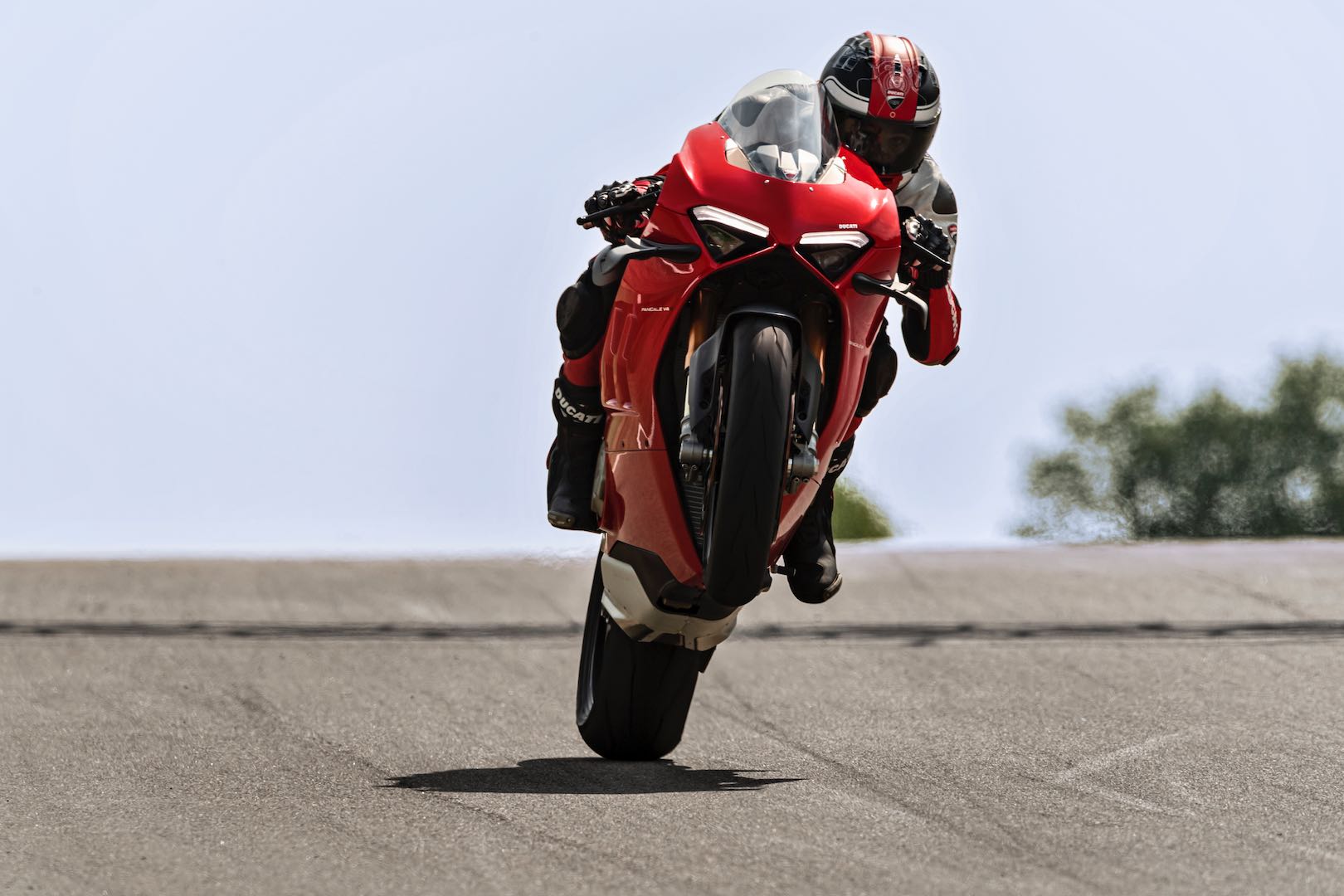 7. As a reminder, here are the features that make the V4 S a higher-grade model than the V4:8. US pricing is TBA. We haven’t received a confirmation of pricing stateside, but our European compatriots are seeing a €500 increase to the MSRP of the V4 and V4 S models. We expect similar changes here.